New York
Where to go
Airports
The enduring charm of the "Big Apple"
No city in the world can match New York City’s unparalleled energy, or the tremendous pride New Yorkers take in opening their arms to our more than 54 million annual visitors annually. There is always something fun, exciting and inviting to do here: a Broadway show, concert, museums and exibitions, historical attraction and the best restaurants in the world.

The city extends partly over land and partly over several islands and is divided into five administrative districts: The Bronx, Brooklyn, Manhattan, Queens and Staten Island. Each district offers opportunities for discovering something new.
THE BRONX

Bronx
The Bronx is located north of Manhattan and is a lively destination where visitors can stay in hotels at affordable prices and can stop by the world-famous Yankee Stadium, dine at some of New York City’s best restaurants, visit the largest urban zoo in the world and discover the culture of hip-hop music or the Italian-American atmospheres of Arthur Avenue. The Bronx has more green space than any other urban area nationwide.
BROOKLYN 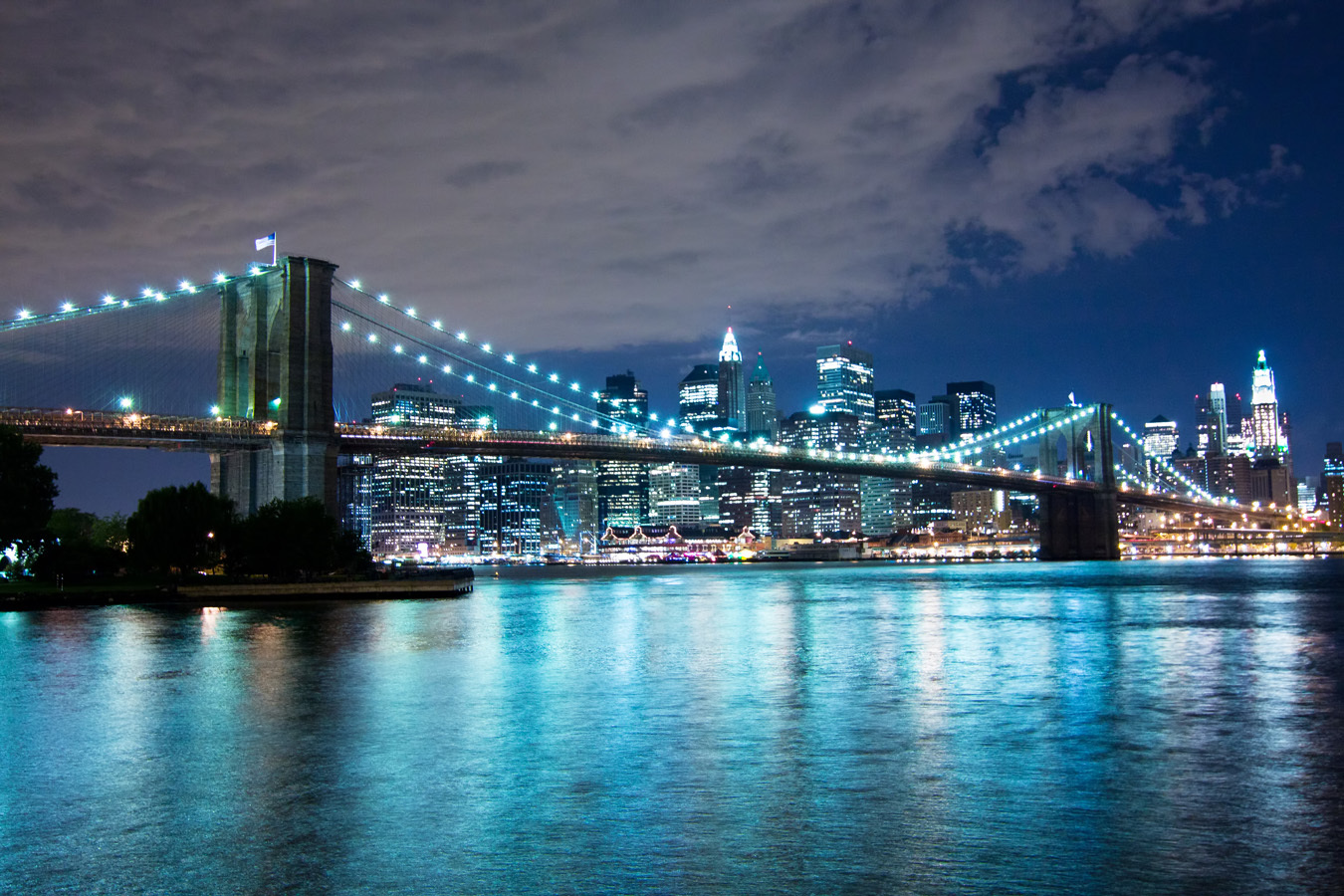 Brooklyn Bridge
The most populous of New York City’s boroughs. From trendy boutiques and restaurants in Williamsburg to picturesque brownstones in Brooklyn Heights, Park Slope and Cobble Hill to the new Brooklyn Bridge Park on the waterfront, the borough offers authentic and diverse experiences. Over the last few years, Brooklyn has seen a significant increase in the number of hotels, offering guests everything from bed & breakfast accommodation to boutique hotels and full-service properties.
MANHATTAN 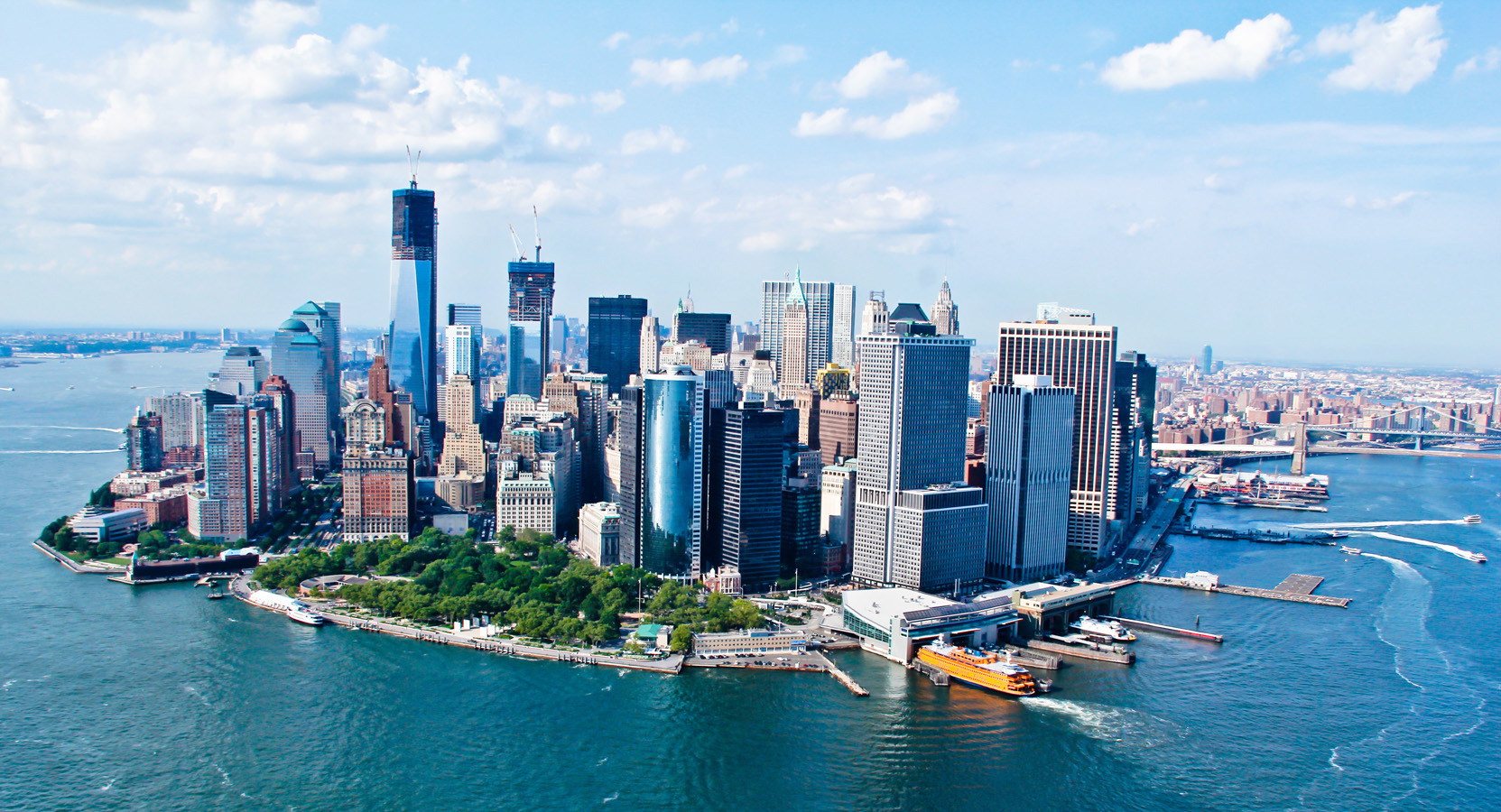 Manhattan
Much of what many envision of New York City - bright lights and yellow taxis in Times Square, sprawling green of Central Park, the tiered crown of the Art Deco Chrysler Building - is found in Manhattan. From uptown to downtown, from Broadway to Off-Broadway, East Village to West Village, Manhattan offers the best in hotels, dining, shopping, entertainment and performing arts.
QUEENS

Queens
For a vibrant sample of culture of all kinds, Queens is the perfect destination. It serves up multi-ethnic cuisine, including Indian and East Asian food in Jackson Heights and Flushing, Greek and Brazilian fare in Astoria, Mexican in Corona and Irish and Thai in Woodside. Queens is also a sports and cultural destination. The borough has seen a dramatic increase in the number of hotels, especially in Long Island City.
STATEN ISLAND

Staten Island
Staten Island district is the least known of the five New York City. Ride the free Staten Island Ferry for scenic views of the Lower Manhattan skyline and disembark in St. George, a neighborhood of art galleries, bars and the St. George Theatre. Staten Island offers also golf courses, beaches and see a Staten Island Yankees Game stadium. Staten Island is home to a growing number of accommodations, including the Hilton Garden Inn New York/Staten Island and the Hampton Inn & Suites Staten Island, both of which are a short, 20-minute drive from Newark Liberty International Airport.
The dishes of the New York cuisine
Being a cosmopolitan city, New York cuisine is influenced by many different cultures. Breakfast for New Yorkers (and in general for Americans) is the most important meal of the day and you eat milk with cereals, yogurt, juices, toast, pancakes, scrambled eggs, bacon, bacon and, of course, you can not miss a steaming American coffee. 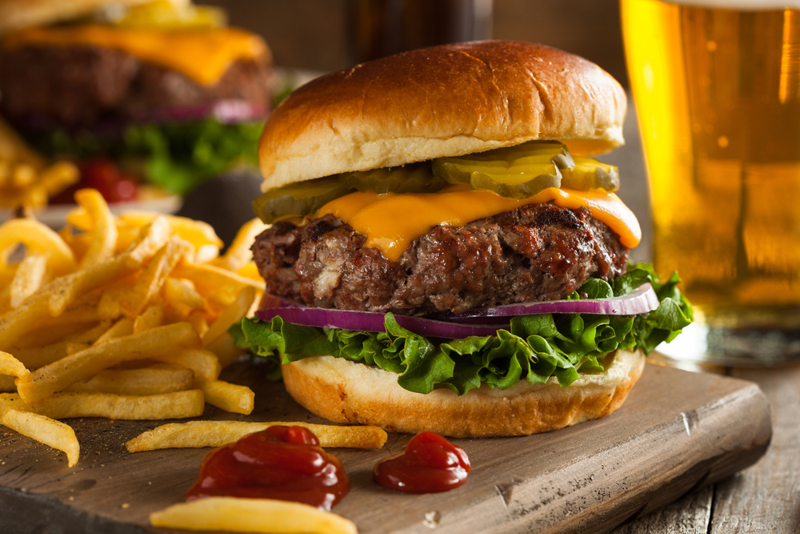 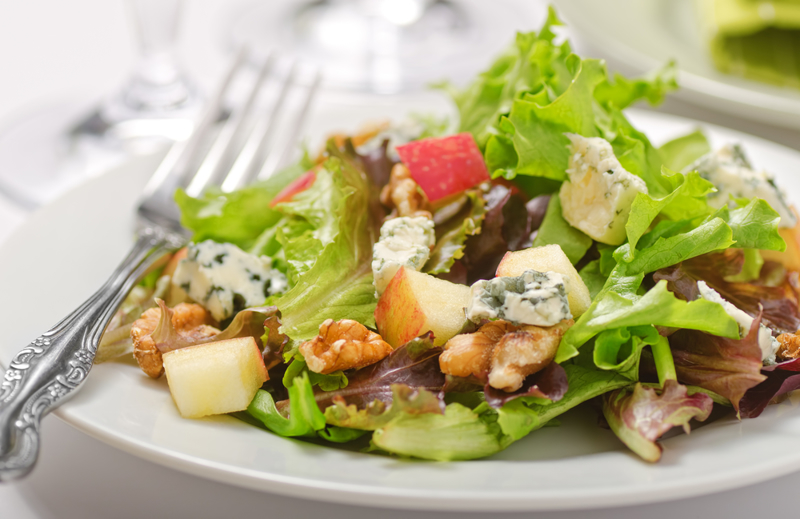 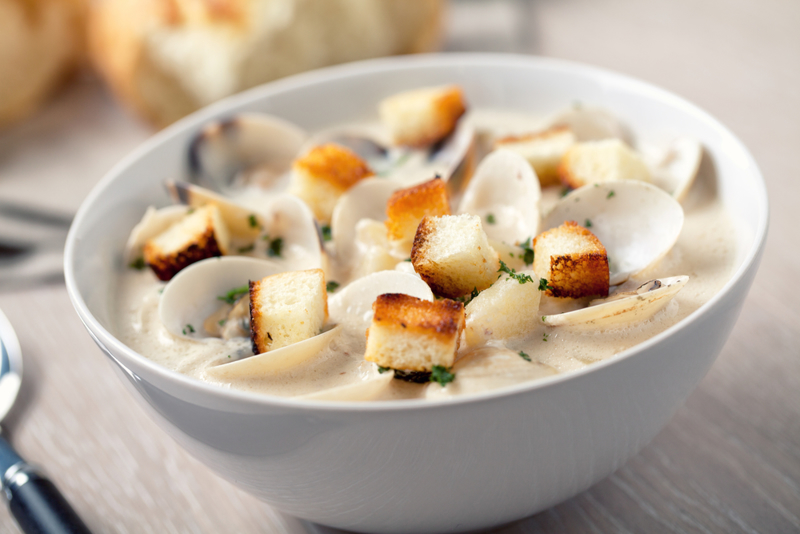 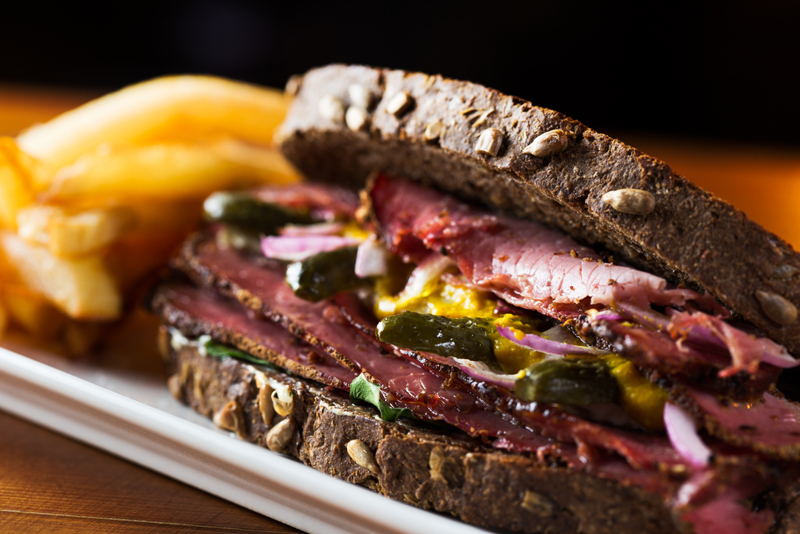 Corned Beef on Rye
At lunch usually eat a quick meal like a hot dog, the famous sausage with sauces, an hamburger, pizza or a giant Pretzel. At dinner instead you taste typical dishes like the Waldorf salad (with lettuce, apples and walnuts), the Clam Chowder (clam soup accompanied with croutons), the Corned Beef on Rye (beef covered with rye bread with mustard and pickles). Among the desserts there is the famous Cheesecake and Dim Sum, steamed desserts.
Shopping in New York
(SoHo, NoHo, East Village)

SoHo is a shopper's paradise with luxury stores like Prada, Saint Laurent, Alexander Wang and other brands. The department stores of Bloomingdale's SoHo and Opening Ceremony offer designer concessions, while vintage haven Reformation repurposes used clothing. NoHo, nearby, is part of the neighbourhood and has enormous cultural appeal: the former haunt of artists such as Andy Warhol and Jean-Michel Basquiat, it is the perfect place for listening to live music, going to the theatre or admiring art at The Hole gallery. Alongside NoHo, East Village is the neighbourhood that made Blondie, the Ramones and the New York Dolls famous in the late '70s. The area offers many record shops and punk-rock clothing boutiques.
Text by Nicolò Villa
Photos: Sisterscom.com, Shutterstock
Video: www.visittheusa.com
Copyright © Sisterscom.com
Published on Avion Tourism N69; N4/2018-19; N72/2019
Tourism Boards
www.nycgo.com
www.visittheusa.com
Where to sleep in New York 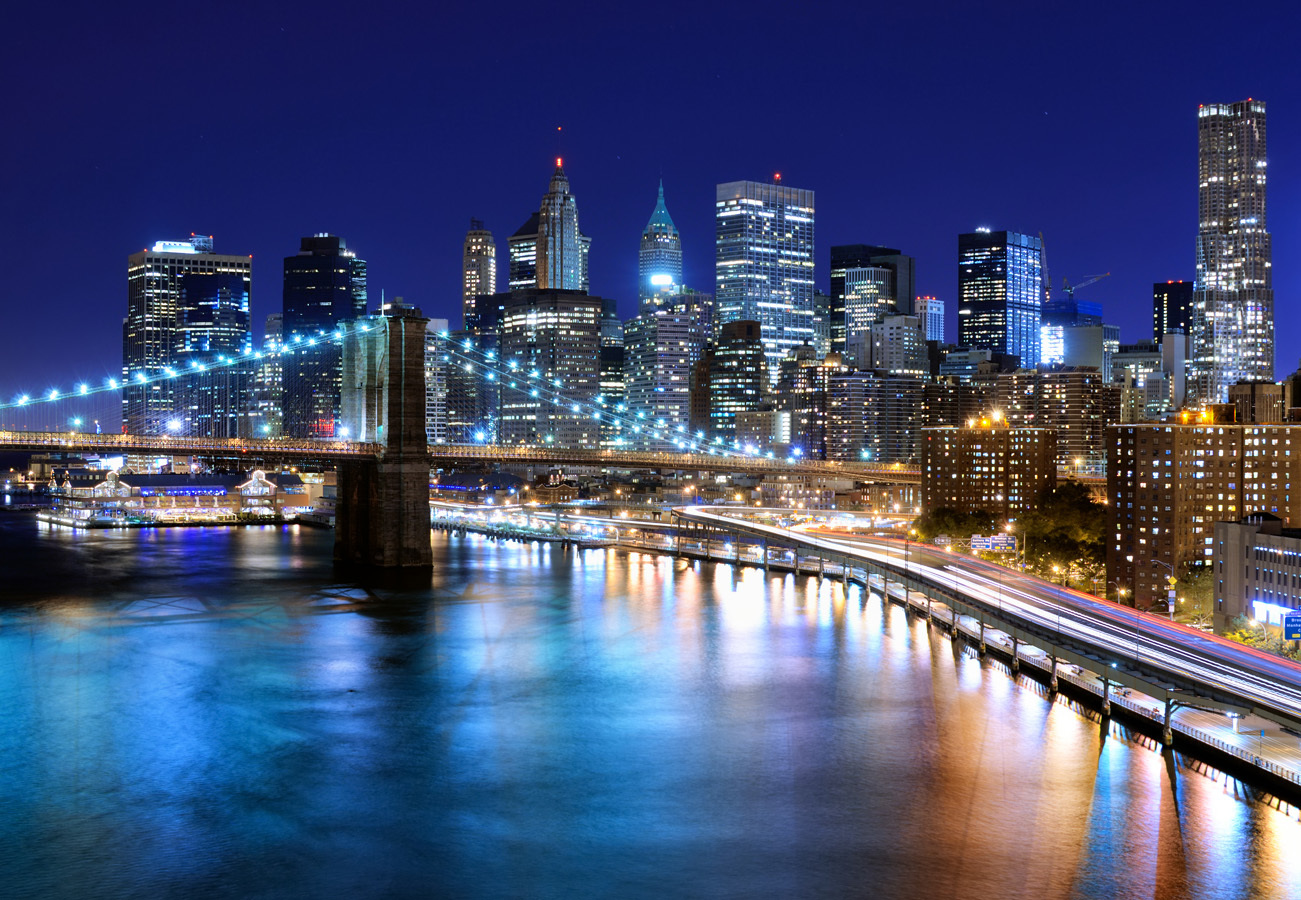 Booking.com
WHERE TO GO 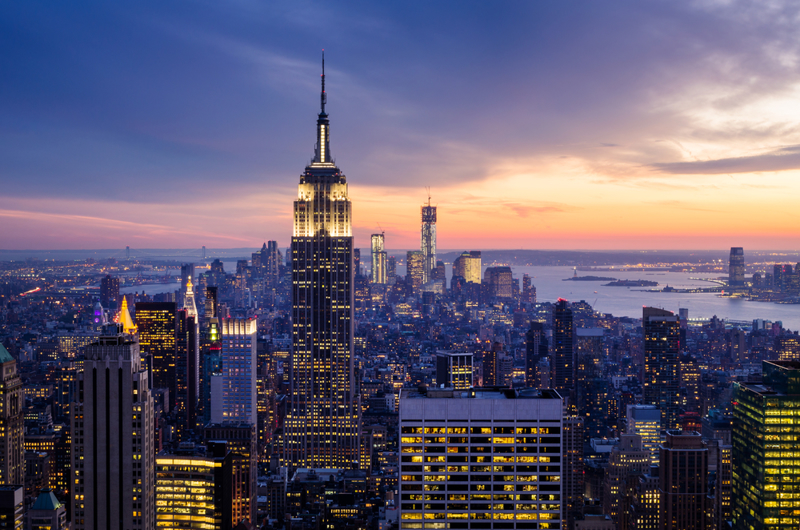 Manhattan
Times Square is the most popular attraction in Manhattan. Nearby is the Theater District, which offers Broadway musicals, comedies and dramas. Midtown is home the Rockefeller Center, home of NBC Studios. Across the street stands St. Patrick's Cathedral, the largest gothic cathedral in the United States. Top of the Rock and the Empire State Building offer the best views of the New York skyline. To the north lies Central Park, designed by Frederick Law Olmsted and Calvert Vaux, a public park of trees, vast lawns, ponds, paths, bridges and arches. Among the many museums, well worth a visit are: the Museum of Modern Art (MoMA), housing one of the best collections in the world of contemporary art and, in East 82nd Street, the Metropolitan Museum of Art, which features a permanent collection of over 2 million works of art. The Solomon R. Guggenheim Museum displays modern and contemporary masterpieces, which include its building designed by Frank Lloyd Wright. Shopping on New York’s famous Fifth Avenue is a must.
RECOMMENDED EXPERIENCES 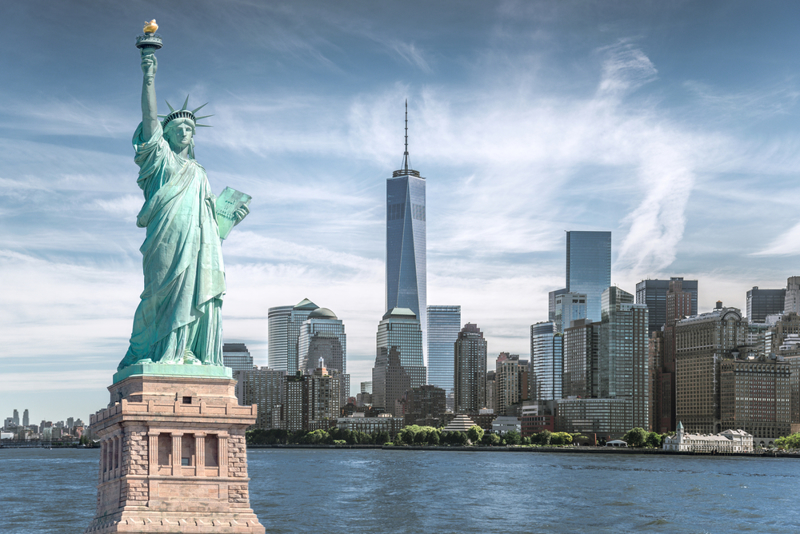 Lower Manhattan and Staten Island
Here you can admire the Statue of Liberty from the ferry, from Lower Manhattan Whitehall Terminal, but also from from Battery Park, a green space at the bottom of Manhattan which overlooks the Port of New York.
St. George Theater, which offers performances in a baroque hall inaugurated in 1929, is found on Staten Island. Before returning to Manhattan by ferry, you can pay a visit to the September 11th Memorial next to the ferry terminal.
The 9/11 Memorial & Museum, consisting of two twin pools at the foot of the World Trade Center towers, tells the story of the September 11 attacks. Adjacent to the site is the new One World Trade Center which offers panoramic views from its observatory at the top.
RECOMMENDED EXPERIENCES 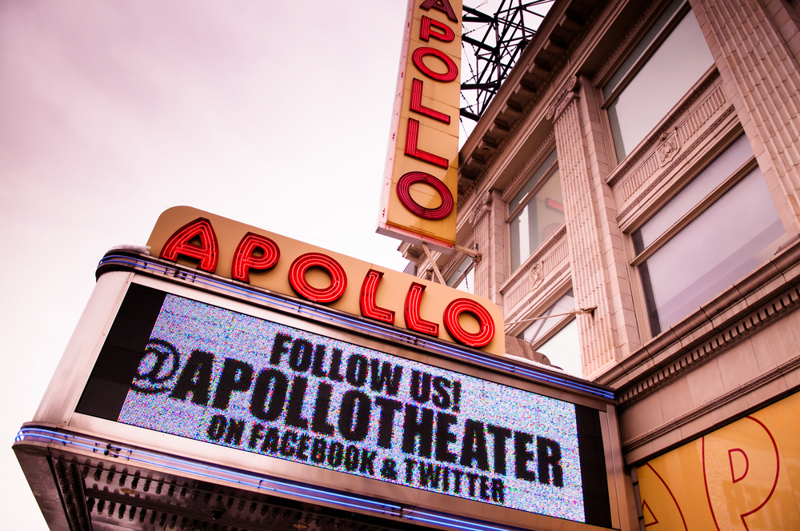 Harlem
Harlem is one of the liveliest boroughs of the city and the world capital of African-American history and culture. Visit the Harlem Studio Museum, a museum that puts black artists from the US and worldwide in the spotlight, but also the Apollo Theater, which has hosted world-class stars such as Billie Holiday and Ella Fitzgerald. Harlem is also home to numerous restaurants serving delicious cuisine, which are ideal for a break dedicated to the local food.
RECOMMENDED EXPERIENCES 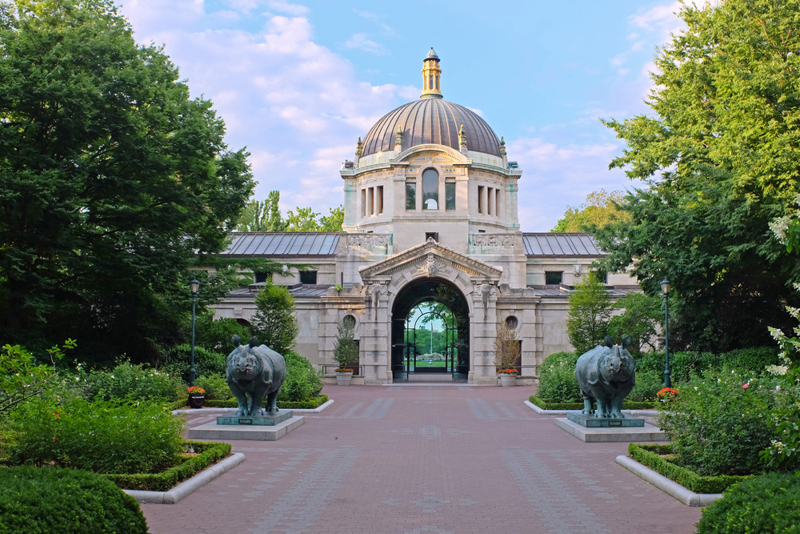 Bronx
The Bronx offers a Botanical Garden with over 1 million plants, a Zoo with over 600 species of animals and two beautiful parks: Franz Sigel Park and Joyce Kilmer Park with plenty of green open spaces. The area has many remarkable buildings in art deco style and wonderful modern buildings. Don’t miss the Bronx Museum of the Arts, which houses a collection of contemporary art works. The district has many restaurants where you can stop to sample a spicy stew or dish of jerk chicken.
RECOMMENDED EXPERIENCES 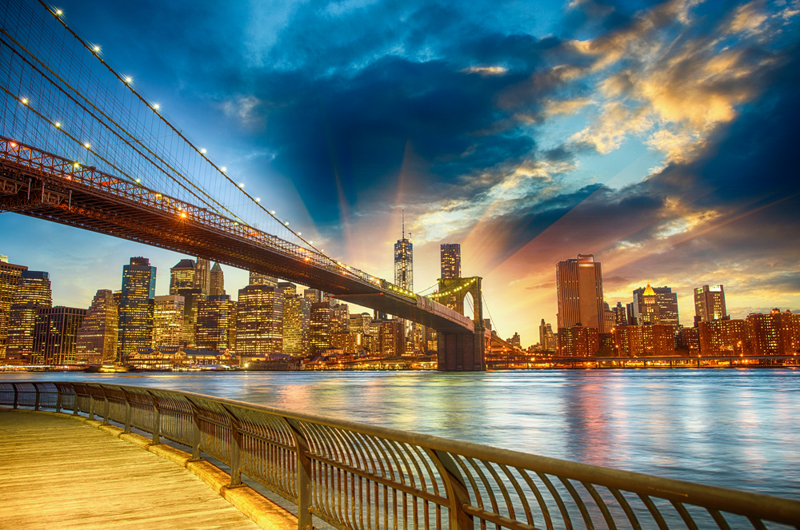 Brooklyn
One of the most vibrant places in Brooklyn is Coney Island, which has a funfair and Cyclone, the historic wooden roller coaster. Prospect Park is home to a zoo; nearby is the Brooklyn Museum, famous for its collection of Egyptian artefacts. Brooklyn Heights offers the New York Transit Museum, which also displays ancient subway carriages. The Smith Street area is full of shops and restaurants. Don’t miss a walk across Brooklyn Bridge to admire the enchanting view, or a walk along the Brooklyn Heights Promenade, which offers river panoramas and splendid buildings. To the north on the East River, the neighbourhood of Dumbo hosts art studios, galleries, luxury boutiques and independent bookshops. Brooklyn Bridge Park, the newest district, offers views of the Lower Manhattan skyline.
RECOMMENDED EXPERIENCES 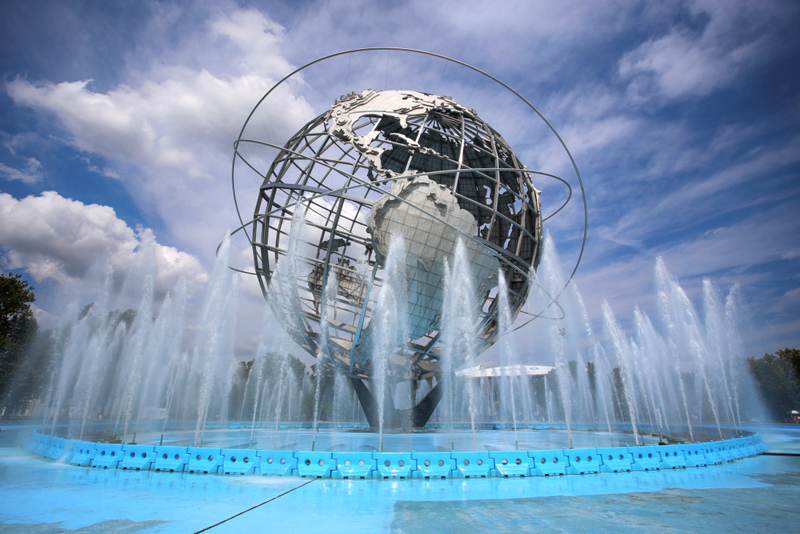 Queens
The borough of Queens is best enjoyed with a stroll along streets of Flushing and Chinatown, towards Flushing Meadows Corona Park.
Don’t miss a visit to see the Unisphere, a 140-foot steel globe in the middle of a reflecting pool, which stands as a monument to the 1964 Universal Exposition.
The Queens Museum, instead, houses a famous scale model that shows all of the city’s 895,000 buildings constructed before 1
2. Take the Metro to Astoria and visit the Museum of the Moving Image or to the Kaufman Astoria Studios where famous TV series were filmed. The area also is home to many restaurants offering excellent Greek and Egyptian dishes.
RECOMMENDED EXPERIENCES
Best Tours 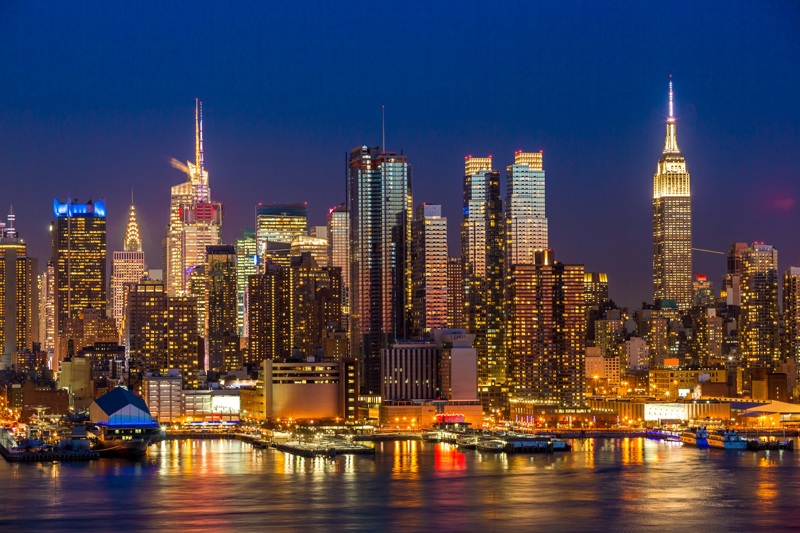 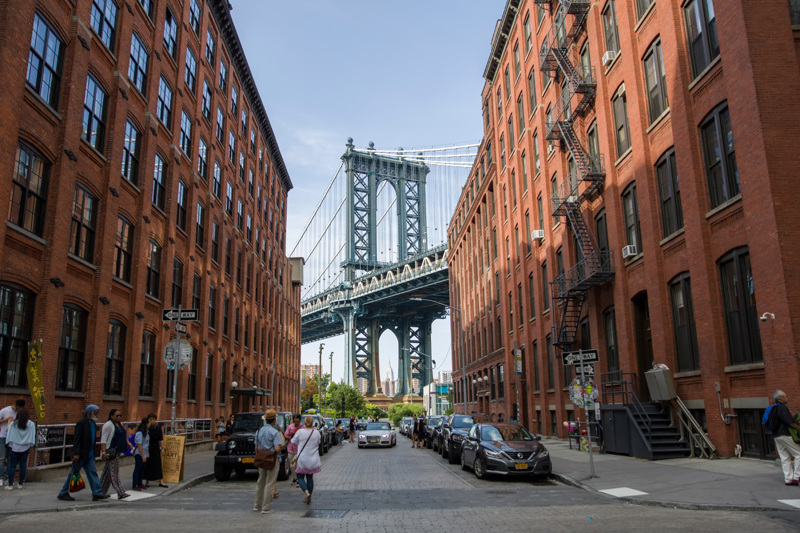 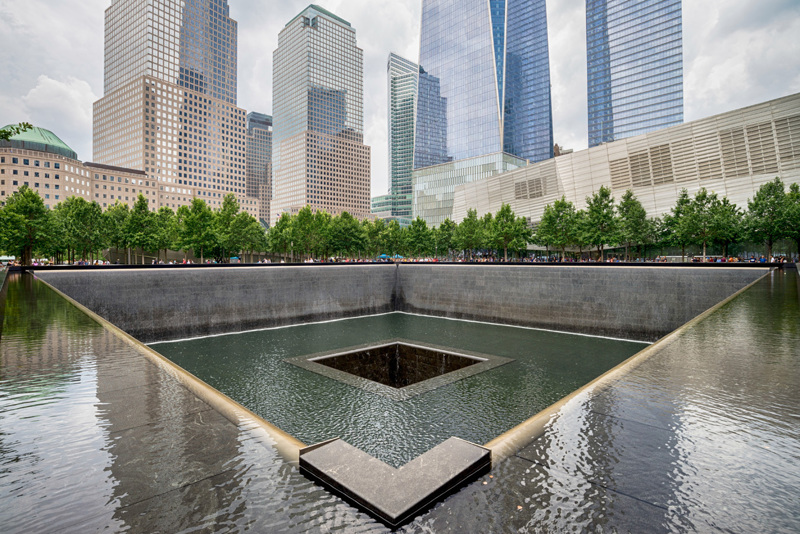 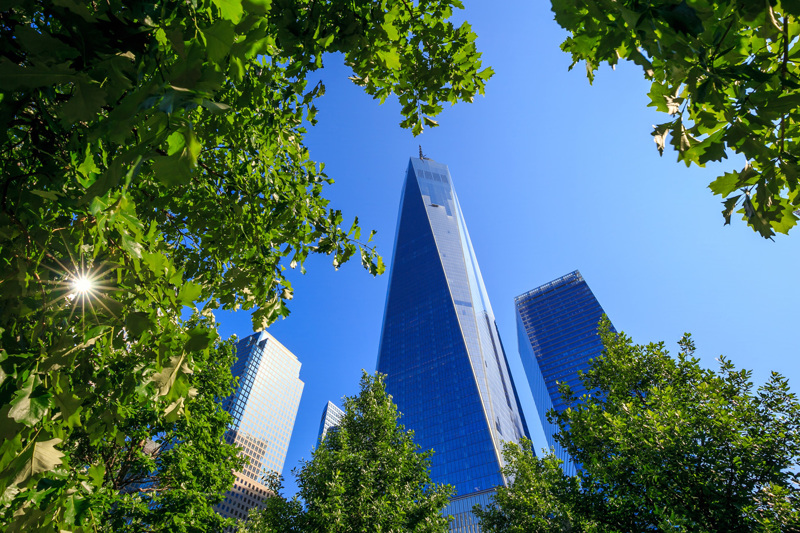 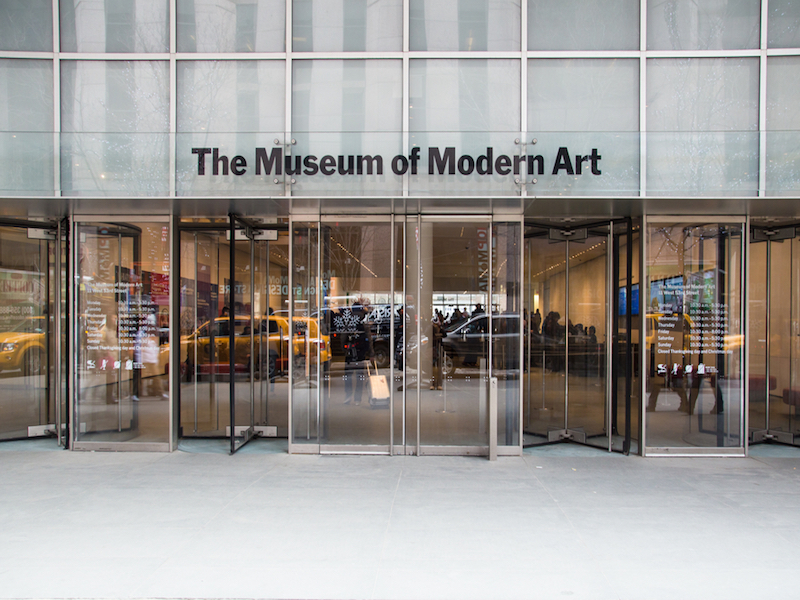 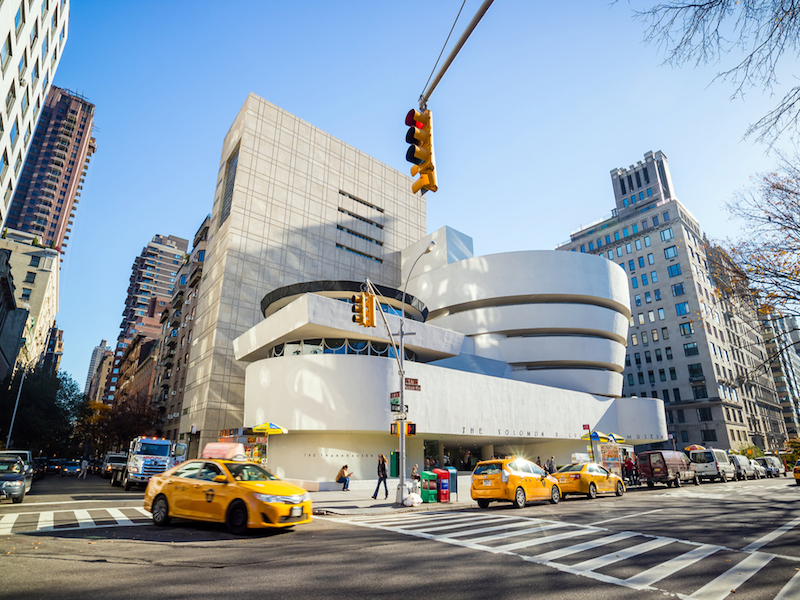 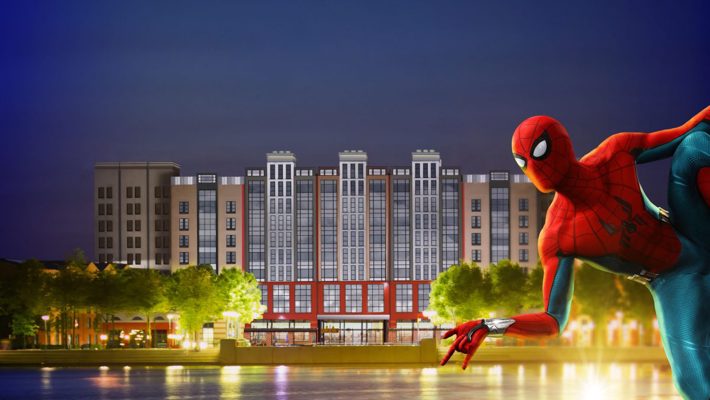 Disney’s Hotel New York: the art of Marvel
Find out more news
You might be interested in 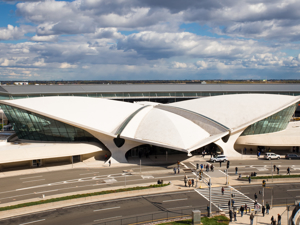 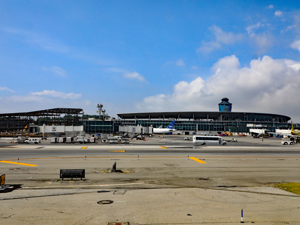 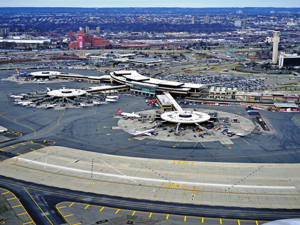