Berlin
Where to go
Airports
Modern and cosmopolitan metropolis
Symbol of the city, the Brandenburg Gate exerts its incomparable charm on everyone. More than any other place, it has been a silent witness to Germany’s history. This Neoclassical sandstone arch, crowned by the bronze “Quadriga of Victory”, was inspired by the Propylea of the Acropolis of Athens. A tour of the city begins at the Brandenburg Gate, which was inaccessible when Germany was divided in two, and visits a series of interesting attractions.

These include the Memorial Church (Gedächtniskirche) along Kurfürstendamm, the Gendarmenmarkt square, an ensemble of harmony and architectural beauty with the Konzerthaus Concert Hall and the French Cathedral. 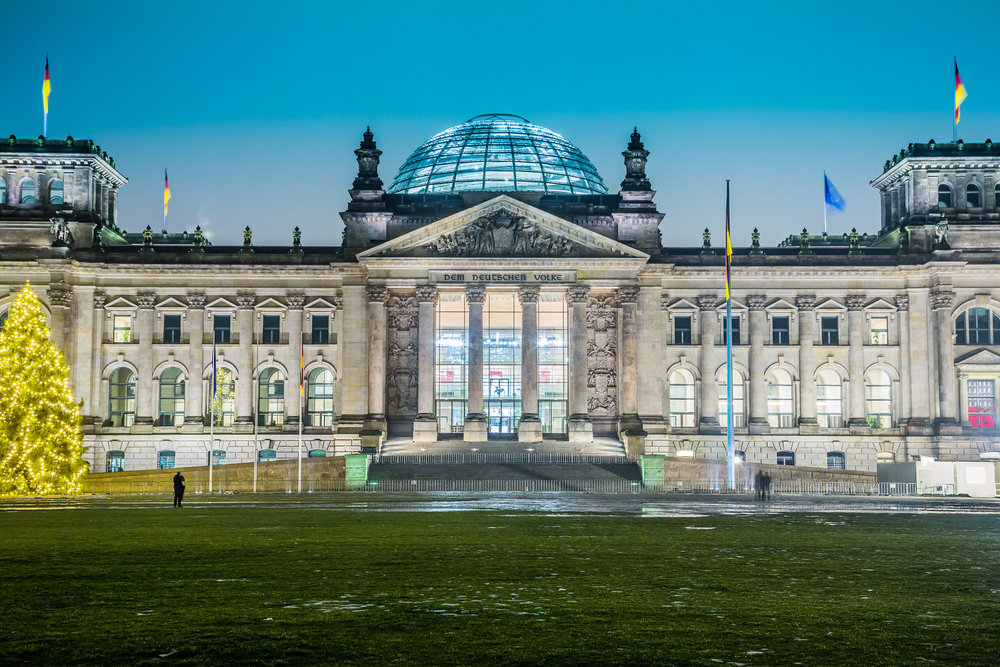 The Reichstag
The Reichstag, seat of the German Parliament, with its magnificent glass dome designed by the architect Sir Norman Foster, and one of the greatest attractions in Berlin. 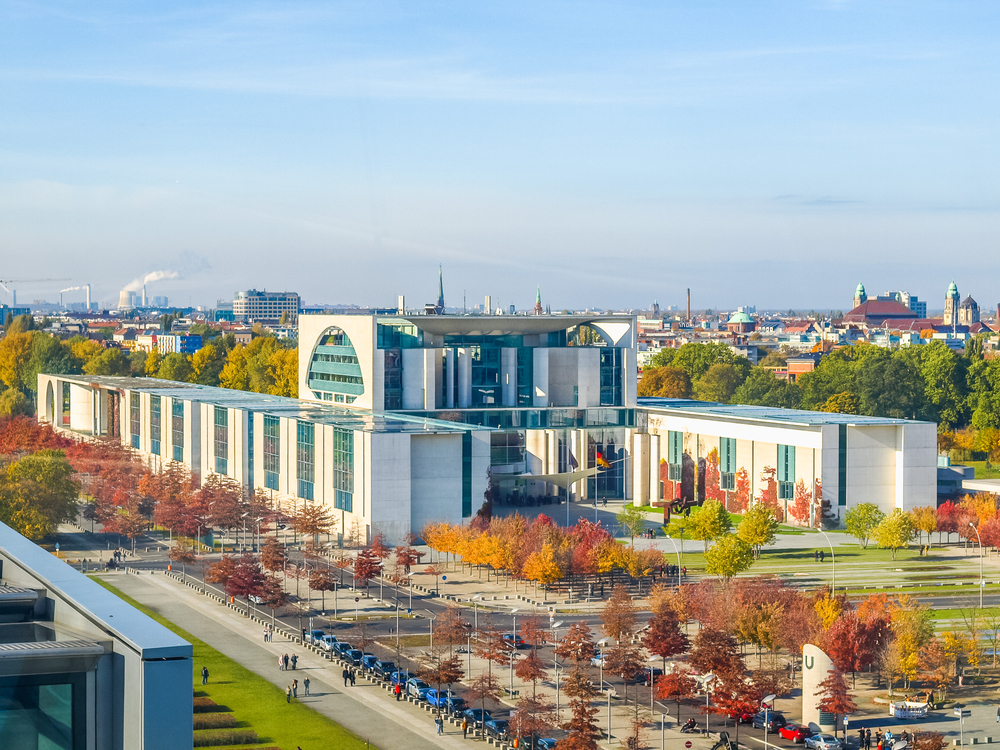 Band des Bundes
Band des Bundes
The Federal Chancellery, one of the most imposing building in the new Government district, is part of the "Band des Bundes" (Federal Belt), which links the new buildings while maintaining an architectural dialogue with the historical building of the Reichstag.
The Potsdamer Platz, with its modern architecture, is a favourite destination for shopping, entertainment and business. One of the places preferred by tourists is the Hackeschen Höfe, eight courtyards that make up the largest courtyard complex in Germany, which are overlooked by apartments and commercial activities. 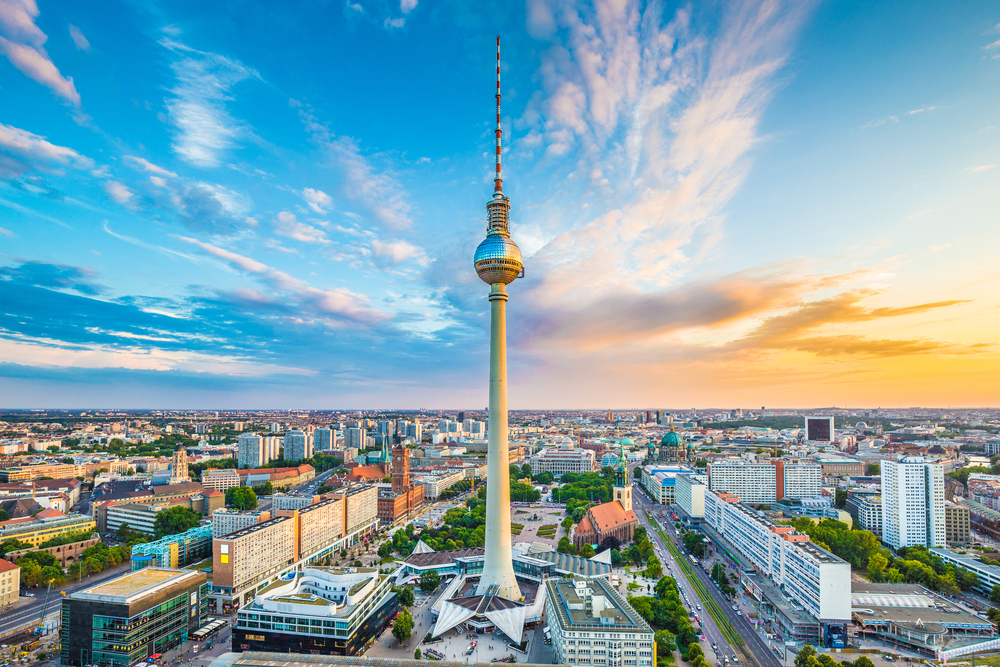 The Television Tower
Don't miss the 368-metre high Television Tower on Alexanderplatz, which houses a rotating restaurant.
The city of museums
Berlin is a city of museums. It has 175 in all, which safeguard history, art and knowledge and house genuine treasures of world culture such as the Pergamon Altar and the Bust of Nefertiti, also known as “the most beautiful Berlin woman”.

The Museum Island offers priceless treasures and has been declared a UNESCO World Heritage Site. 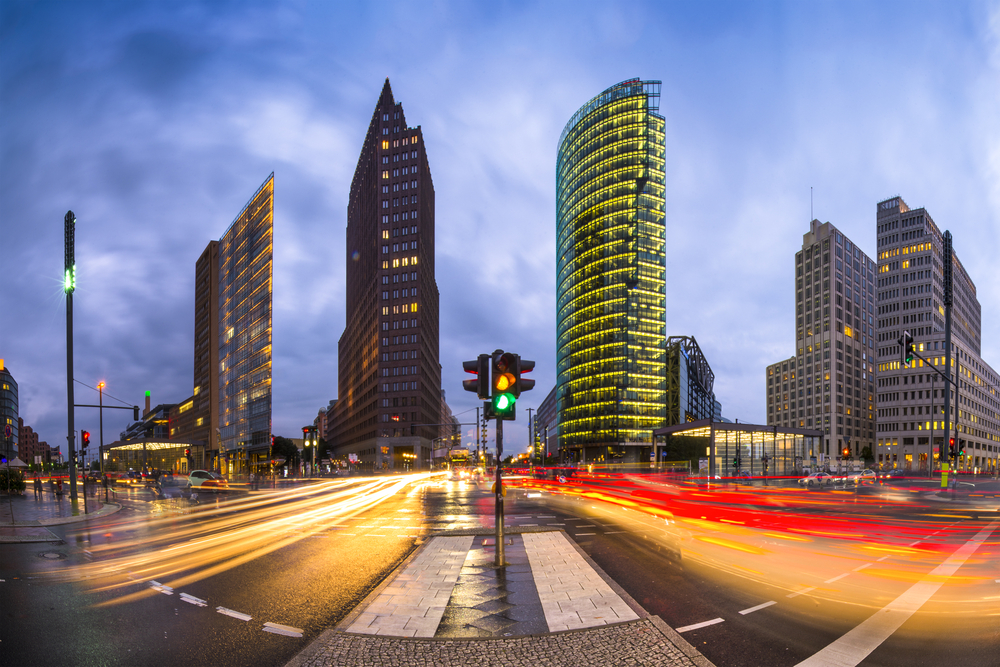 Potsdamer Platz
Shopping
In addition to a dozen shopping centres, there are numerous streets for making purchases, including the famous Kurfürstendamm and Friedrichstrasse, the unusual boutiques in the Kreuzberg, Mitte and Prenzlauer Berg districts, the Arkaden shopping complexes in Potsdamer Platz and the Europa Center in Breitscheidplatz. A must-see store is the legendary KaDeWe in Wittenberg Platz. Arranged on six floors, it is the largest department store in Europe. The Galeries Lafayette in Friedrichstrasse attract visitors with their typical French charm.
The Wall
The year 1989 was a milestone in the history of Germany and whole of Europe. During the night between 9 and 10 November 1989, at the height of a peaceful revolution, the Berlin Wall, built in 1961, came down, and the border between the East and West of the country was opened. 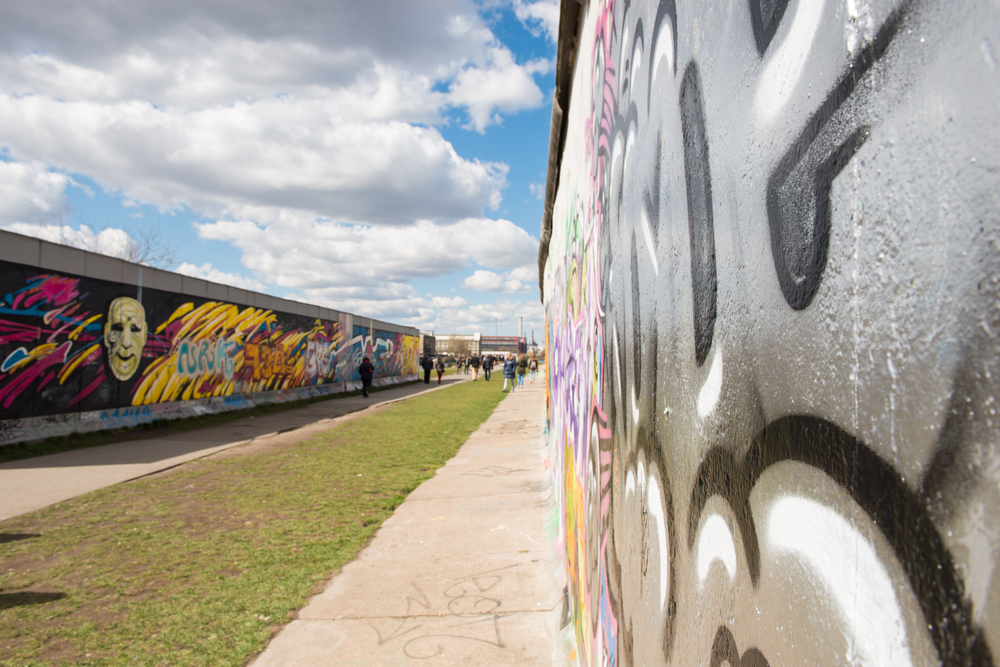 Berlin is a welcoming city and offers different possibilities for accommodation.

Booking.com
WHERE TO GO
Museums 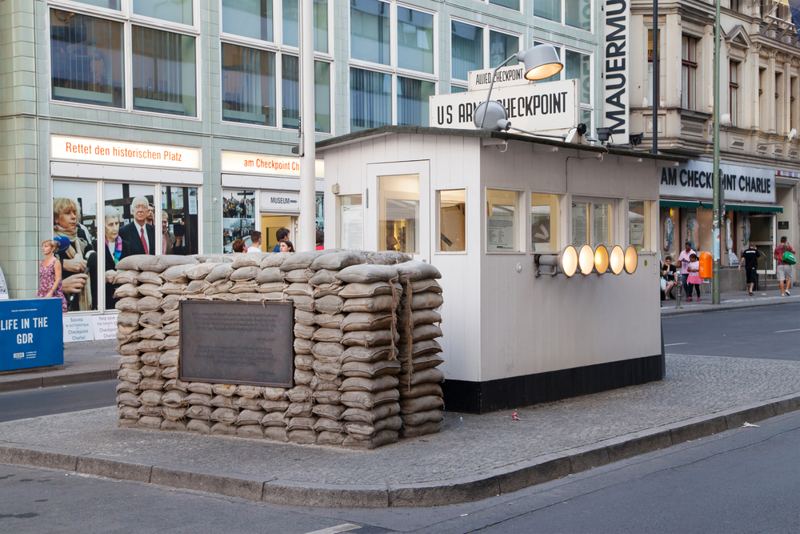 Berlin Wall Museum “Haus am Checkpoint Charlie”
Checkpoint Charlie was the name given to the border checkpoint between the American and Soviet sectors of Berlin, the only crossing point between East and West for foreigners, diplomats and members of the Allied Forces. The museum consists of a private exhibition with a reconstruction of the history of the Wall from its construction to its fall. Open every day.
www.mauermuseum.de 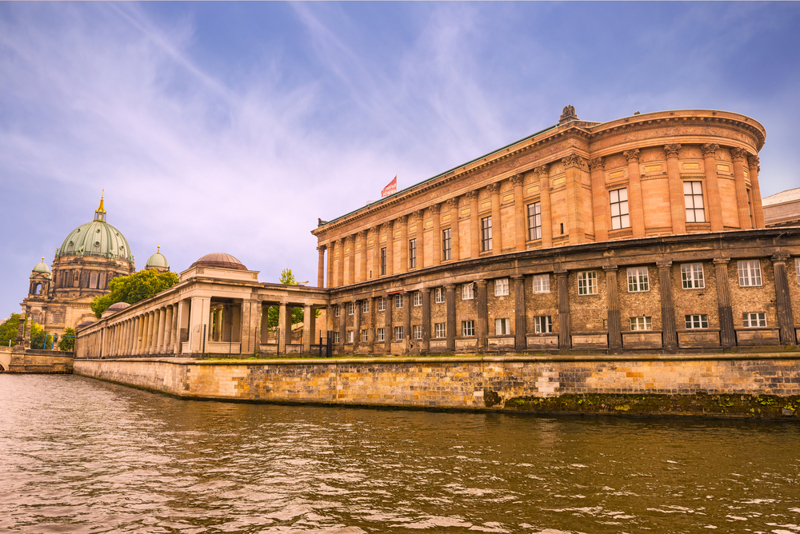 Museum Island - World Heritage Site
Museum Island (Museumsinsel) in the heart of Berlin, one of the most important museum complexes in the world, is a treasure trove of the history of humanity. The items exhibited in the five museums are of incomparable value and follow history from its birth in Mesopotamia to ancient Egypt, from Greece to Rome and Byzantium, and from the Islamic culture to the Middles Ages and the modern era. 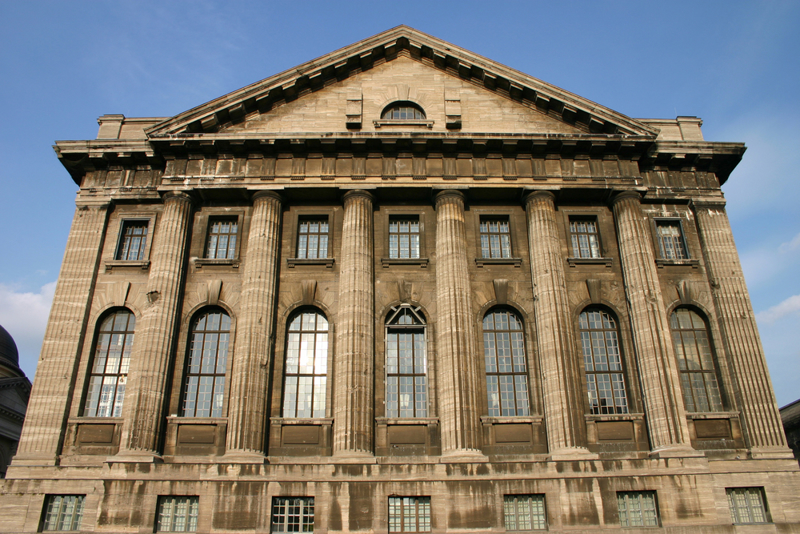 Pergamon Museum
The museum, located in a magnificent Doric building with three wings, displays spectacular artefacts. The main attractions are the Ishtar Gate, the Market Gate of Miletus, the Pergamon Altar, the Processional Way and the facade of the Babylon throne room erected in the first half of the sixth century BC and considered to be one of the “Seven Wonders of the Ancient World”.
www.smb.spk-berlin.de 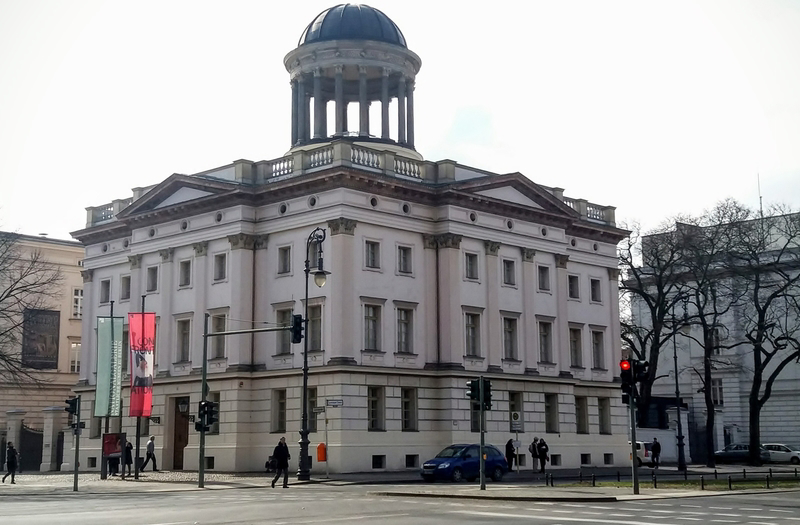 Berggruen Museum
The museum desired by Heinz Berggruen, one of the most active art collectors in Europe, is one of the most important private art collections in the world. It exhibits extraordinary works by classic modern artists such as Picasso, Braque, Klee, Laurens, Giacometti and Matisse. One of the most significant acquisitions of the Berggruen Collection is without doubt the great painting “Reclining Nude” by Pablo Picasso (1942). Closed Monday. 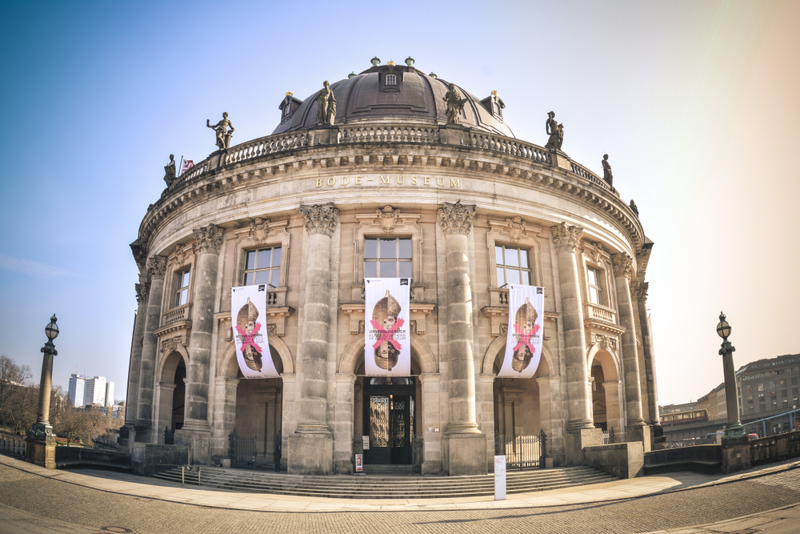 Bode Museum
In addition to sculptures dating from the Middle Ages to the nineteenth century and Byzantine works of art, the museum houses the “Münzkabinett”, one of the world's largest numismatic collections, with more than 500,000 pieces.
www.smb.spk-berlin.de 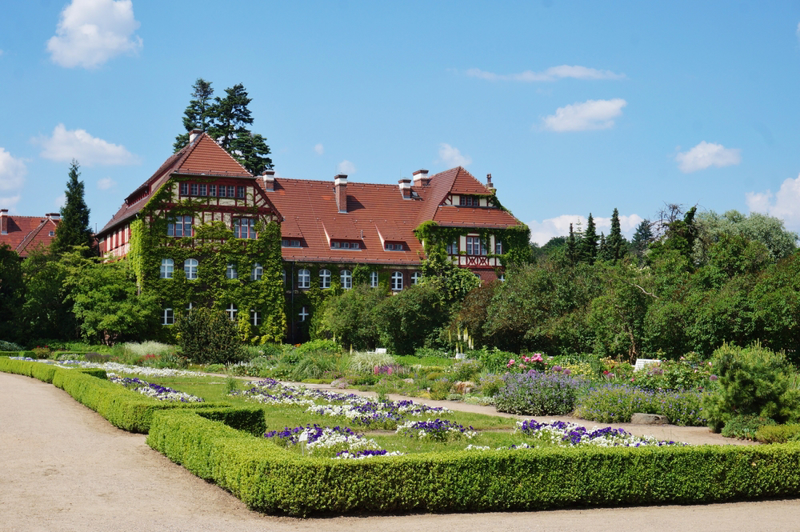 Orto botanico con museo
The Botanical Garden (Botanischer Garten) of Berlin, created between 1897 and 1910 on an area of  43 hectares, is one of the most important in the world with more than 22,000 different types of plants. It is connected to the Botanical Museum which displays floral biology models, grave goods from Ancient Egypt and much more. The Tropenhaus, a tropical steel and glass greenhouse 25 metres high, is the highest in the world.
www.botanischer-garten-berlin.de 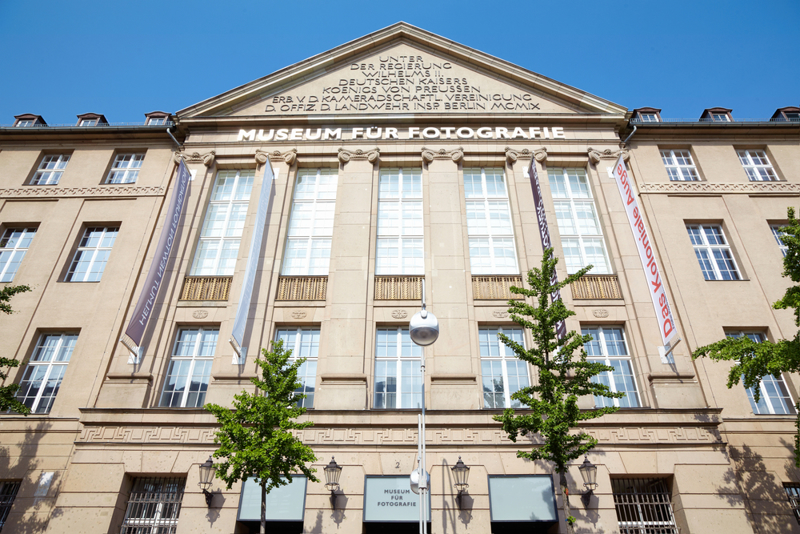 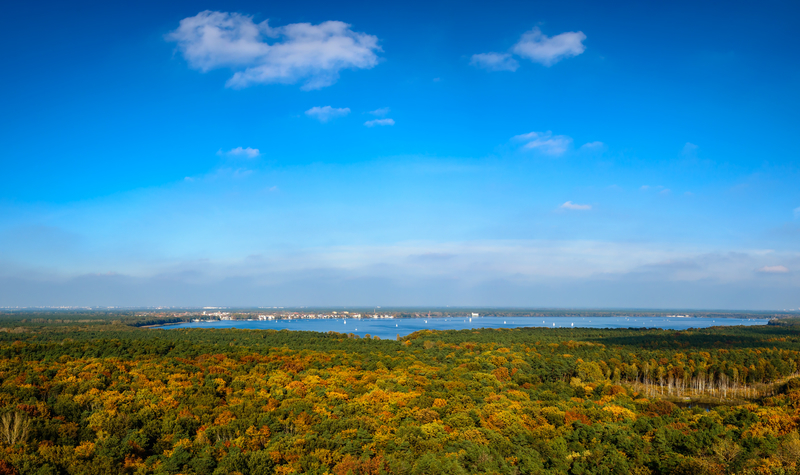 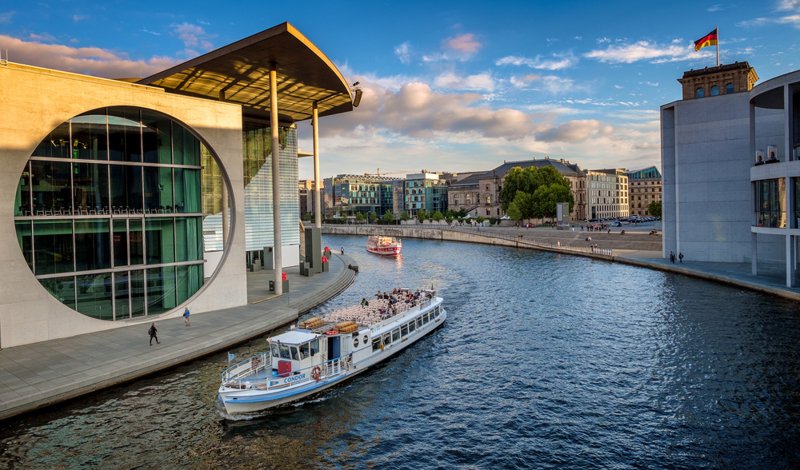 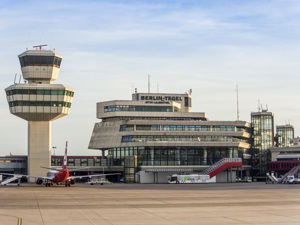 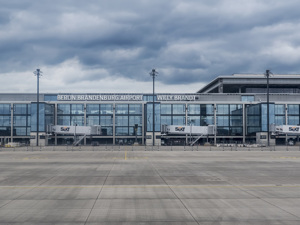 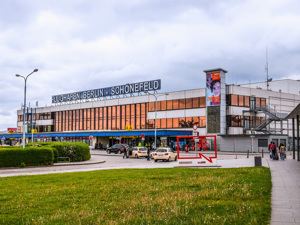