Discover
Dublin
Dublin
Where to go
Airports
A Beautiful and elegant city
Called the friendliest city in Europe and nominated a City of Literature by UNESCO, Dublin has it all: a lively centre, parks and gardens, beautiful views over the sea and designer boutiques. Modern-day Dublin resonates with a continuous buzz but succeeds in never losing sight of its past. The city is filled with both a new and a nostalgic air. It is without doubt one of Europe’s most bustling cities and a city that offers everything: history, culture, and entertainment – known also as "craic" in Gaelic. 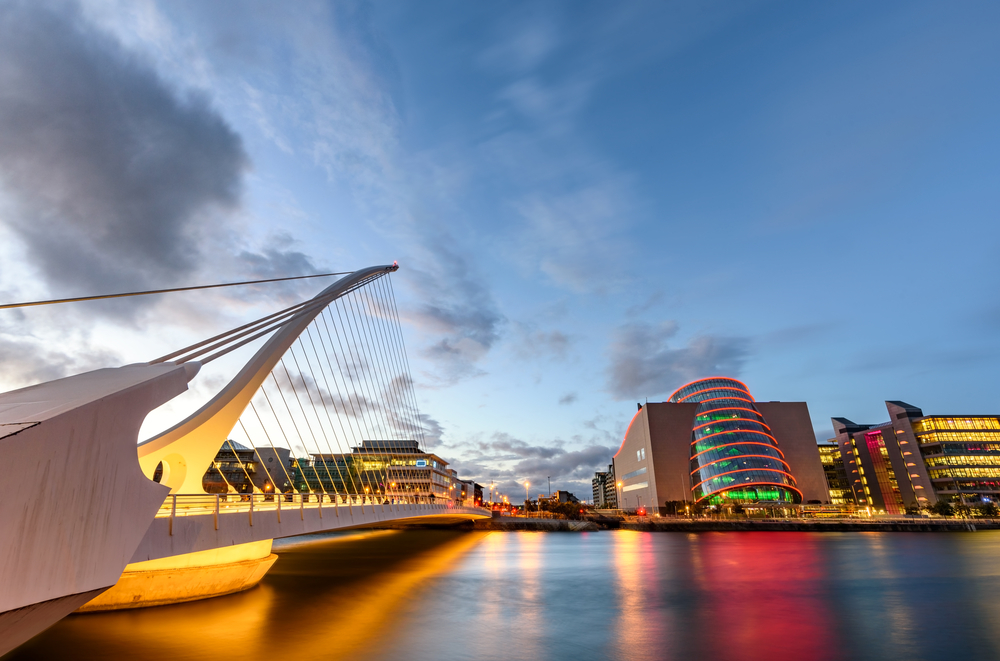 The city, which was the birthplace of writers of the calibre of James Joyce, George Bernard Shaw and Oscar Wilde, is home to numerous splendid Georgian buildings, most of which are situated in Merrion Square, where the Irish Parliament building can also be found. St Stephen's Green, Trinity College and, naturally, the Guinness Storehouse can all be reached on foot from the city centre. Don’t miss a visit to the gigantic Christ Church Cathedral, dating back to 1030, which houses one of the largest crypts in Ireland and the United Kingdom. 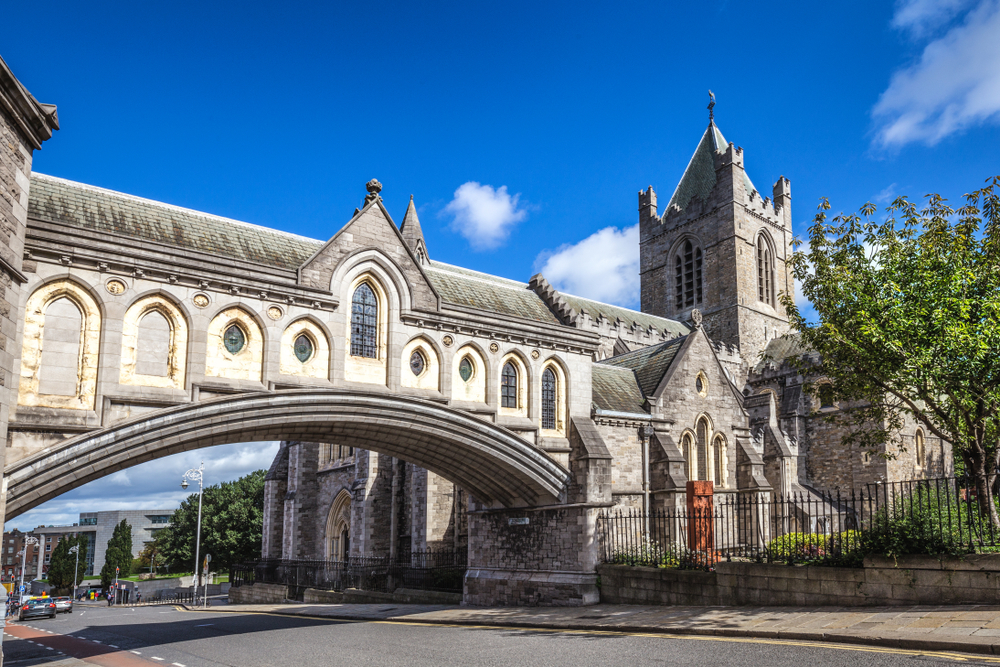 Christ Church Cathedral
Dublin Castle, which is more of a manor house than fortress, opens its State Apartments, Chapel Royal and Undercroft to visitors. Dublin is famous for its elegant rows of Georgian houses, beautiful squares and lively streets. 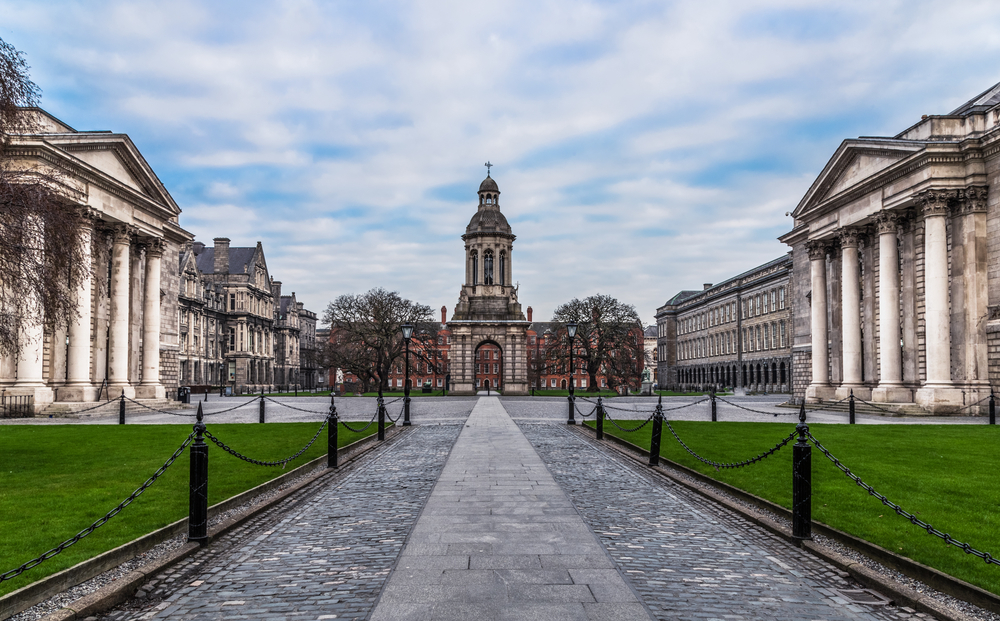 Trinity College
Architectural heritage
Some of the most interesting corners of the city, architecturally speaking, include Merrion Square, Fitzwilliam Square, Trinity College, the National Gallery of Ireland and the National Museum of Ireland. A tour of Dublin and its wonderful architecture cannot be considered complete without a visit to the Georgian Custom House building, which is considered the gem of the capital’s architectural heritage.
Known throughout the world and 90 years old, the Abbey Theatre is the national theatre of Ireland. Dublin City Hall, a magnificent building in the heart of the city centre, hosts a large multimedia exhibition that depicts the historical evolution of the city from 1170 to the present day. 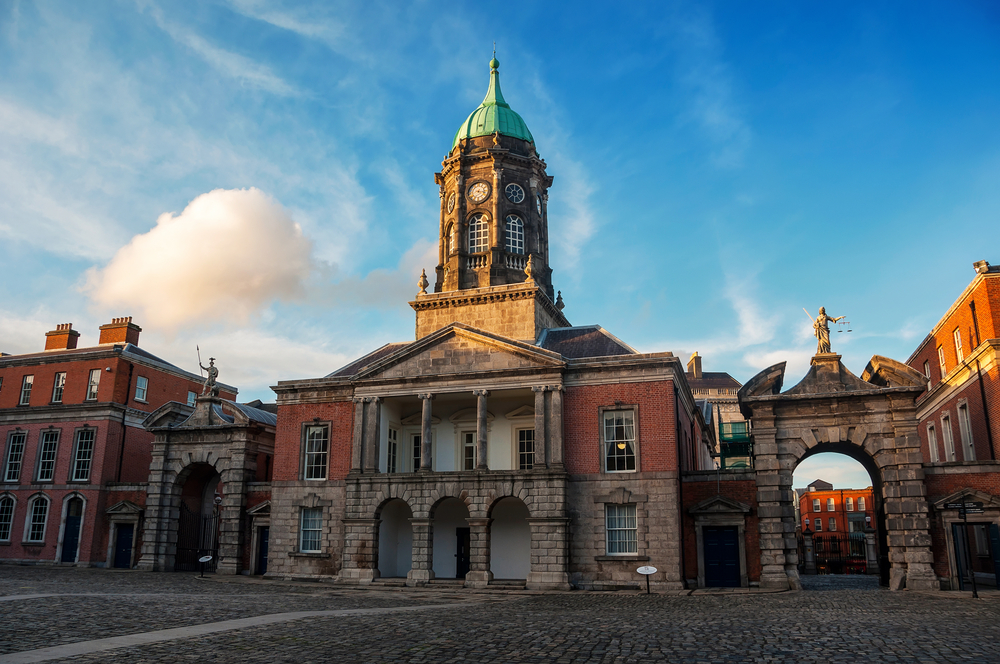 Dublin City Hall
Part of the city’s charm is also due to its sparkling array of shops and elegant boutiques that display the best in fashion.
The city is also full of coffee shops, which in summer often provide outdoor tables and seating - coffee and sunshine are two things that the Irish truly appreciate. Alongside the famous and historical pubs where stout, the national drink par excellence, is drunk, Dublin also keeps up to date and displays an array of modern and elegant bars.
The coast
But the most interesting aspects of the city are not concentrated only in the city centre. One of the most spectacular coastlines in Ireland extends from the Bay of Dublin. A walk along Poolbeg Pier gives visitors the feeling of riding the waves. At the end of the pier, the view of Dublin surrounded by mountains on one side and Howth Head on the other is unique. 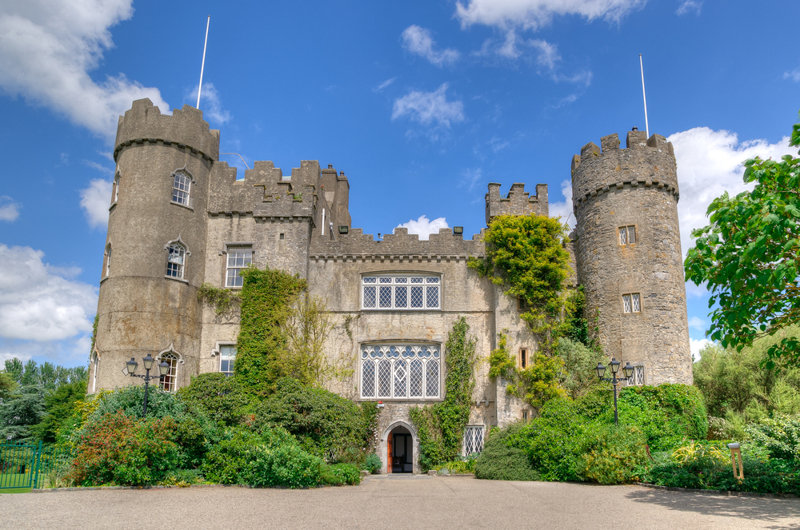 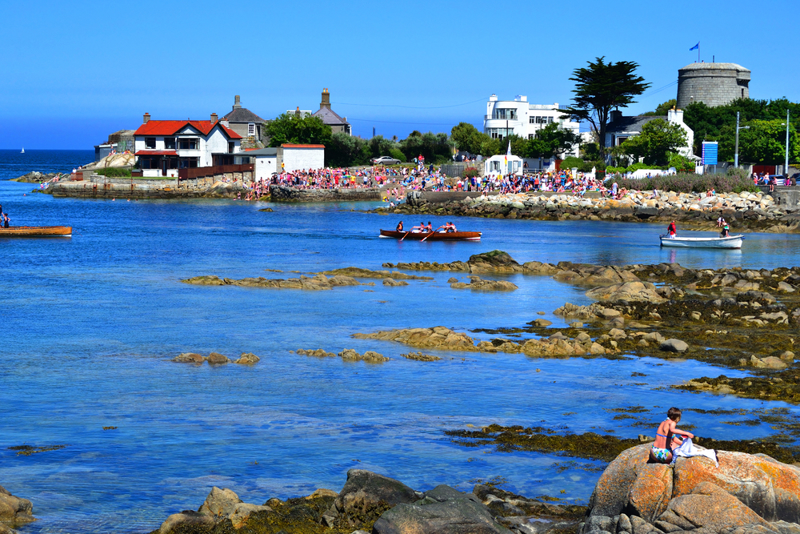 Sandycove
Along the coast other small gems surround the city: Skerries and Malahide to the north; Dùn Laoghaire, Sandycove and Dalkey to the south. All these places can be reached in a day using the DART, the green train that connects the capital with its marvellous suburbs.

Where to sleep in Dublin

Dublin is a welcoming city and offers different possibilities for accommodation. 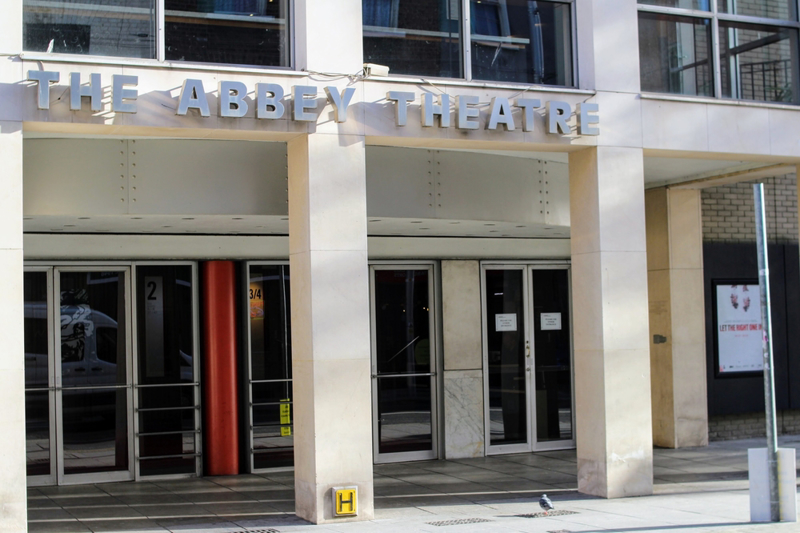 ABBEY THEATRE
26 Lower Abbey Street, Dublin 1
The Abbey Theatre, also known as the National Theatre of Ireland, was founded in 1904 by the Nobel Prize winner William Butler and Lady Augusta Gregory. It has played a vital and often controversial role in the literary, social and cultural life of Ireland. With its diverse theatre productions, some of which are the largest in the world, the theatre attracts many foreign visitors each year.
www.abbeytheatre.ie 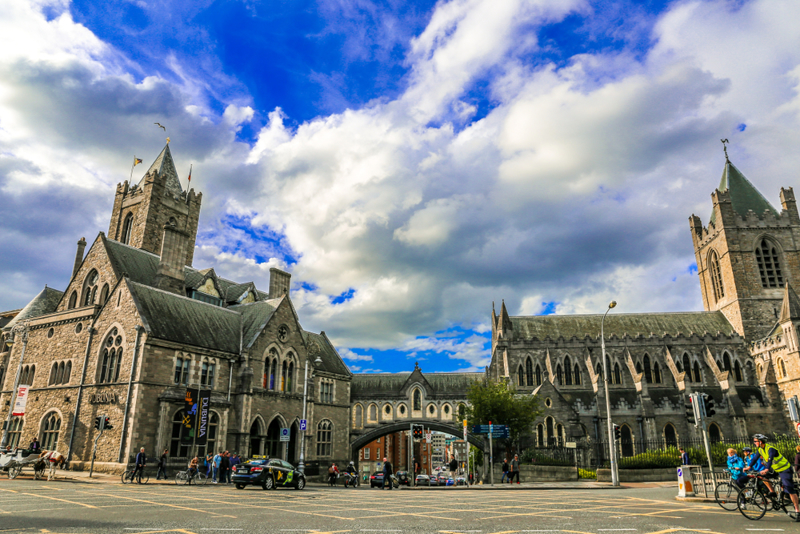 CHRIST CHURCH CATHEDRAL
Christchurch Place, Dublin 8
Founded in 1028 and the principal church of the Diocese of Dublin, Christ Church Cathedral is the spiritual heart of the city and one of its most important tourist attractions. The interior is of particular cultural interest, as is the medieval crypt. The Cathedral was an important place of pilgrimage during the Middle Ages.
christchurchcathedral.ie 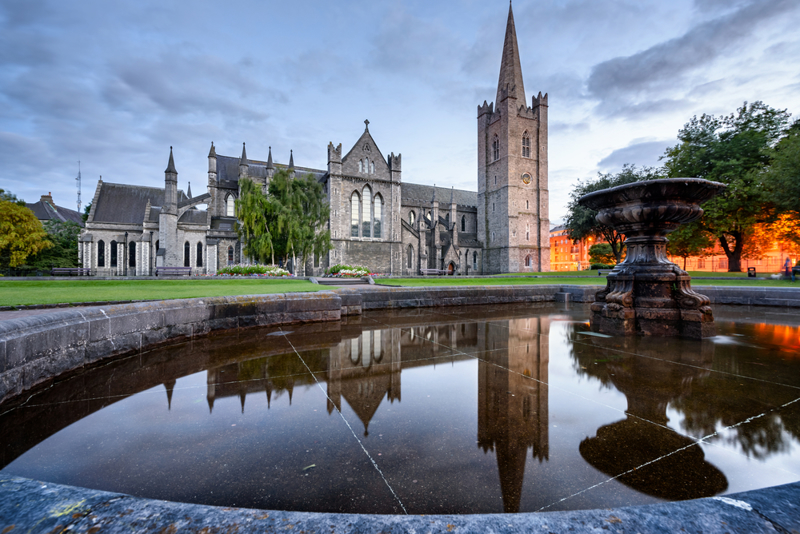 ST. PATRICK CATHEDRAL
Saint Patrick’s Close, Dublin 8
Built in 1255 in honour of the Patron Saint of Ireland, St. Patrick’s Cathedral has been restored and extended many times. From 1320 and for the following two centuries it was the site of the country’s first university. Inside it houses various funerary monuments including the tomb of the Boyle family.
www.stpatrickscathedral.ie 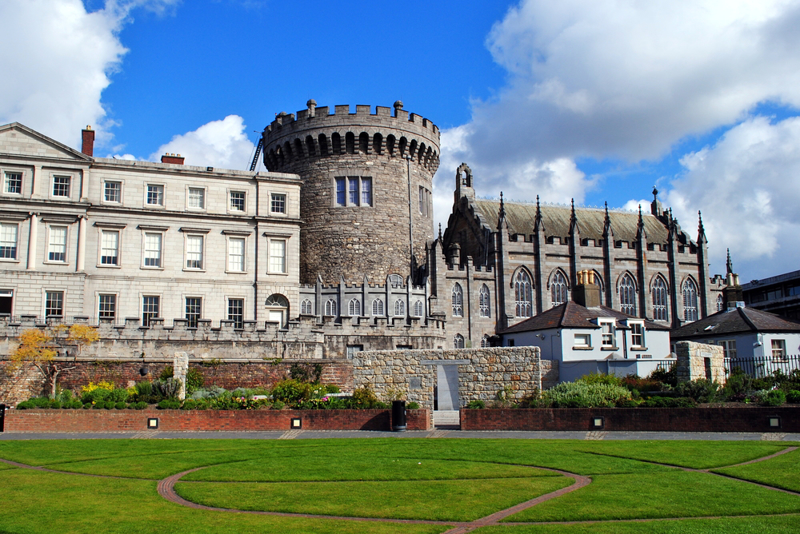 DUBLIN CASTLE
Dame Street, Dublin 2
The castle is the symbol of Dublin’s old town. The city in fact takes its name from the Black Pool - Dubh Linn located on the site of the current castle. The castle sits between the River Liffey and its tributary the Poddle, and today it is the seat of the Irish Presidency and the European Community. The State Apartments and the Royal Chapel are open to the public.
www.heritageireland.ie
Museums 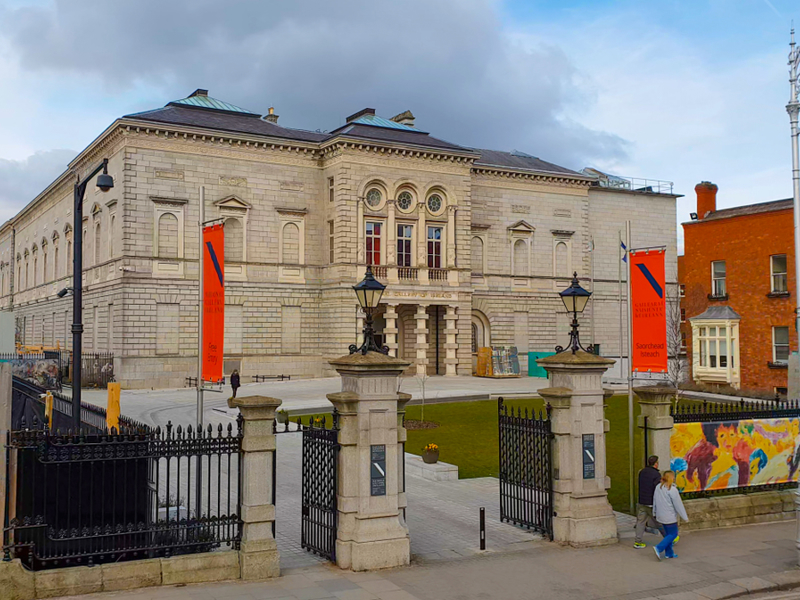 NATIONAL GALLERY OF IRELAND
Merrion Square West, Dublin 2
The National Gallery opened its doors to the public in January 1854. The collection today is made up of over 2,500 paintings and approximately 10,000 other works, including water colours, drawings, prints and sculptures. One of its collections is devoted to Ireland’s famous paintings. The success of the gallery is mostly due to the purchase of important works by famous European and Irish artists.
www.nationalgallery.ie 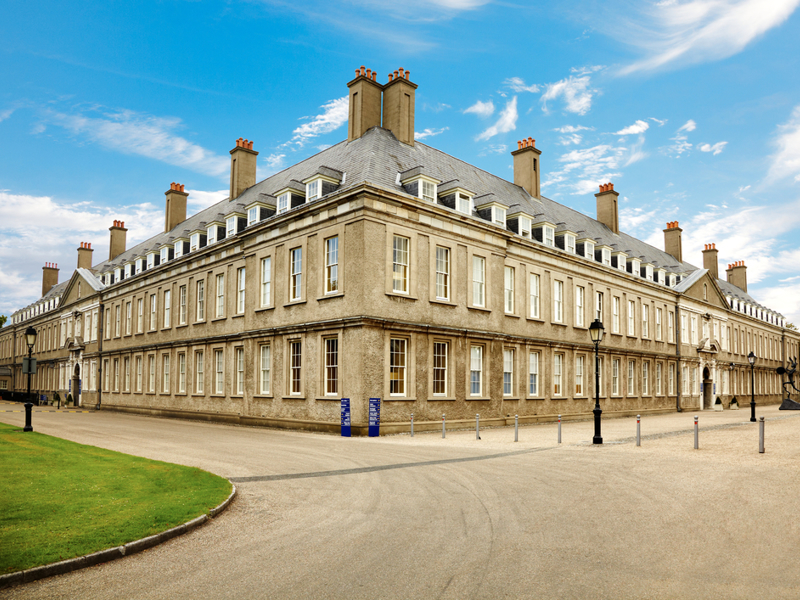 IRISH MUSEUM OF MODERN ART
Royal Hospital, Military Road, Kilmainham, Dublin 8
The Irish Museum of Modern Art (IMMA) is the leading Irish national institution for the collection and presentation of modern and contemporary art. The museum displays a wide variety of art in a dynamic programme of exhibitions, which include groups of works from its collection. The museum is housed in the magnificent Royal Hospital, a building dating back to the 17th century.
www.imma.ie 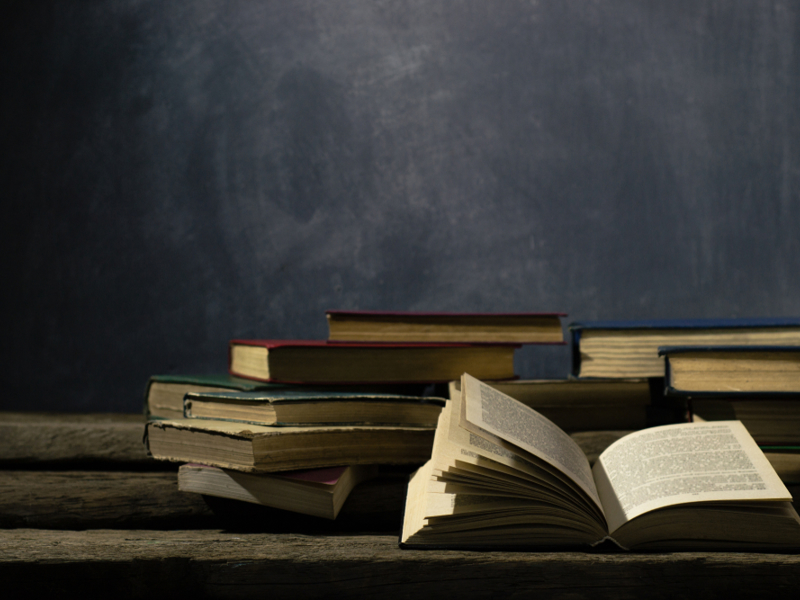 DUBLIN WRITERS MUSEUM
18 Parnell Square North, Dublin 1
Situated in a magnificent eighteenth-century residence, the collection of the Dublin Writers Museum features works by literary celebrities from the city of the last three hundred years. These include four Nobel prize-winners and many other internationally famous writers. Swift, Sheridan, Shaw, Wilde, Yeats, Joyce and Beckett are presented through their works, portraits and personal items. The museum hosts exhibitions, theatre performances and readings, and also provides a room devoted to children’s literature.
www.writersmuseum.com
Excursions 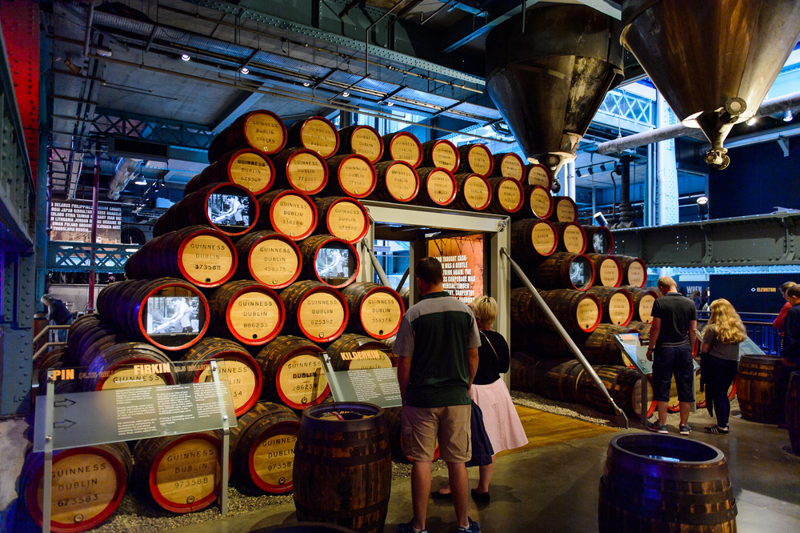 GUINNESS STOREHOUSE
St. James’Gate, Dublin 8
The Guinness Storehouse is a former beer fermentation factory laid out over seven floors and shaped like a giant pint of Guinness. An exhibition demonstrates all the secrets of this world-famous beer. The Gravity Bar is the final stop of the tour, where you can taste a pint and enjoy a wonderful 360-degree view over Dublin.
www.guinness-storehouse.com 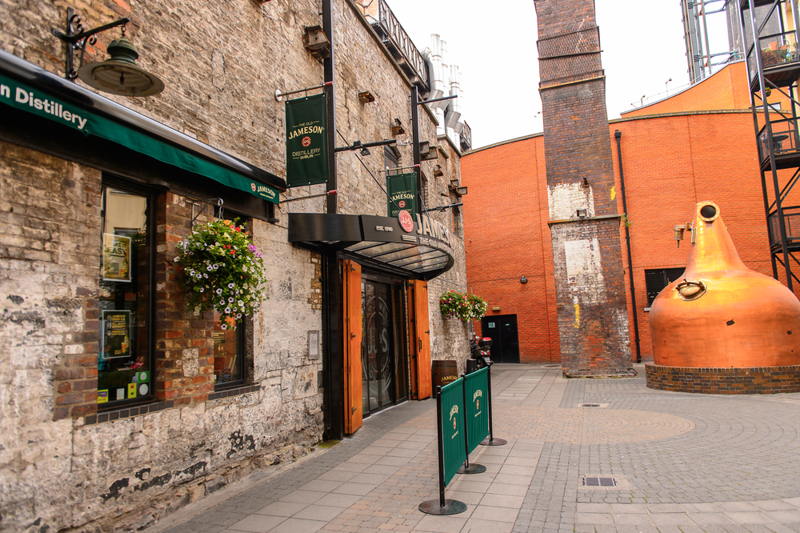 OLD JAMESON DISTILLERY
Bow Street, Smithfield, Dublin 7
The Old Jameson Distillery in the heart of Dublin offers an interesting experience. It tells the story of John Jameson & Son, which with three simple ingredients (water, barley and yeast) created the most Ireland’s famous whiskey. A free Jameson whiskey is offered at the end of the tour.
www.tours.jamesonwhiskey.com 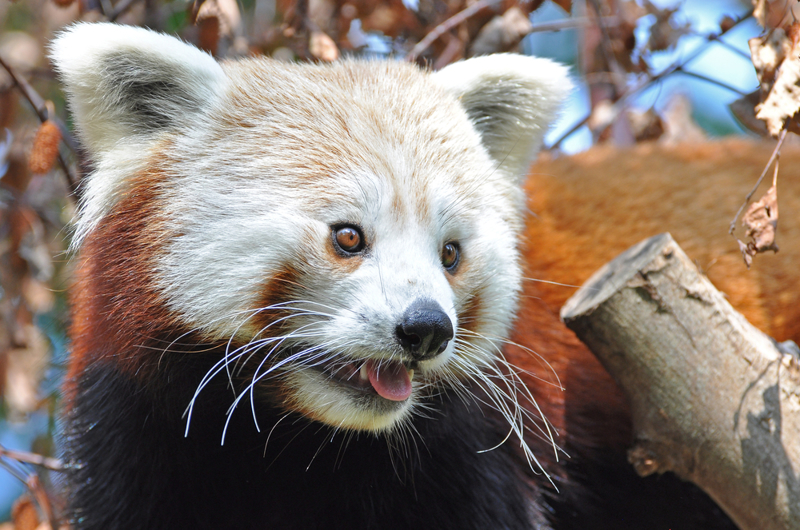 DUBLIN ZOO
Phoenix Park, Dublin 8
The zoo is located inside Phoenix Park (700 hectares) and houses approximately 600 animals. Education and conservation are combined to create an unforgettable experience. Open every day of the year.
www.dublinzoo.ie
Airports nearby Dublin 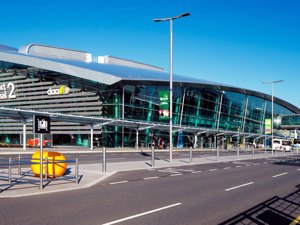