Johannesburg
Where to go
Airports
A symbolic city in Africa’s history, surrounded  by the spectacle of nature
Johannesburg is the economic and financial capital of South Africa, but is also the heart of a country that has an incredible heritage of wildlife. Johannesburg has marked the history of South Africa and is one of its most interesting destinations for going in discovery of this country. South Africa is situated in the far south of Africa, immediately south of the Tropic of Capricorn; it is country the size of Germany, France and Italy put together with 3,000 kilometres of coastline. 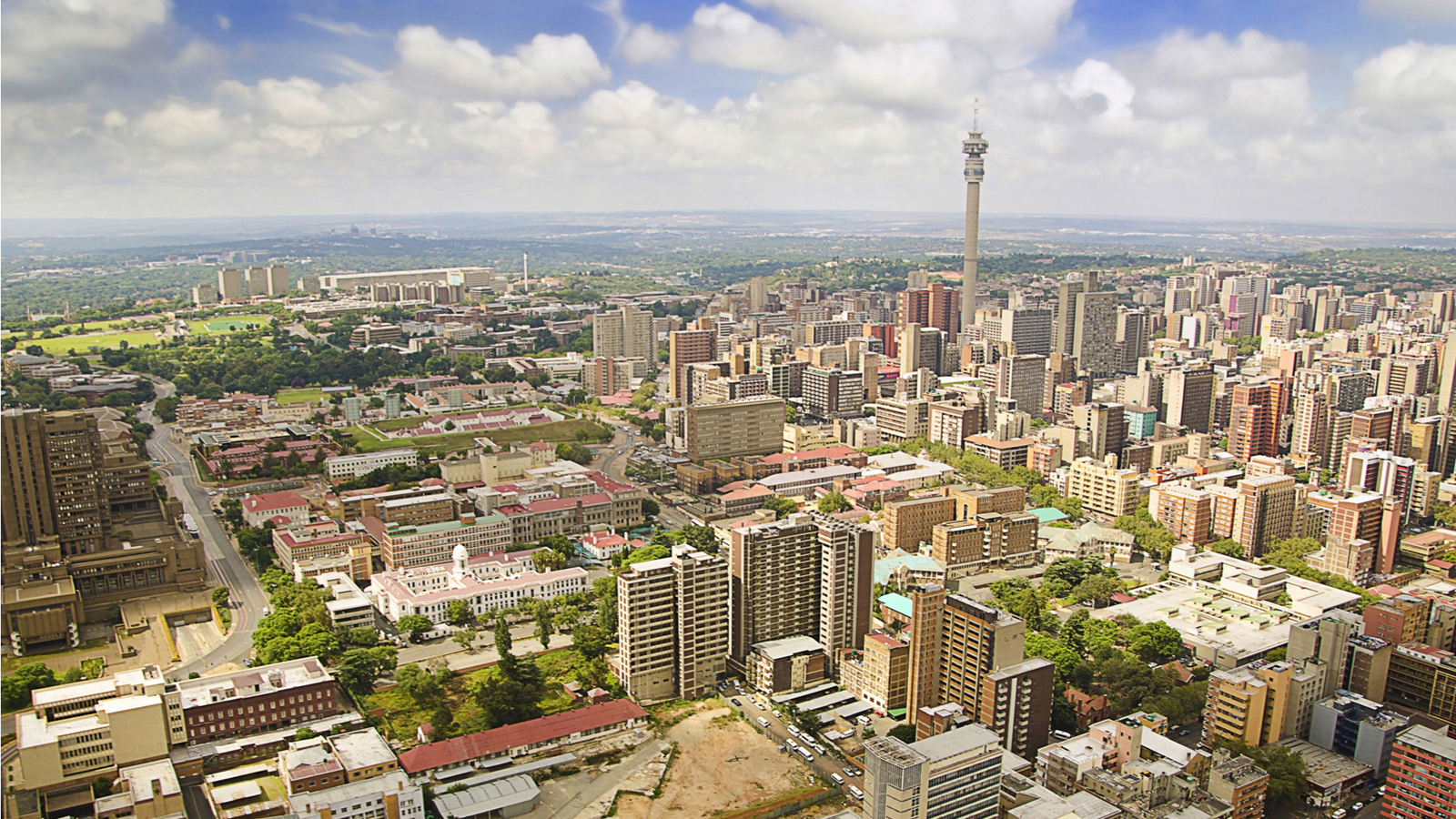 The city’s 5 million inhabitants are distributed throughout its sprawling suburbs, which are connected by a widespread and modern network of highways. Places to visit include the Apartheid Museum, Gold Reef City, Soweto, Sandton - a district of luxurious hotels -, the mall in Mandela Square, which is filled with restaurants of all types, and the lively districts of Melrose Arch, Rosebank, Parkhurst and Melville.
The Museum of Historic Centre
Newtown is at the heart of reconstruction project involving the old historic centre of Johannesburg. The area, which is centred around Mary Fitzgerald Square, includes the Museum Africa, the Bensusan Museum of Photography, the Market Theatre, which is located inside the recently restored fruit and vegetable market building, and the Workers Museum, inside the complex of the Department of Electri­cal Energy, also newly restored. 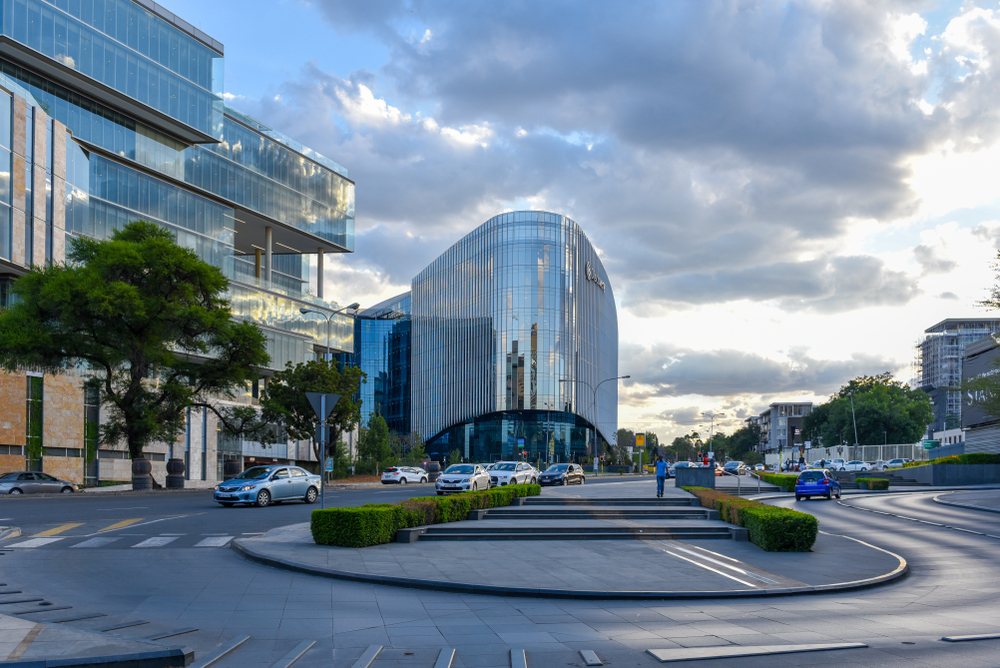 Sandton
The Johannesburg of business
Together with Rosebank, Sandton is the business district of Johannesburg. It features a group of brand new skyscrapers, including the Stock Exchange, and numerous luxury hotels. 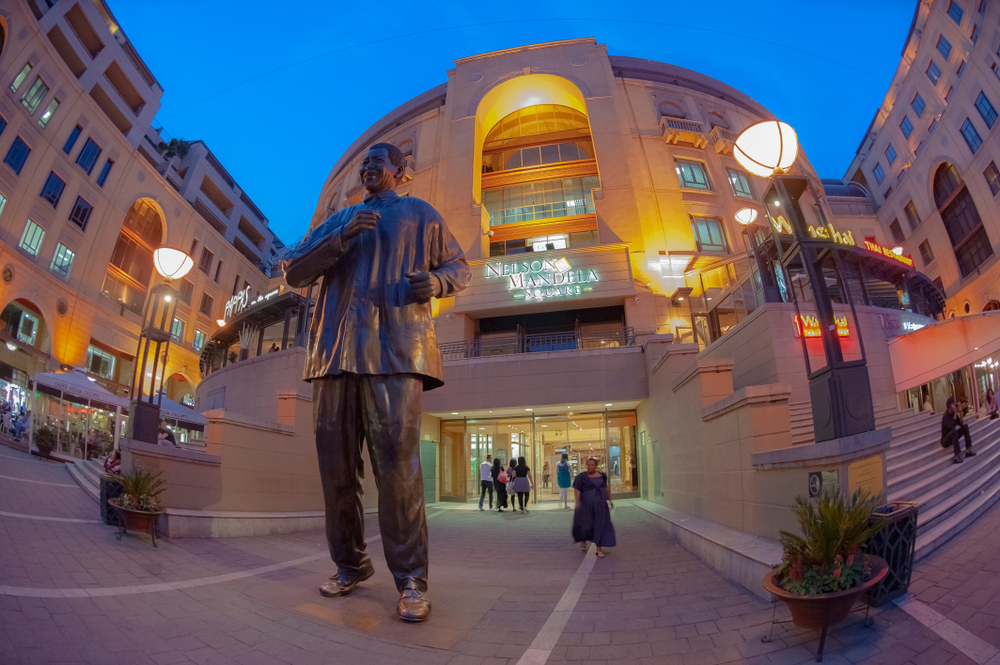 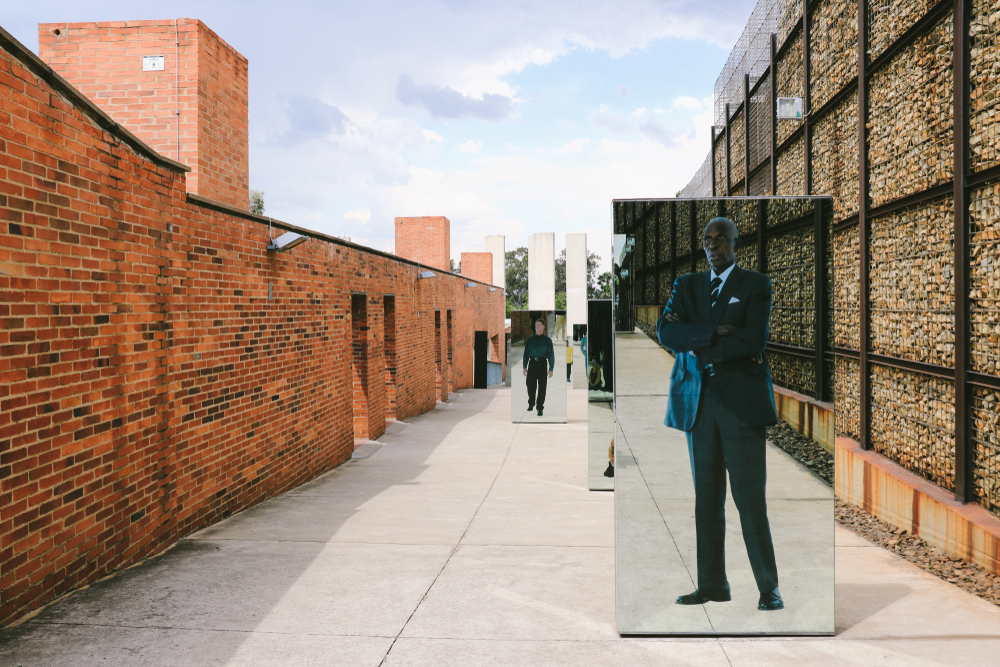 Apartheid Museum
Apartheid Museum
The Apartheid Museum, inaugurated in 2001, offers a clear view of the struggle of the South African people to win their freedom. Photos, film clips, items and documents trace the dark years of apartheid, the first uprisings, the repression, the release of Mandela and the first democratic elections in 1994.
Not just a museum, but a lesson in life. 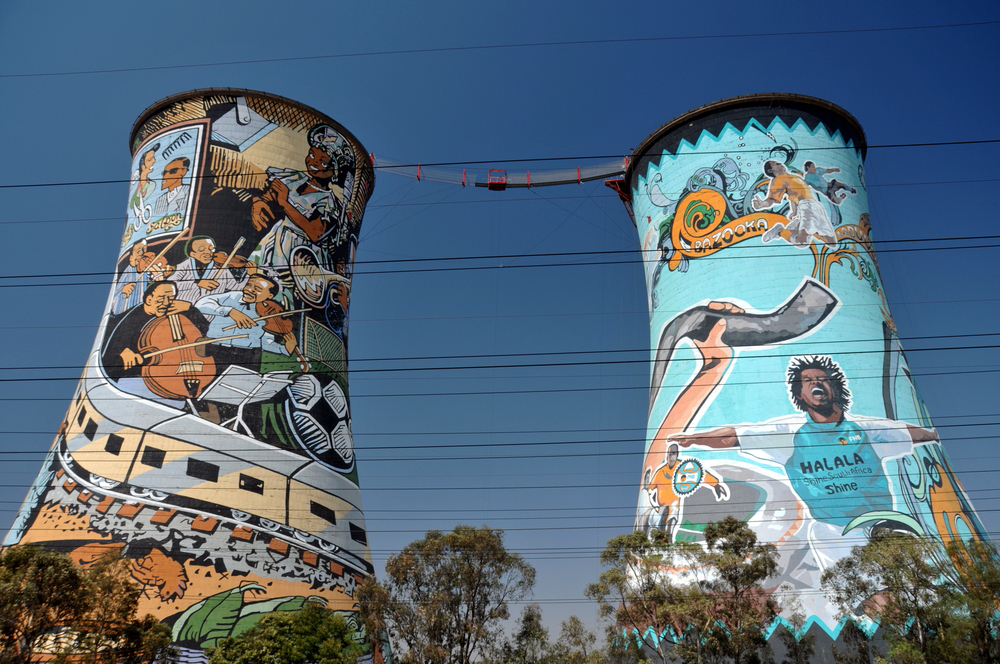 The two tower of Soweto
Township di Soweto
The famous township of Soweto is one of the main attractions of Johannesburg.
It is the largest township in South Africa and has played a major role in the history of the struggle against apartheid.
Must-see places: the district of Kliptown where in 1955 the Freedom Charter was signed; Vilakazi Street, which is unique for having produced two Nobel prizewinners for Peace: Nelson Mandela and the archbishop Desmond Tutu. It is also where the famous Soweto protest took place in June 1976, and nearby stands the innovative Museum dedicated to Hector Pieterson and the monument commemorating the revolt that inspired young people to open the way to the end of racial discrimination. 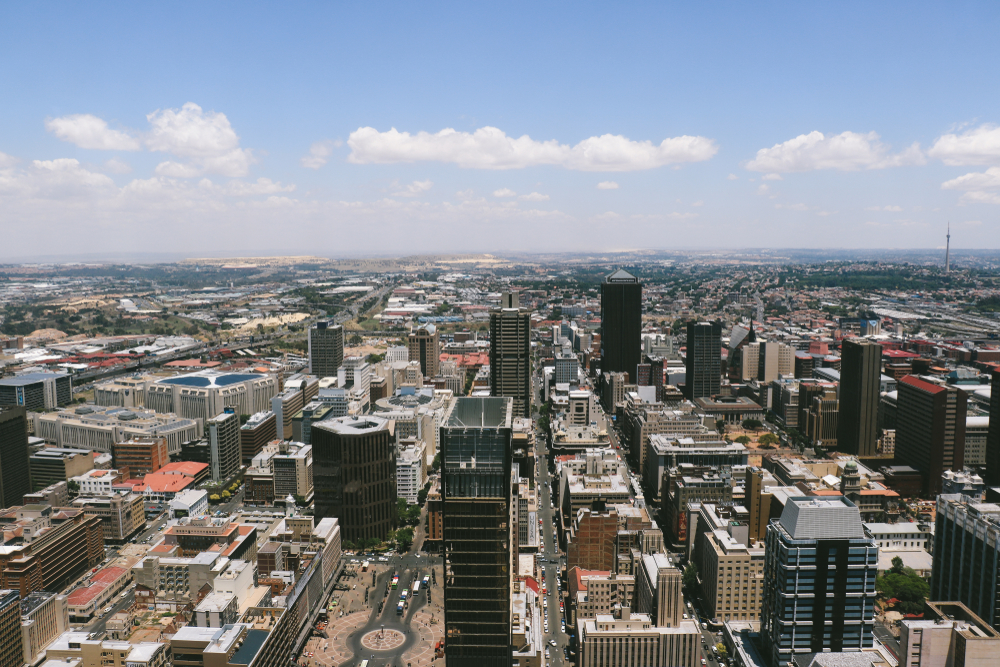 Carlton Panorama
Carlton Panorama
At the Carlton Panorama you will have some very wonderful views of the city, from the 50th floor of the tallest building in South Africa. A privileged location for taking panoramic photographs.
Where to taste traditional cuisine
Also on Vilakazi Street, you can enjoy tra­ditional African dishes such as umngqusho (made of beans and maize) and idombolo (home-made bread) in the restaurants of Nambitha and Sakhumzi. An alternative is the famous Wandies, in the district of Orlando West, where it is easy to discover the humour of the city while drinking a glass of good beer.
Where to sleep in Johannesburg

Johannesburg is a welcoming city and offers different possibilities for accommodation.

Booking.com
WHERE TO GO
Museums 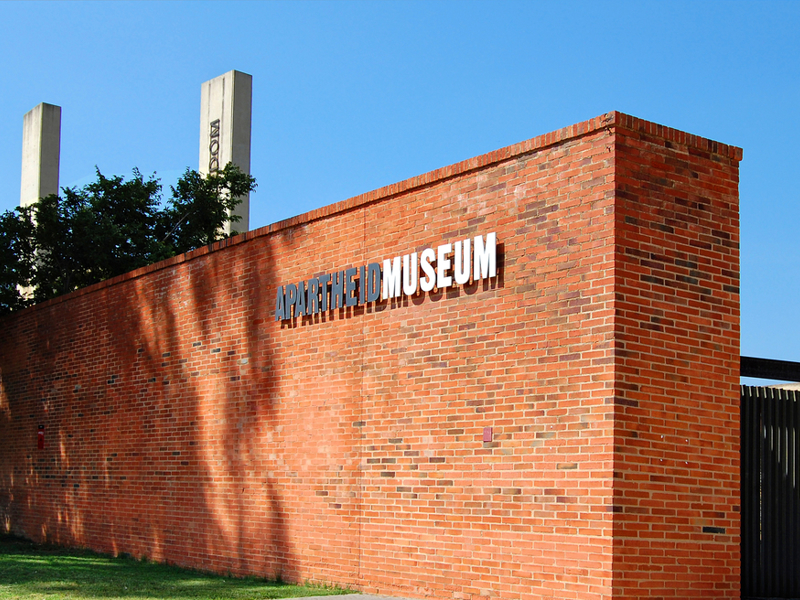 Apartheid Museum
Golden Road, Ormonde
The Apartheid Museum tells a story of the triumph of the human of the human spirit over adversity and oppression. The museum has been conceptualized by a multi-disciplinary team of curators, film-makers,  historians and designers.
www.apartheidmuseum.org 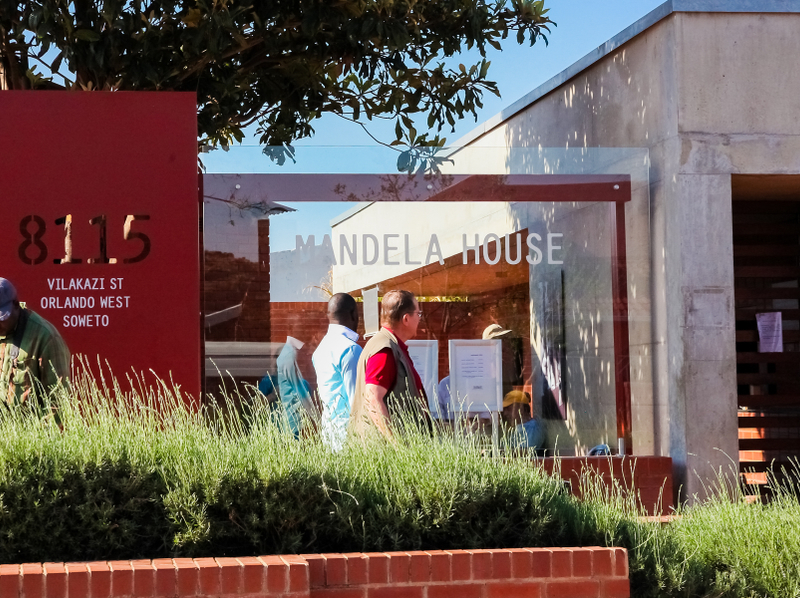 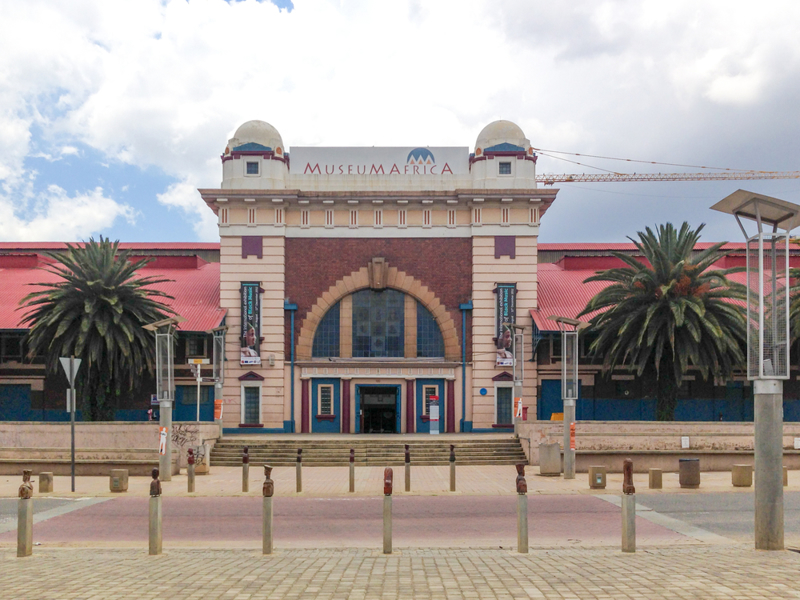 Museum Africa
Founded in 1933, the Museum illustrates all aspects of African cultural history and material culture. In 1994, after the end of apartheid and the establishment of the democratic government in South Africa, the museum was renovated and renamed Museum Africa. 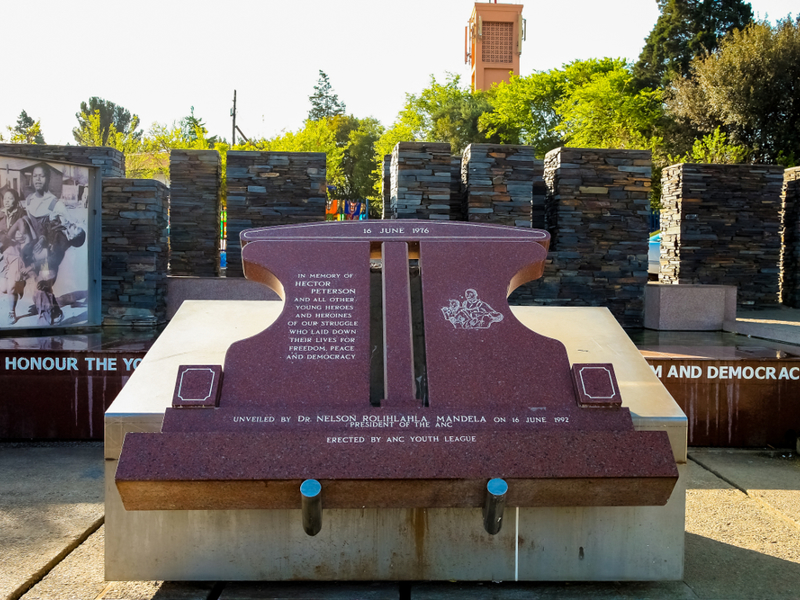 Hector Pieterson Museum
The Hector Pieterson Museum retraces the origins of the Soweto revolts and their consequences. On June 16, 1976, in the area where the museum is located, thousands of students gathered to march in protest against the introduction of Afrikaans as the language of instruction in Soweto schools.
Johannesburg Art Gallery
Cnr Klein and King George Street, Joubert Park
The mission of this institution is to contribute meaningfully to the appreciation of visual culture in a multicultural society. The core functions of the Gallery are to collect works of art-historical importance, conserve them, display permanent and temporary exhibitions, and educate the public around these. The collection was started circa 1910 and the Gallery opened in 1915.
Absa Art Gallery
161 Main Street, Johannesburg Absa Towers
Absa Towers North in downtown Johannesburg houses many unique works of art in the offices and reception areas, as well as in the smaller art gallery which houses spectacular original art. Exhibitions to showcase the amazing works created by established and upcoming artists.
Parks 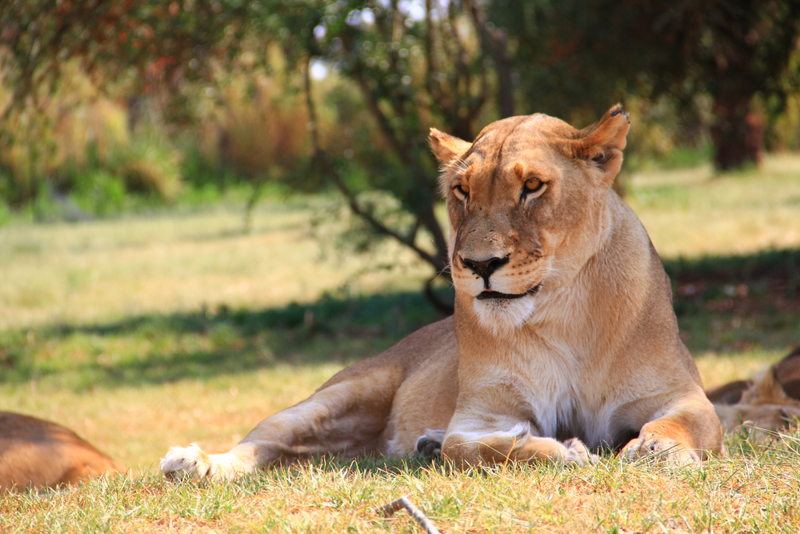 Lion Park
Muldersdrift Road Muldersdrift
A Magnificent Park only 30 km from Johannesburg comprises 200 hectares of grassland and forests. Many species of game can be sighted here. See prides of lions in the lion enclosure their cubs. There is also a petting zoo for the children.
www.lionpark.com 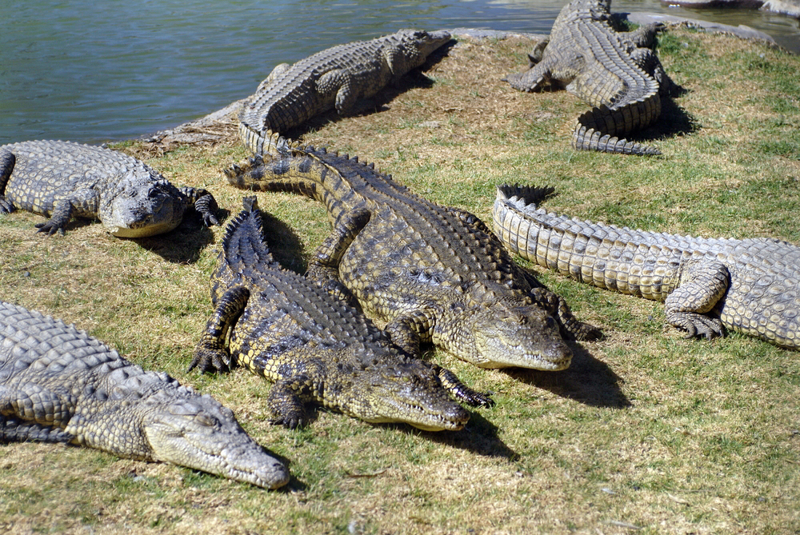 Croc City Crocodile and Reptile Park
It is just a 5-minute drive from the North Fourways area of Johannesburg, close to Lanseria International Airport. Admission to Croc City also gives you the opportunity to hold crocodile hatchlings, a variety of exotic snakes and tarantulas. Also on display are some of the most venomous snakes in South Africa, including the black and green mamba, the boomslang and many others.
Melville Koppies
Judith Road Emmarentia
Declared a nature reserve in 1959, the archaeological site is of great interest as relics discovered and preserved here. The great wealth of natural and historical knowledge contained in this treasure chest makes it a “must see” for every person.
Airports nearby Johannesburg