The airport
How to get there
Near by

Dublin Airport is the busiest of Ireland and among the top ten busiest airports in Europe. Manages an average of 60,000 passengers and more than 600 aircraft per day. The airport was officially opened in 1940. New tracks were completed in 1948 and then, in 1950, the airport was used by 920,000 passengers. Since the original terminal unable to handle a growing number of such passengers, were inaugurated new terminals in 1959 and 1972. In 2010 was opened the new Terminal 2 that will handle over 15 million passengers a year. The architect of the new terminal, which was awarded for the design, was Desmond FitzGerald. It is a modern airport in Europe and an excellence for the Irish aviation. 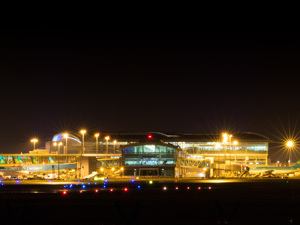 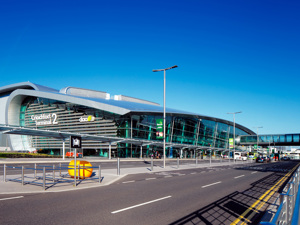 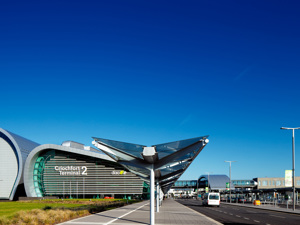 Dublin Airport is reached by over 1,000 buses a day. From the airport you can reach many areas of Dublin and its hinterland, as well as various towns and cities across Ireland. The buses connect the airport to Dublin, Heuston and Connolly Train Stations, Greystones, Cork and Belfast, Gorey, Enniscorthy, Wexford, Wellington Bridge, Busaras and many other destinations. On the website of the airport are given 14 bus companies that manage all connections.