Cork
Where to go
Airports
Cork, a pretty and lively city
The Irish who live in Cork are very proud of their lively city, which they consider to have a quality and level of life greater than all the island’s other cities, and even the capital Dublin; some even believe that it is the true capital of Ireland. The tree-lined streets, attractive avenues and alleys intriguingly dotted here and there make the almost magical essence of the place loved by visitors from first sight. 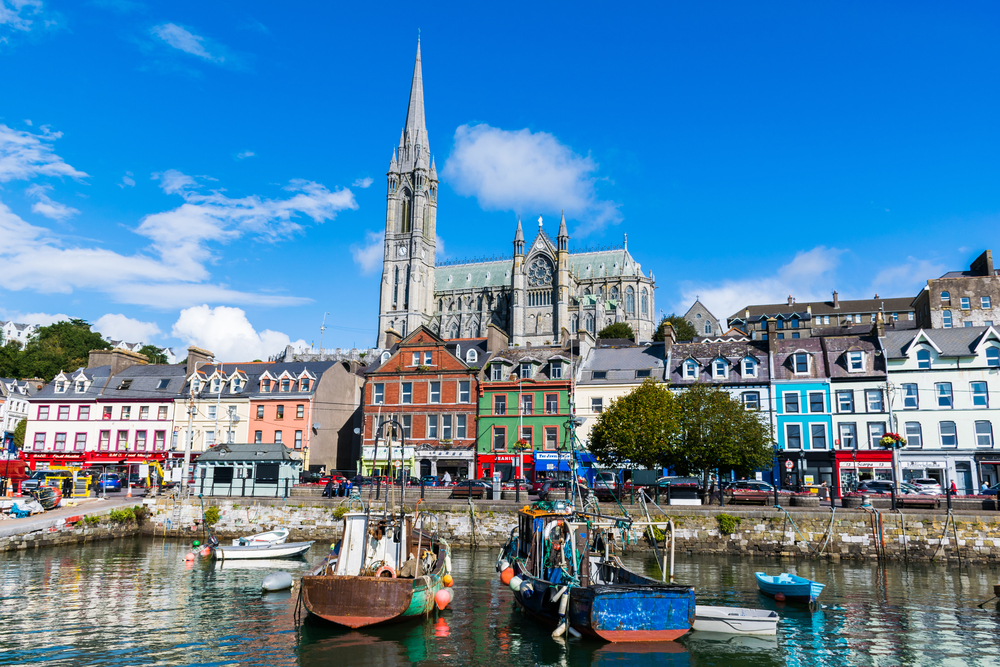 The city of Cork overlooking its port
Culture is one of Cork’s specialities and its artistic life is always very animated. Art, classical music and jazz festivals alternate at a rapid pace; the Crawford Art Gallery displays stained glass panels by Harry Clarke, the Irish magician of artistic stained glass windows, and casts of sculptures by Canova, donated in 1884 by the Vatican Museums to the Cork Society of Art. Among these is the Belvedere Torso, the Laocoon and the Discobolus.
There are also unique aspects of the history of the country: the Cork City Gaol displays, for example, a slice of life of inmates in the nineteenth century, who were considered heroes and a source of national pride for having fought for Irish independence against Great Britain. But culture is also found on the streets, in Plunkett Street and St. Patrick Street, which even during the day are brought to life by the songs of artists, while at night they are animated by the sound of music from the pubs, which gives the streets a fascinating atmosphere, and it is for this vivacity that Cork was named European Capital of Culture in 2005.
The chief city of the county of the same name, Cork is the Ireland’s second city after Dublin. It is crossed by the River Lee which makes it an important maritime port and which divides into two meanders creating an island in the centre.
There are two important and spectacular churches in the city: the Catholic St. Mary’s Cathedral, and the Protestant St. Fin Barre’s Cathedral, which was built in a towering and striking Neo-gothic style. 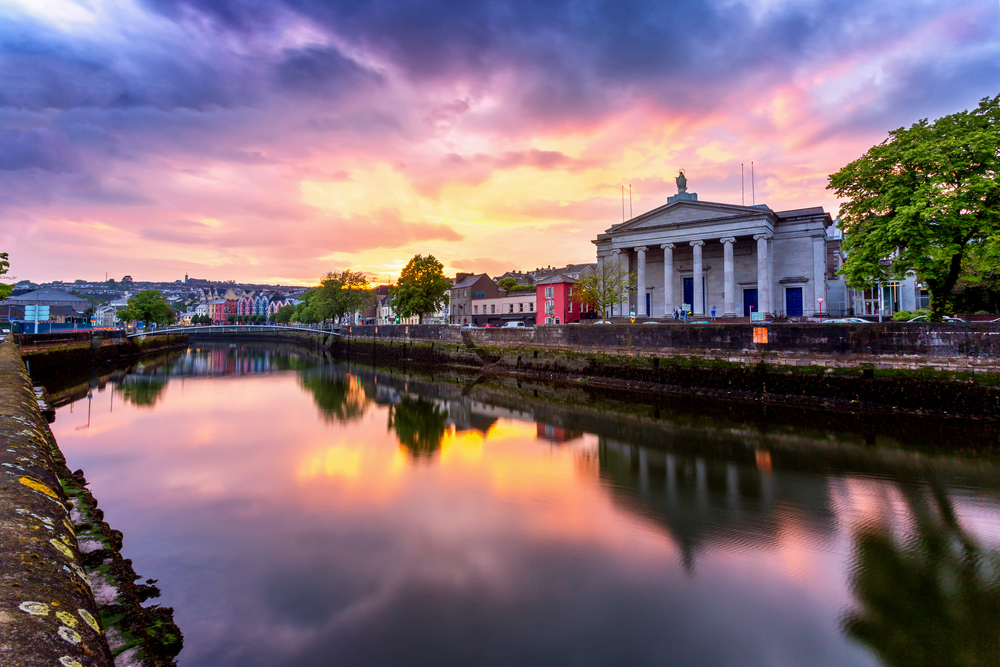 The River Lee
West Cork is known throughout the world for its wild beaches and rocky promontories, but also for the islands of Cape Clear and Sherkin, where the old Gaelic is still spoken. Towards the east, just ten minutes from Cork, is the Fota Wildlife Park, a unique natural reserve where cheetahs, zebras, kangaroos and monkeys roam undisturbed, which has been called ‘a bit of Africa in Ireland’, although with somewhat different temperatures. The port city of Cobh, where the Titanic made its last stop in 1912, is found here, but there are also historic towns such as Youghal, where in 1956 the famous film Moby Dick was shot.
An experience not to be missed is a live show of traditional Irish music in one of the city’s many pubs.
However, to fully explore every experience that the city offers, we recommend a guided tour: Cork City Tours manages a fleet of open-topped double-decker buses, which run every day. The Cork Fabulous Tasting Trail is also another experience to try. It takes place on a Saturday morning and lasts three hours. 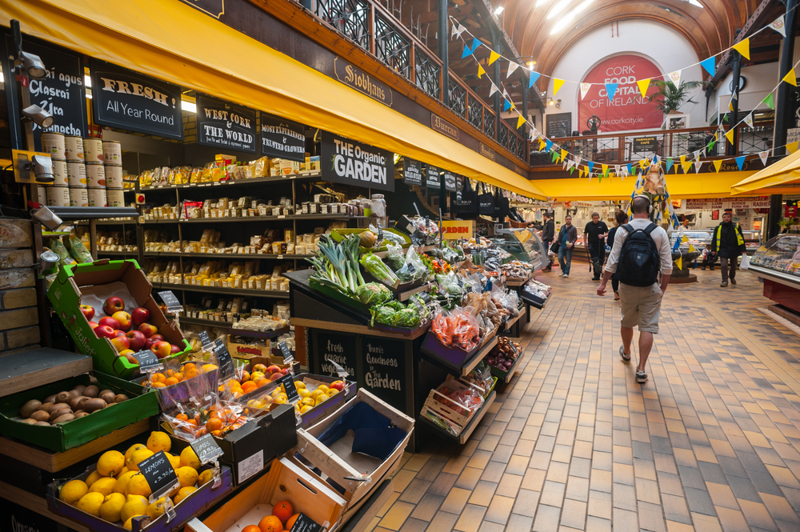 English Market di Cork
The famous markets of Cork
Cork also has genuine gastronomic delights, all, or almost, concentrated in the English Market, the oldest market in Europe, which, it appears, delighted the austere Queen Elizabeth so much that she was photographed smiling with a fishmonger in the centre of the myriad of products sold, which include fish, sausages, vegetables, bread and coffee – a sort of eastern souk.
The Cork Fabulous Tasting Trail is also another experience to try. It takes place on a Saturday morning and lasts three hours. You’ll visit all the covered and open-air markets and stop in some of the most interesting places for tasting.
Where to sleep in Cork 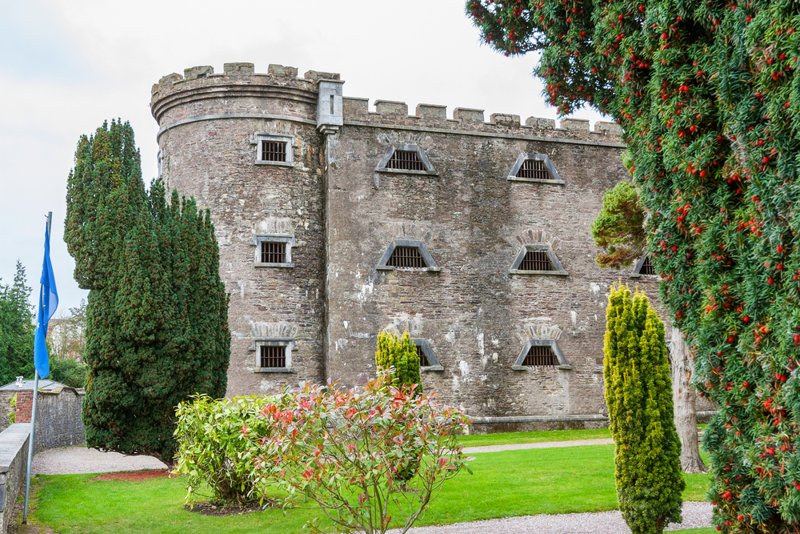 CORK CITY GAOL
Convent Avenue - Sunday’s Well
Cork City Gaol is located 2 km from Patrick’s Street and is a major visitor attraction in the city. The local prison, designed by Thomas Deane, was built in 1825 and closed down in 1923. Since 1878 only women were imprisoned here, except during the Civil War. Visitors can find out about the prisoners' daily routine and see some of the graffiti left over from the 20century. An audio visual presentation depicts living conditions in Cork during the 19century.
corkcitygaol.com 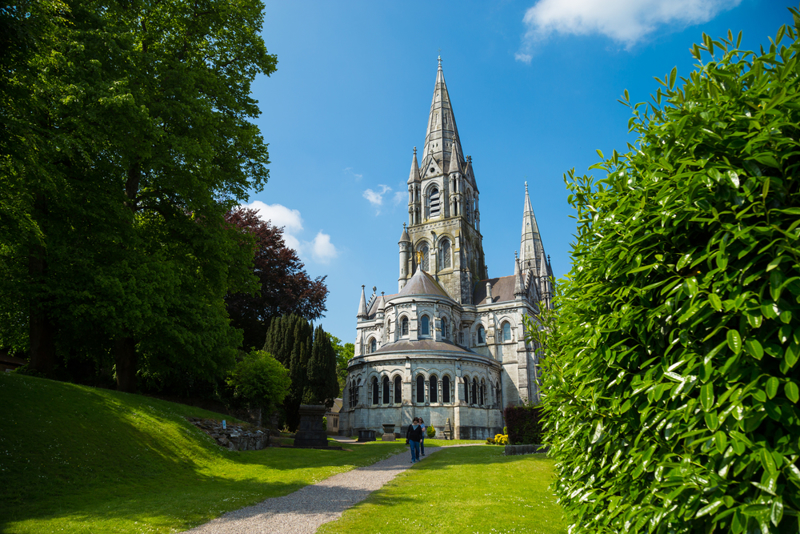 SAINT FIN BARRE'S CATHEDRAL
Library House - Dean Street
Willliam Burges was appointed architect for a new cathedral in 1862, after a competition. Among the requirements of the competition was that the cost of the building should not exceed £15,000 and Burges was criticised by other architects because the cost of the towers, spires and carving was not included in his estimate. In the end some £100,000 was spent on the building.
Museums 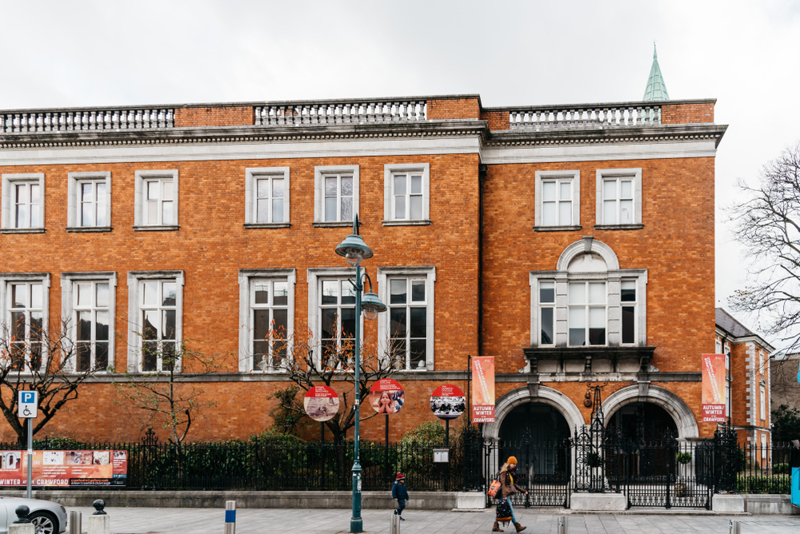 CRAWFORD ART GALLERY
Emmet Place
Crawford Art Gallery, located in the heart of Cork city, is a National Cultural Institution and Regional Art Museum for Munster, dedicated to the visual arts, both historic and contemporary. The Gallery´s permanent collection comprises over 2,000 works, ranging from eighteenth century Irish and European painting and sculpture, through to contemporary installations. At the heart of the collection is a collection of Greek and Roman sculpture, brought to Cork in 1818 from the Vatican Museum in Rome.
www.crawfordartgallery.ie
CORK PUBLIC MUSEU
Fitzgeralds Park - The Mardyke
The museum was originally opened in 1910 under the curatorship of J.P. Dalton. After the burning of Cork in 1920, Cork Public Museumfinally re-opened in 1945 with M.J. O’Kelly, professor of archaeology. He began the tireless work of collecting, cataloguing and exhibiting material. In 1996, Cork Public Museum received funding from the European Regional Development Fund to build an extension to the museum and work for a modern museum began on designing of the architect Neil Hegarty.
Excursions 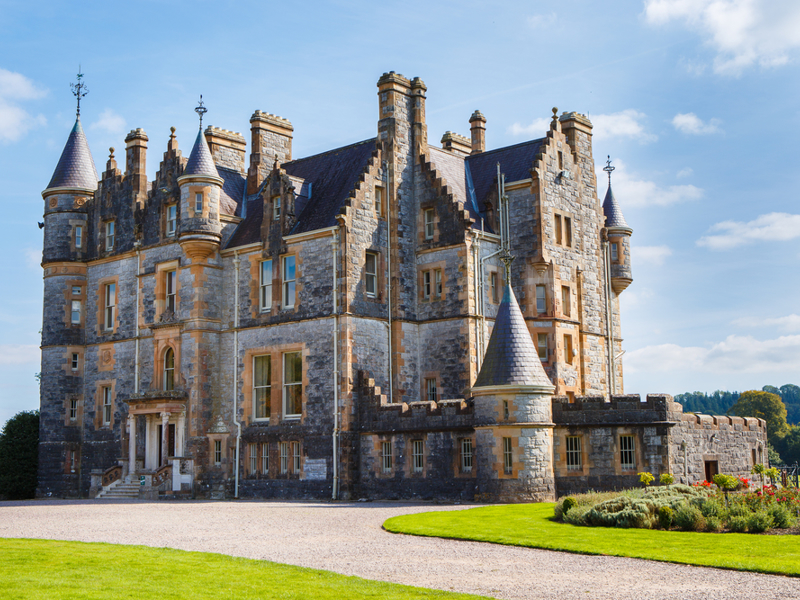 BLARNEY CASTLE
Blarney Castle was built nearly six hundred years ago by one of Ireland's greatest chieftains, Cormac MacCarthy, and has been attracting attention ever since. Over the last few hundred years, millions have flocked to Blarney, making it a world landmark and one of Ireland's greatest treasures. Now that might have something to do with the Blarney Stone, the legendary Stone of Eloquence, found at the top of the Tower. Who kiss this stone will never again be lost for words.
www.blarneycastle.ie 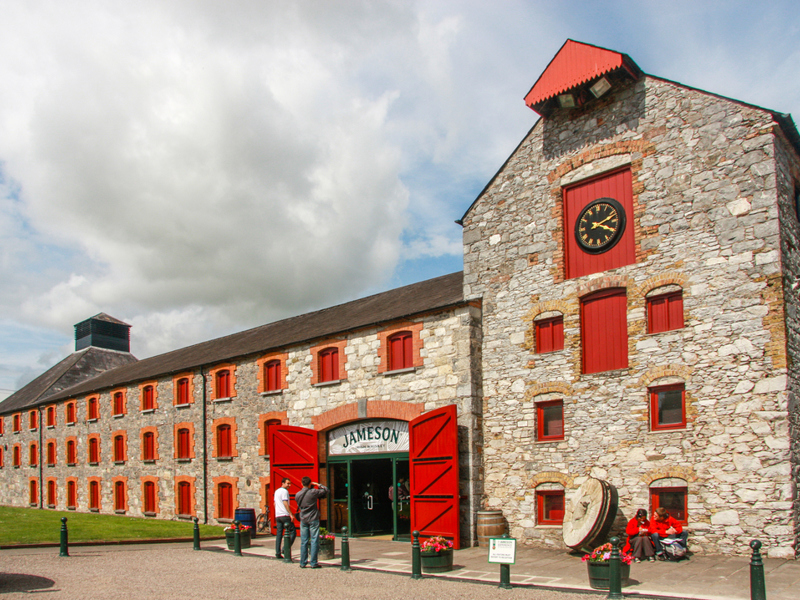 JAMESON
The Jameson Experience in Midleton is one of the top attractions in Cork and is a unique experience. The Old Jameson Distillery, set on 15 acres and beautifully restored, this is where the true heart of Irish whiskey. Guided tours take you to old distillery with some of the buildings dating back to 1795 where you can see the old kilns, mills and malting, water wheel and old warehouses. Guided tours end with a complimentary glass of Jameson Whiskey.
www.jamesonwhiskey.com
Airports nearby Cork 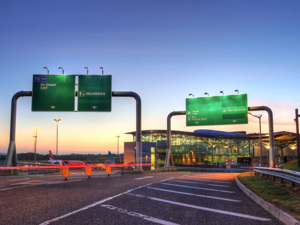