Budapest
Where to go
Airports
Advertising
The city of spas
An elegant and imposing city and major protagonist of European history, Budapest, divided by the Danube, has a cultural tradition inherited from the Austro-Hungarian Empire. Budapest was an ancient Roman colony and it was the Romans who were the first people to exploit the 123 thermal springsfound in the region, which are now one of the city’s main attractions. 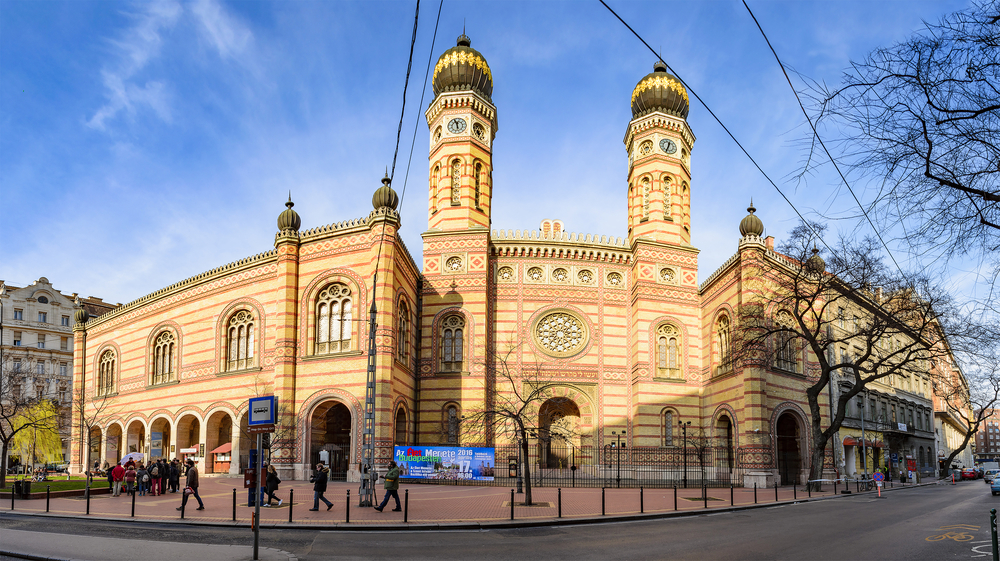 The synagogue
The synagogue
Budapest has the largest synagogue in Europe, in Dohány Street. With a surface area of 2,000 square metres, a height of 44 metres and able to hold 3,000 people, the synagogue is a truly impressive building. Built in Moorish style in the mid 19th century, it is second only in size to the synagogue of New York. 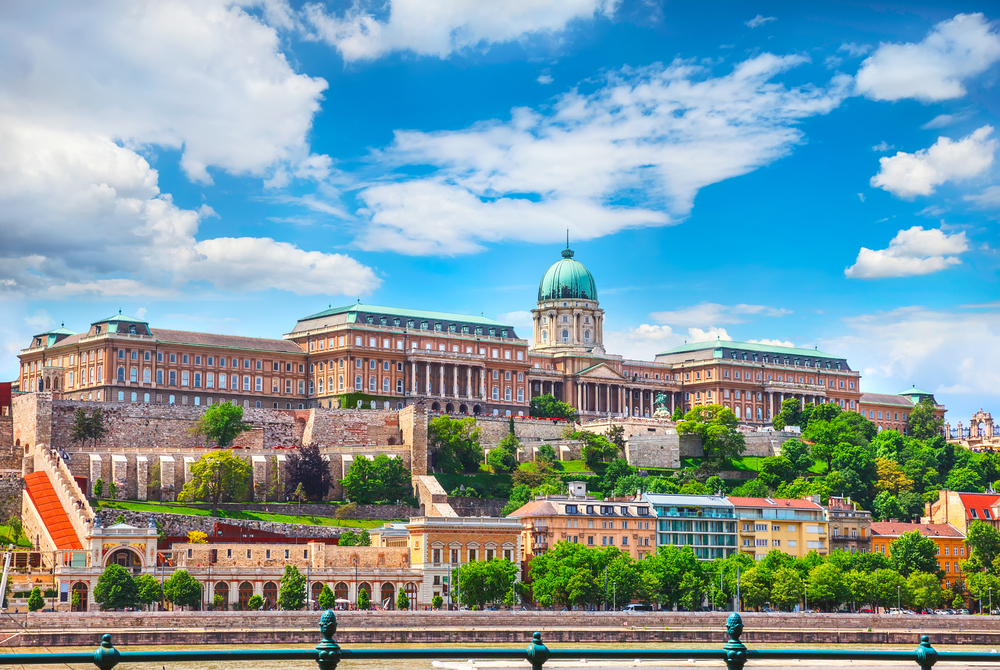 The Buda Castle
The Buda Castle
It is without doubt one of the most famous and visited tourist attractions in the city, just as the Royal Palace is one of the city’s most important symbols. Buda Castle houses within its confines three churches, five museums, different buildings of various types, monuments, squares of great historic importance and even a theatre.
There are breathtaking views from the Fisherman’s Bastion and from the promenade in front of the National Gallery, from where you can admire the River Danube in all its glory. The Chain Bridge, a spectacular sight when lit up at night, is another symbol of Budapest.

Margaret Island, in the middle of the Danube between Margaret and Arpad bridges, is home to the most beautiful park in the city. The island has some wonderful buildings with a unique atmosphere, such as the Water Tower, the musical fountain, the open-air theatre, St. Michael’s Church and the ruins of buildings dating back centuries ago. 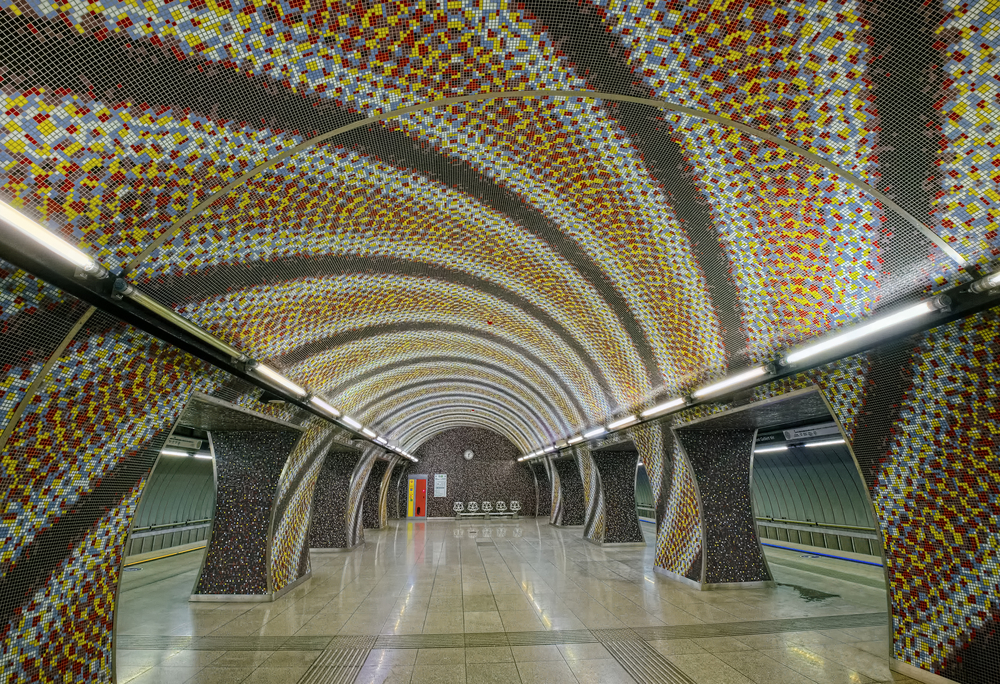 The underground
The underground
Budapest has the oldest underground rail network in continental Europe (the oldest in the world is in London), which began operating in 1896 and is currently made up of 3 lines: M1 (yellow), M2 (red), M3 (blue). It also holds another record: it has the largest synagogue in Europe, in Dohány Street 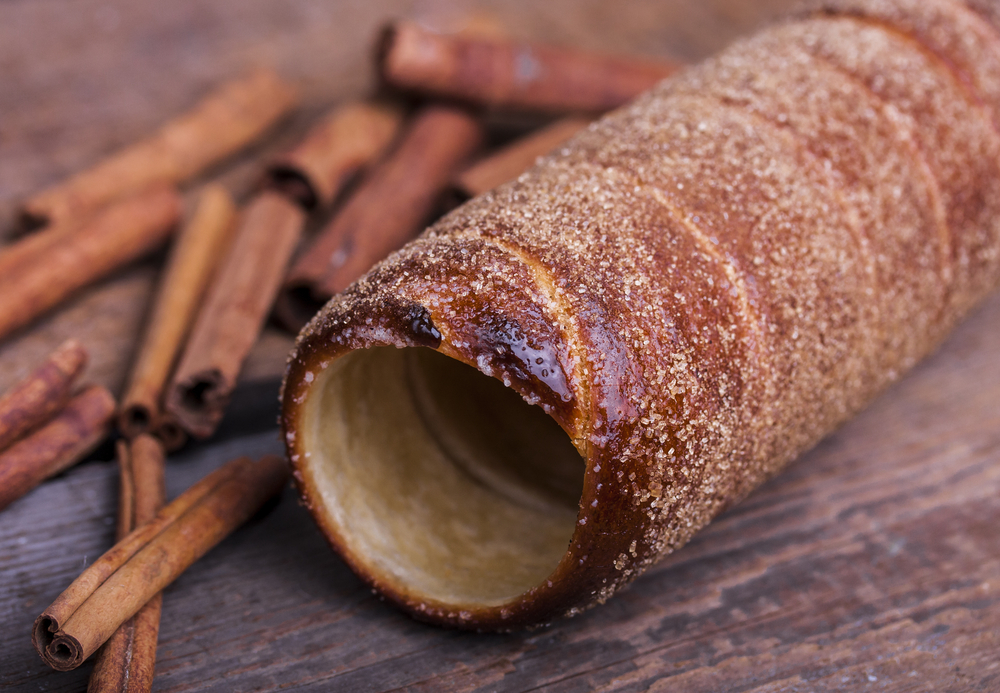 The kürtőskalács
Hungarian cuisine
Among the typical Hungarian dishes to taste are: halászlé (spiced paprika fish soup), töltött káposzta (the stuffed cabbage with sour cream) and kürtőskalács (sweet hearth)
Also famous are the wines like the tokaji aszú, a dessert wine that Louis XV of France called the "King of wines".
Where to sleep in Budapest 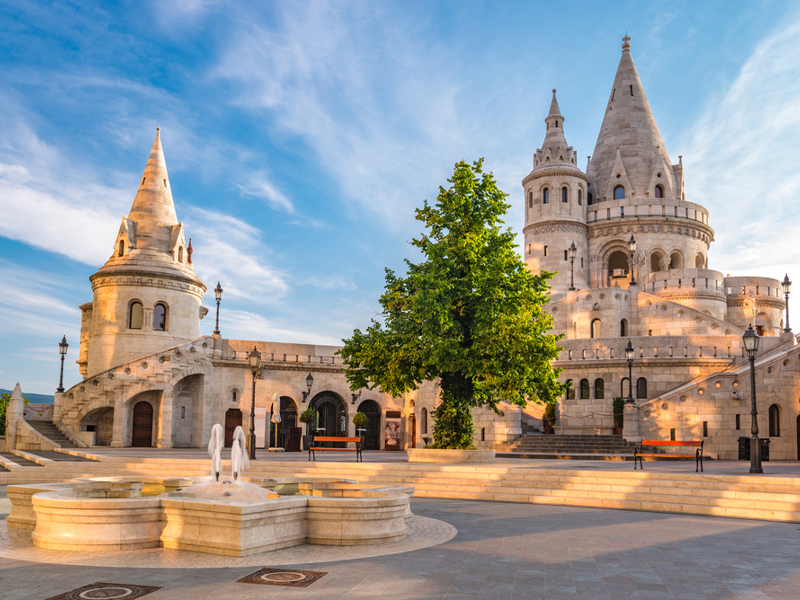 THE ROYAL PALACE - BUDA VAR
I Szent Gyorgy ter
Buda Castle is one of Budapest’s most visited and famous attractions. This royal palace, a symbol of Hungary, was the site of battles and wars during the thirteenth century. Rebuilt after World War II, its walls enclose three churches, museums, monuments, squares of great historical importance and a theatre that features different styles dating back from the eighteenth to the twentieth century.
www.budavar.hu 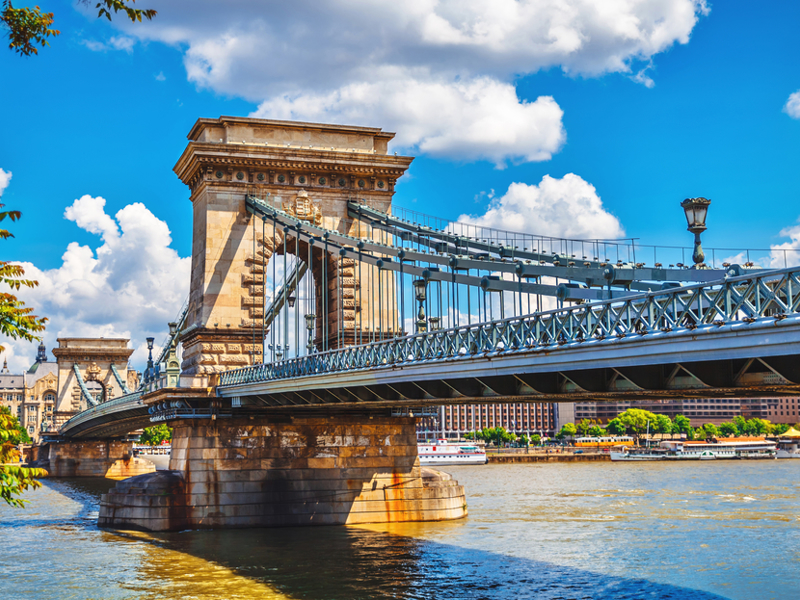 CHAIN BRIDGE
This is one of Budapest’s most famous landmarks and offers a breathtaking view. The first permanent bridge in the capital, it is illuminated at night to wonderful effect. It was built between 1839 and 1849 on the request of Count Istvàn Szechenyi and during World War II was completely destroyed. It was fully rebuilt in 1949 to mark its centenary. 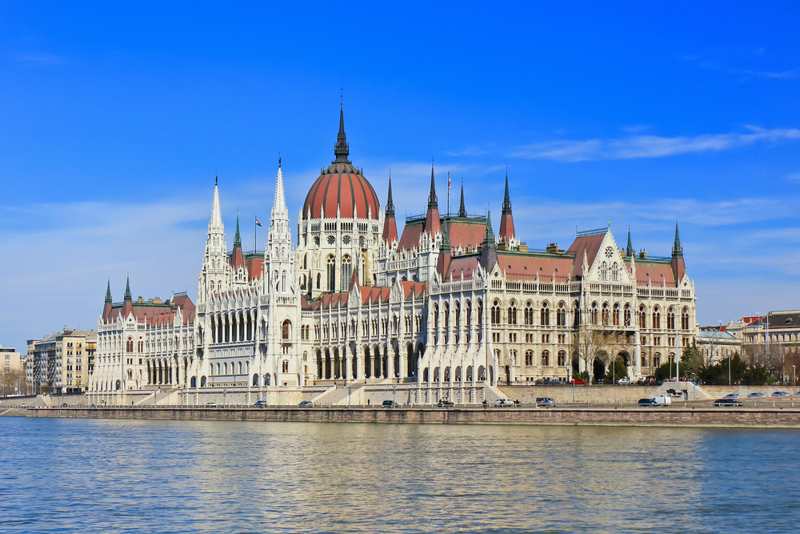 ORSZAGHAZE PARLIAMENT BUILDING
This is the largest building in Hungary and seat of the country’s parliament. Built between 1884 and 1904, it has some 691 rooms and is one of the city’s main landmarks - it is extremely picturesque and visible from every area of the city. It houses the Sacred Crown of Hungary, also known as the Crown of St. Stephen. 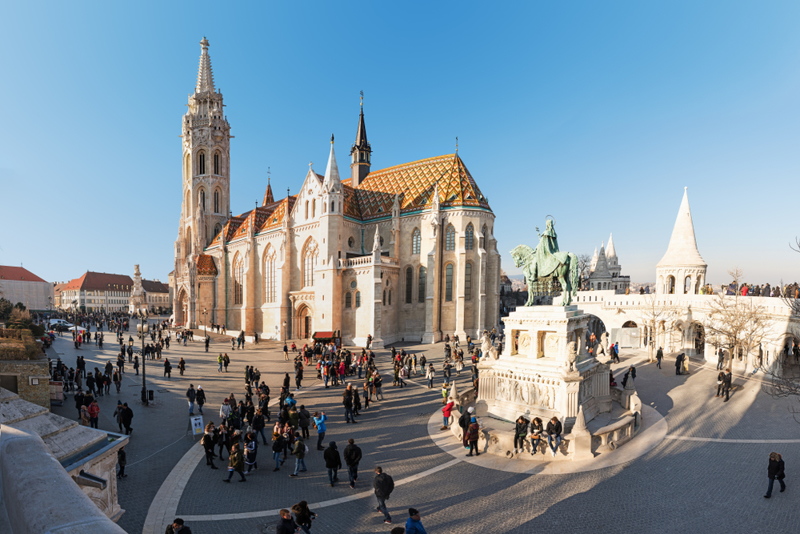 MATTHIAS CHURCH - MATYAS TEMPLOM
I., Szentharomsag ter 2.
The most beautiful and famous Roman Catholic church in Budapest, which was built in the thirteenth century with its definitive form in Neo-Gothic style. Its sumptuous interiors preserve the atmosphere of a coronation church for Hungary’s kings.
www.matyas-templom.hu 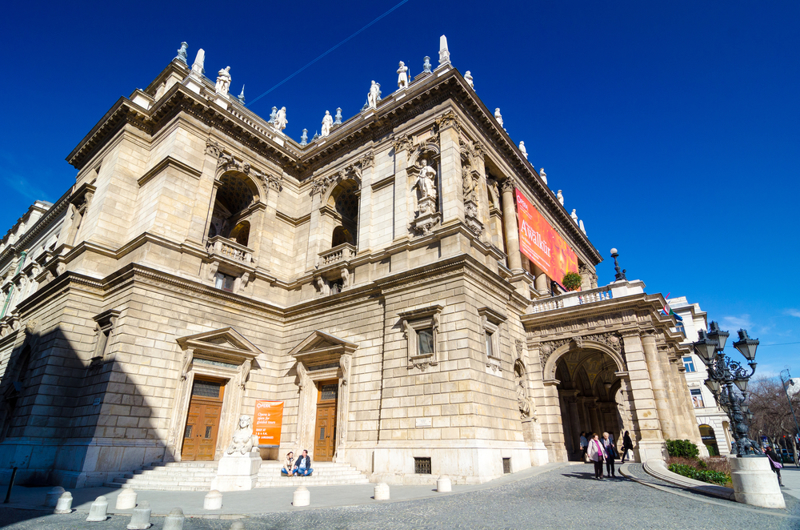 OPERA THEATRE - OPERALATOGATAS
VI Andrassy ut 22
The Opera Theatre was built in 1884 in Neo-Renaissance style and its interiors are among the most beautiful in Europe and the world. Visitors are stunned by the magnificent architecture during performances.
www.operavisit.hu
Museums 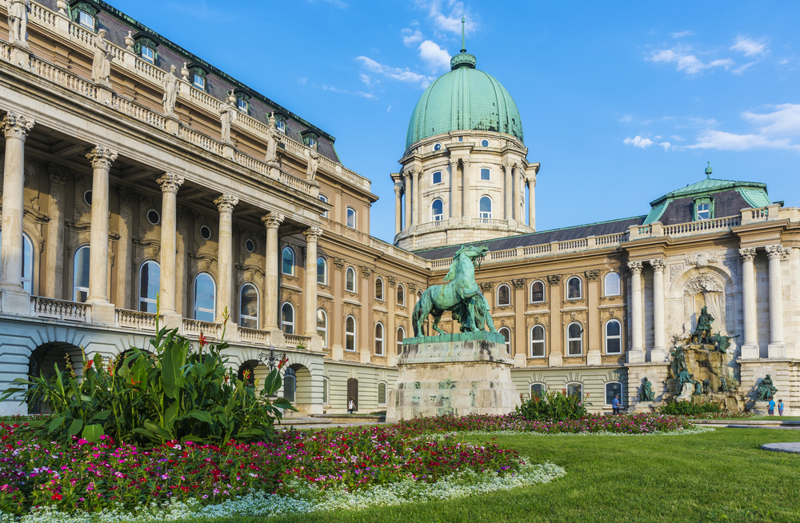 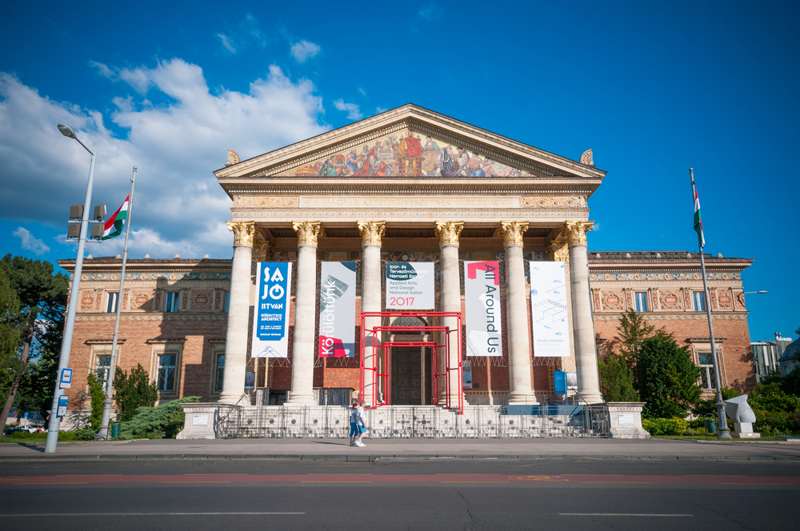 PALACE OF ARTS - MUCSARNOK
XIV., Hosok tere
The Palace of Arts provides one of the largest halls for exhibitions and temporary displays of fine arts in Hungary. The construction, in Renaissance style, is a prominent architectural feature of the Square of Heroes. It operates following the German Kunsthalle model and its periodic exhibitions present works on the modern national and international scene.
www.mucsarnok.hu - www.kunstalle.hu
Excursions 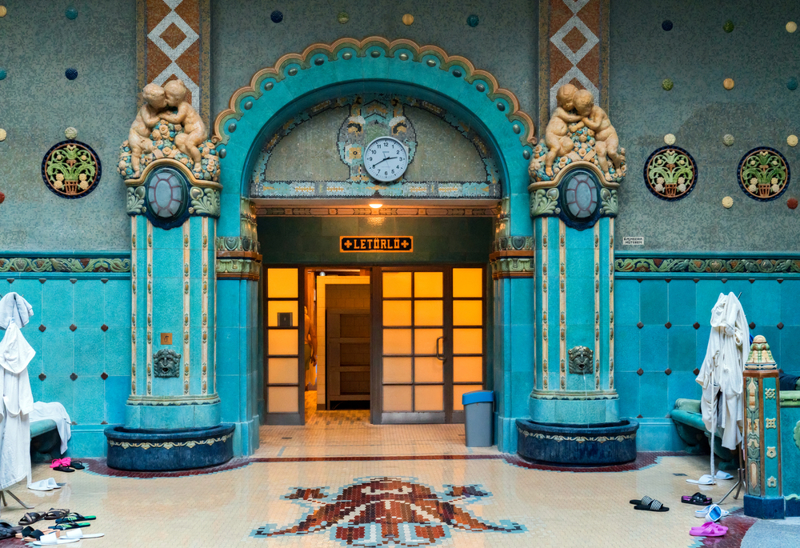 GELLERT BATHS
XI., Kelenhegyi ut 4.
The Gellert Thermal Baths are found at the foot of Mount Gellert and, together with the Kiraly Thermal Baths, are the most famous and elegant of the city. They are located inside striking Art Nouveau building that offers warm water pools at a constant temperature of 44°C.
www.budapestgyogyfurdoi.hu 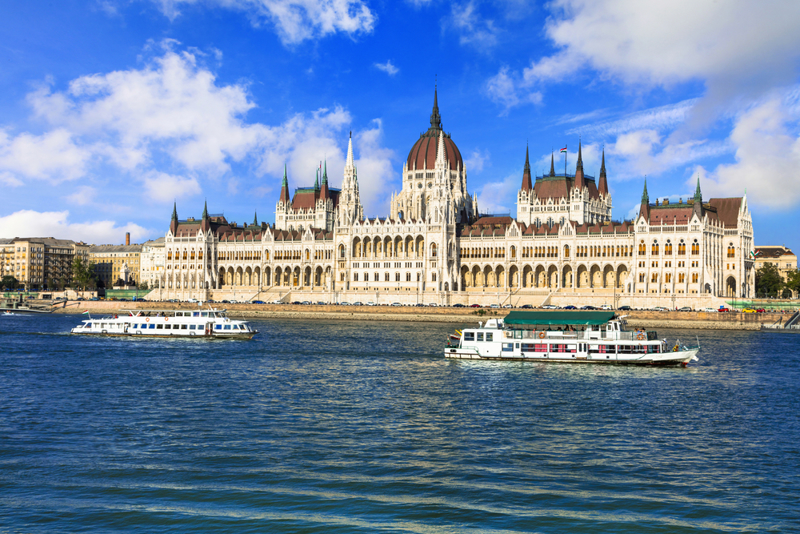 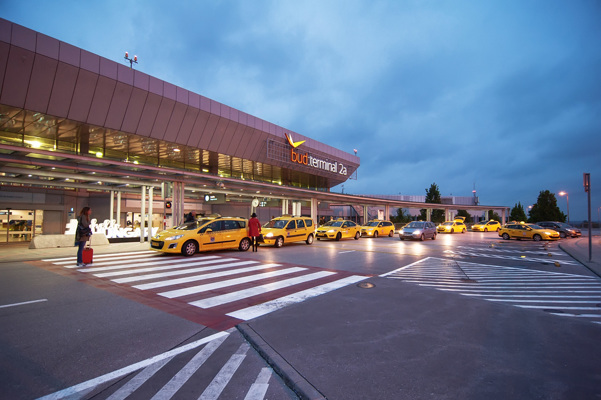 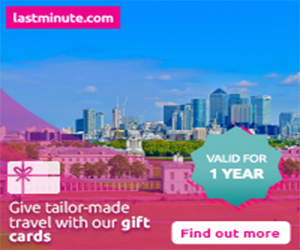