Iasi
Where to go
Near by
Airports
Advertising
Economic centre, cultural and academic of Moldavia
Iasi, Romania’s second largest city after Bucharest in terms of numbers of inhabitants, is considered the economic, cultural and academic centre of the Moldavian region, which was part of Romania before it became an independent state in 1991.
Iasi, today a beautiful Romanian city, sits on the banks of the Bahlui River near its confluence with the Prut River, which marks the boundary between Romania and the Republic of Moldova. Iasi has a long cultural tradition with some five universities, including the oldest in the country, the Alexsandru Joan Cuza University, which dates back to 1860, and it was here that the first Romanian language school was founded and the first book printed in Moldavia was issued. 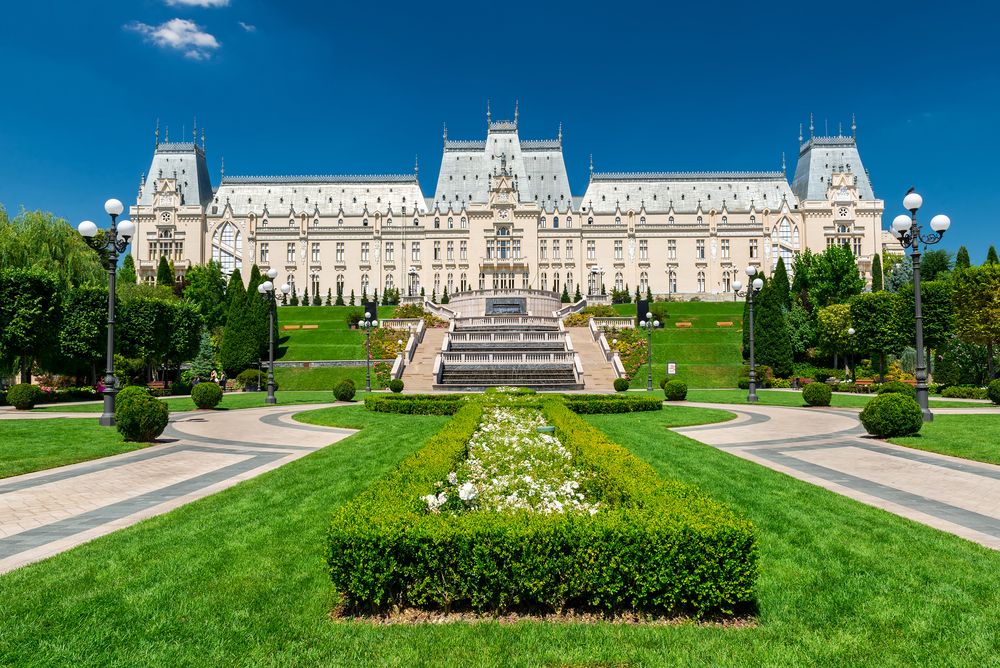 The Palace of Culture
The Palace of Culture
The symbol of the city is the majestic Palace of Culture. Built in flamboyant Gothic Revival style, the palace has an amazing number of rooms - some 365, including the Gothic Room, which displays a medieval bestiary, the Voivoda Room, with portraits of the princes of Moldavia and the kings of Romania, and the beautiful Central Tower. Each hour eight bells in the tower play the ‘Union Dance’ song, which celebrates the creation of the United Principalities of Romania in the mid nineteenth century.
For over fifty years this extraordinary building has housed the bountiful National Museum Complex of Moldavia, which includes the History Museum, the Ethnography Museum, the Art Museum and the Museum of Science and Technology. A statue sits in front of the palace, which depicts Stephen the Great, Moldavia’s best-loved sovereign who lived at the end of the fifteenth century and is worshipped as a Saint of the Orthodox Church on 2nd July.
The churches 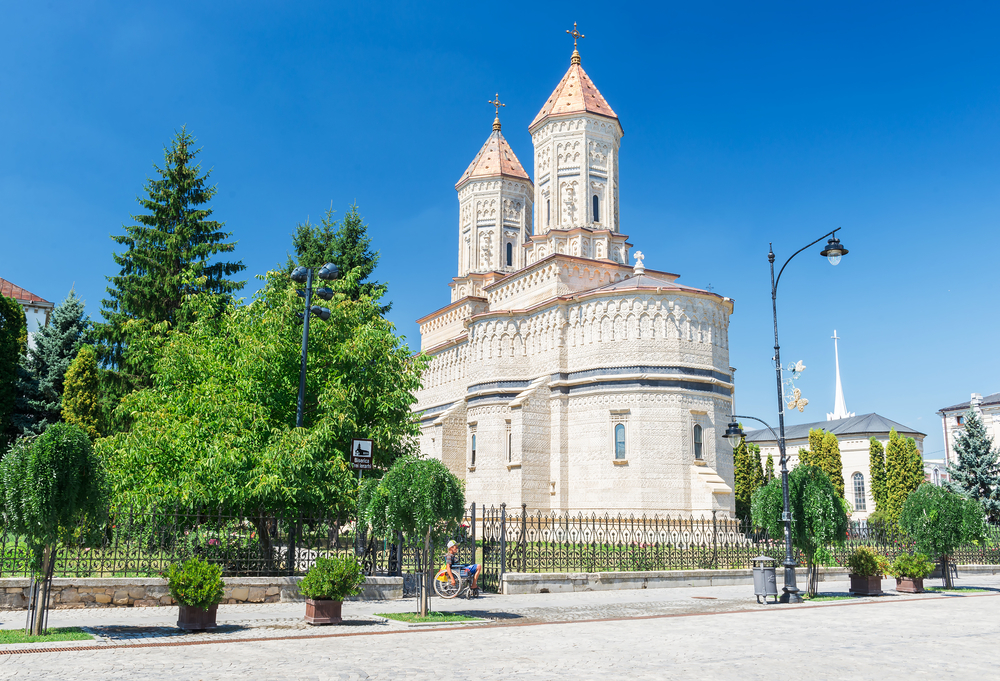 Church of the Three Hierarchs
King Stephen, with great devotion, commissioned many places of worship, the oldest and most famous of which is the Royal Saint Nicholas Church, built at the end of the fifteenth century, which was situated near the royal court and served as the Metropolitan Cathedral. There are approximately 100 orthodox churches in the city. These include a new Cathedral, built in the nineteenth century in Italian Renaissance style, which houses the remains of Saint Parascheva, patron saint of Moldavia, and the Church of the Three Hierarchs (Basil the Great, John Chrysostom and Gregory of Nazianzus), built in the seventeenth century with a traditional Moldavian layout in the form of a clover leaf. This uniquely splendid building has rich oriental decorations of Byzantine inspiration and is known for its extraordinary stone lacery.
The Great Synagogue of Iasi is the oldest surviving Jewish prayer house in Romania and the second oldest synagogue in Europe. It was founded in 1670, reportedly at the initiative of Rabbi Nathan ben Moses Hannover, religious leader of Iasi's Jewish community in the 1660s. Since its foundation in the second half of the 17th century, the Great Synagogue has undergone a number of major renovations. Although called "the great," the size of the synagogue is actually very modest. Today, the Great Synagogue continues to serve the Jewish community of Iasi. It has been recognized as a historical monument. 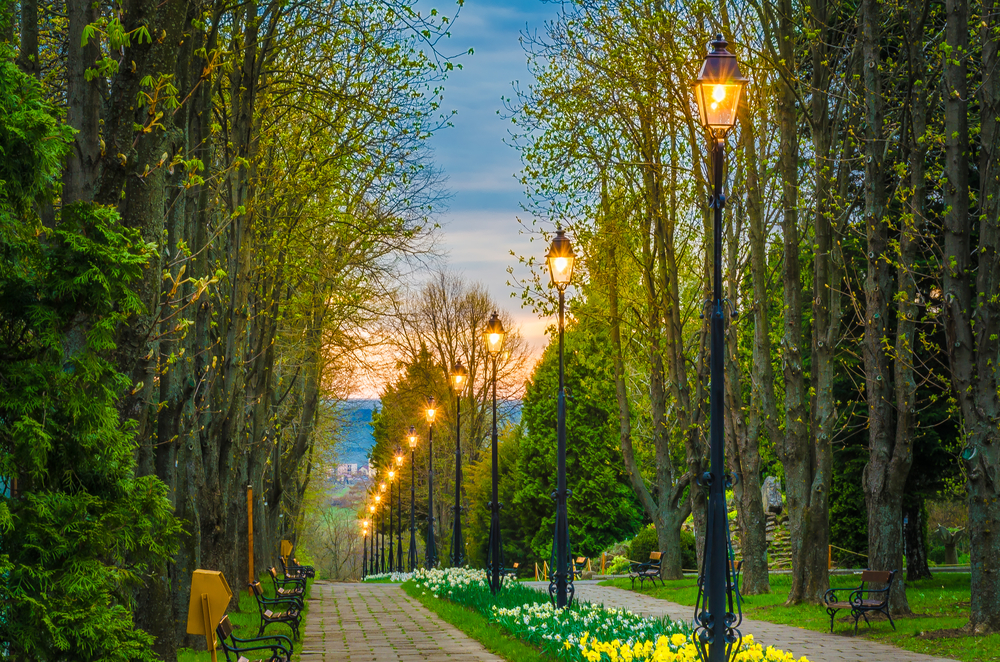 The Copou garden
The Copou garden
The Copou Garden was created in the first half of the nineteenth century on one of the seven hills on which Iasi is built, which range from a height of 40 to 400 metres above sea level. The largest park in the country, covering 80 hectares, it features a very old Romanian monument, the Obelisk of Lions, which was built to honour the European powers that recognised the independence of the Romanian principalities.
Vasile Alecsandri National Theatre 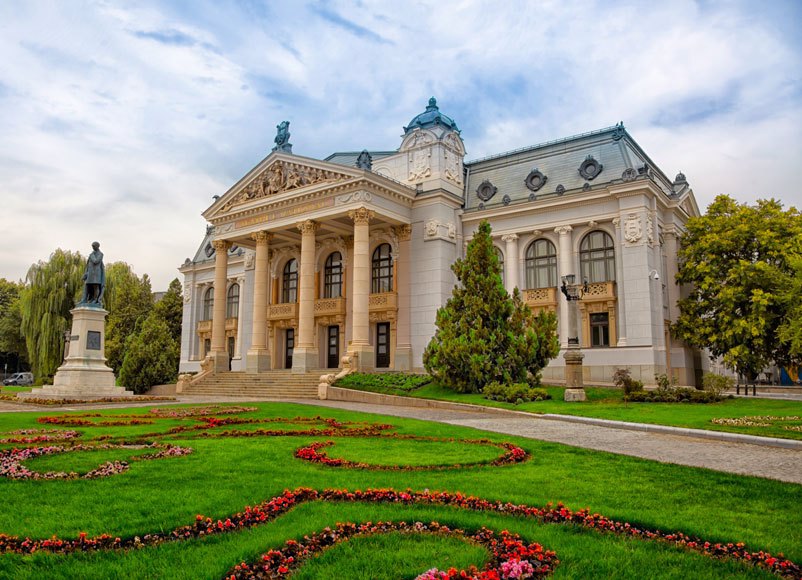 Vasile Alecsandri National Theatre
The fame of Iasi as a cultural centre is evident even in its entertainment sites, such as the spectacular Vasile Alecsandri National Theatre, dedicated to the great Romanian poet, writer and politician and one of the most active promoters of the theatre. The building, built approximately 100 years ago in Neoclassical style according to the project of Viennese architects, has a large auditorium housing 750 people and is furnished with Baroque and Rococo inspired decorations.
The museum celebrates the history of theatre in Iasi and displays costumes worn by well-known actors, original documents, playbills and posters. 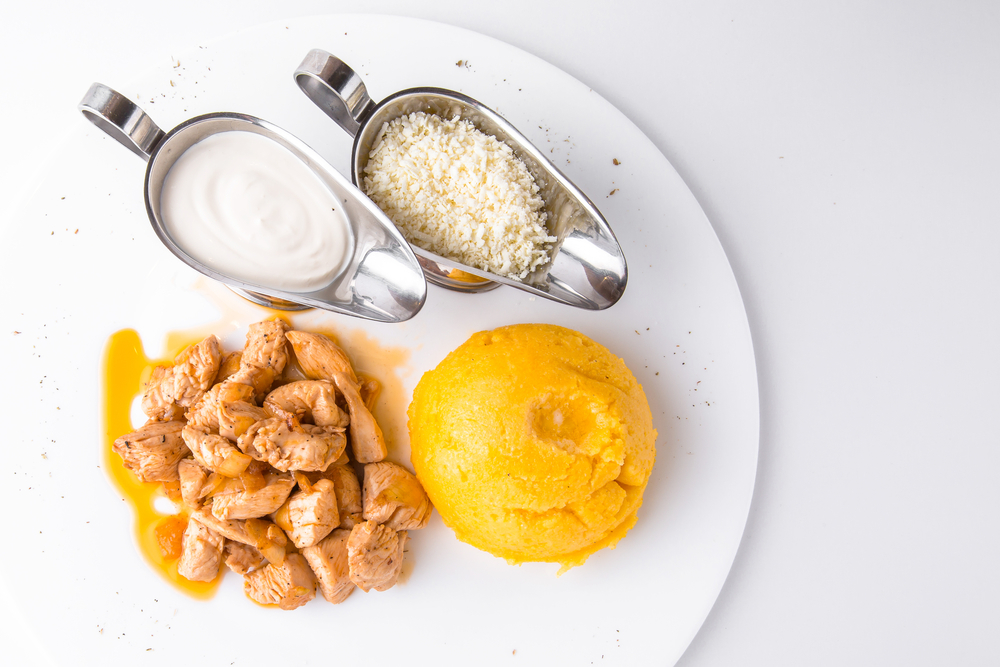 Malinga
Traditional foods
The city’s restaurants are very picturesque and offer traditional dishes of various origins, including simple but tasty oriental-inspired dishes made with an abundant use of spices. Typical dishes include Ciorba, a soup with potatoes and carrots, and pieces of lamb, veal and turkey, Sarmala, minced meat and onions wrapped in vine leaves, Mamaliga, a cornmeal porridge served with sour cream. A local sweet is Cozonac, which is similar to Italian panettone and filled with raisins. The wines, including the internationally renowned Negru de Purcari, together with the plum and apricot liqueurs, are excellent.
Text by Anna Glik
Photos: Sisterscom.com, Shutterstock
Video: www.romania.travel
Copyright © Sisterscom.com
Riproduzione riservata
Tourism Board
www.turism-iasi.ro
www.romania.travel
Where to sleep in Iasi 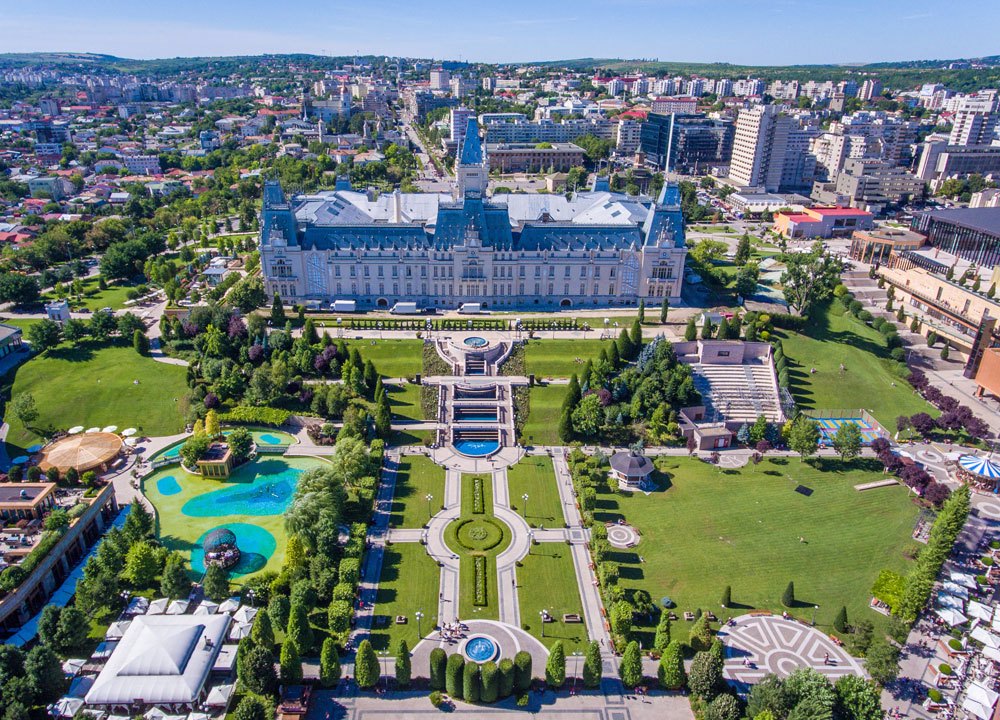 Iasi is a welcoming city and offers different possibilities for accommodation.
To find the ideal hotel and the best offers you can do a search for the stars but also for districts or landmarks.
STARS
Hotels for stars, differentiated by type of services:
DISTRICTS
Hotels in the districts
LANDMARKS
Hotels in tourist areas
AIRPORT
Hotels near the airport
Advertising
WHERE TO GO
Monuments 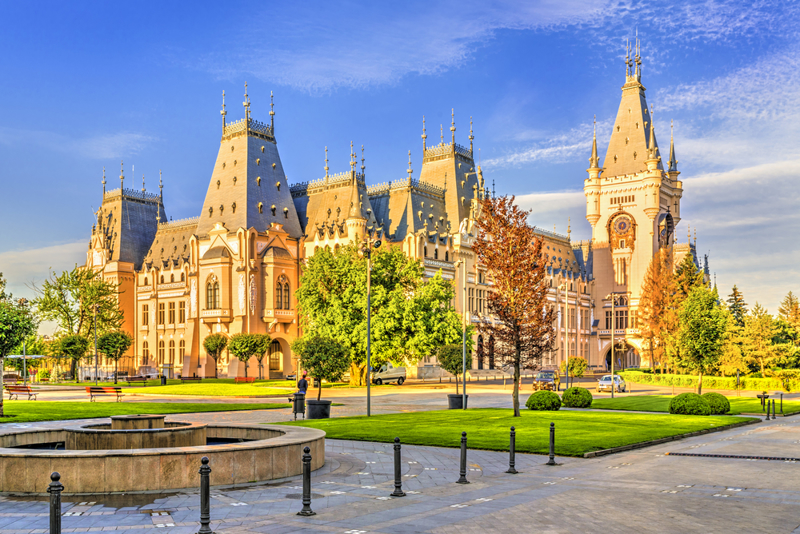 PALACE OF CULTURE
Piata Stefan cel Mare si Sfant 1
This remarkable construction (1906-1925), built in flamboyant Neogothic style, stands partly on the ruins of a Medieval royal court. Today, the 365-room palace houses the Gheorghe Asachi Library and four of the city's museums: the Moldavian History Museum, the Ethnographic Museum, the Museum of Art and the Museum of Science and Technology. 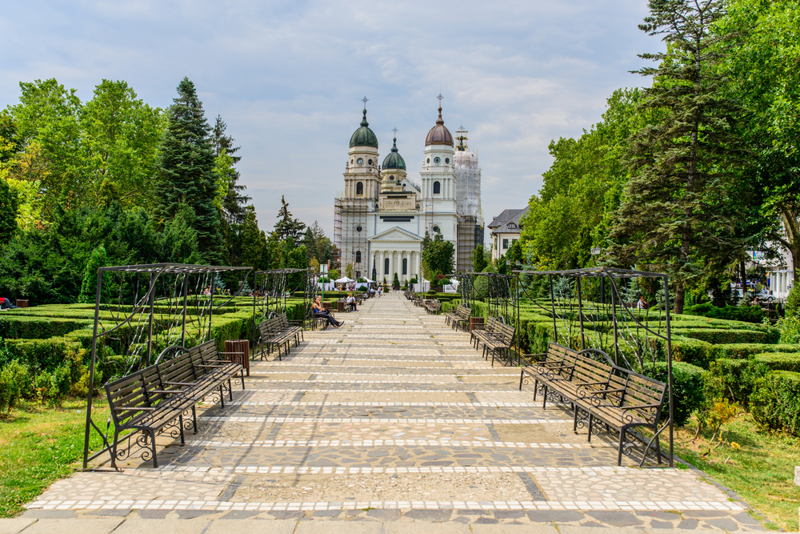 ST. PARASCHIVA
METROPOLITAN CATHEDRAL
Built in Italian Renaissance style, the St. Paraschiva Metropolitan Cathedral is the largest Orthodox church in Romania. Construction began in 1833 and ended in 1839. The vast interior was painted in 1887 by Gheorghe Tattarescu and the stained glass windows were completed by a Bavarian factory in Munich. Nearby stands the 18th century Old Metropolitan Church of St. George. Every October 14, pilgrims from all corners of Romania and neighboring countries flock to Iasi to kneel before the blue and gold bier containing the relics of Saint Paraschiva, the patron saint of the cathedral. 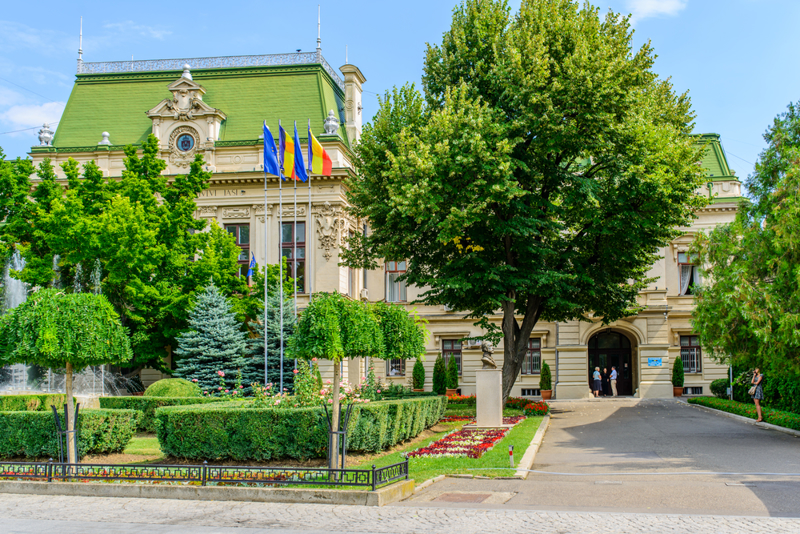 ROZNOVEANU PALACE/ CITY HALL
Blvd. Stefan cel Mare si Sfant 45
This neoclassical Viennese-style palace was built in 1832 to the design of Gustav Frey Wald. Its façade was decorated with marble statues of mythological characters such as Diana and Apollo. The palace burned down in 1844 and was rebuilt by Nicolae Rosetti Rozvaneanu. In 1891, the building became the City Hall but two years later, was transformed into a royal residence. Today, it once again serves as the City Hall.
Museums

MOLDAVIAN ETHNOGRAPHIC MUSEUM
The Moldavian Ethnographic Museum is one of the oldest and largest in the country. Encompassing 16 rooms, the displays cover every aspect of traditional Moldavian life, featuring agricultural and hunting tools, woodwork, traditional pottery, painted eggs and a good collection of textiles and dyed carpets embroidered with bird and plant motifs.
NATURAL HISTORY MUSEUM
Blvd. Independentei 16
The Natural History Museum, opened to the public in 1834, features 50,000 exhibits, illustrating fauna from around the world, and is one of the largest of its kind in Europe. A special section is dedicated to Moldavian geology. Apart from its minerals, the museum also has a collection of prehistoric fossils containing fragments of mammoth, cave bear and rhinoceros.
MUSEUM OF MOLDAVIA
Piata Stefan cel Mare si Sfant 1
palatulculturii.ro
Excursions 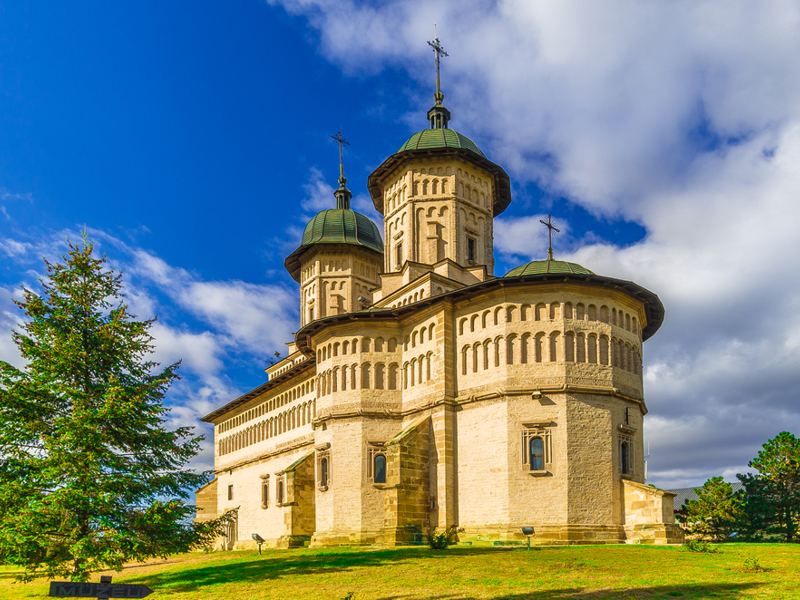 CETATUIA MONASTERY
Str. Cetatuia 1
Located on a vast plateau, accessible from the city by road or a foot climb through the forest, Cetatuia Monastery (cetatuia means "fortress") conceals within its walls an ensemble of white stone buildings with black tops. Construction of the monastery was carried out by Prince Gheorghe Duca between 1669 and 1672. The monastery has preserved a Gothic Hall, a Museum of Medieval Art and its famous wine cellars with wine obtained from its own vineyard. 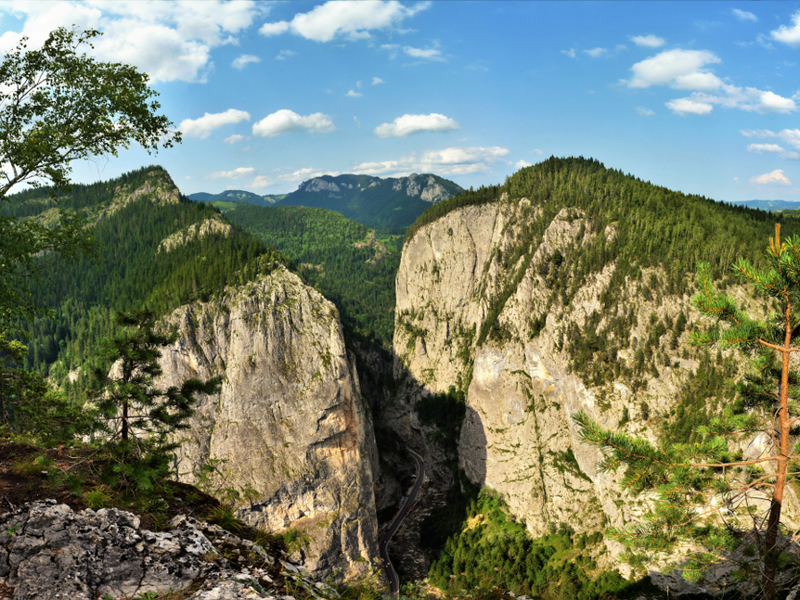 BICAZ & HASMAN NATIONAL PARK
Bicaz and the Hasmas National Park is 3 hours away from Iasi and offers the chance to admire unique landscapes for those who love adventure and nature. Lakes, rapid springs, waterfalls, rocky peaks and exciting landscapes.
Advertising
News & Useful info 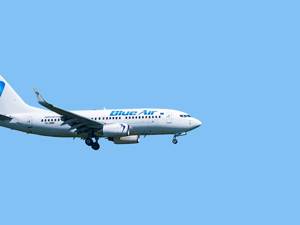 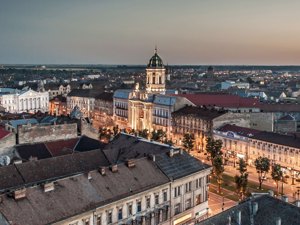 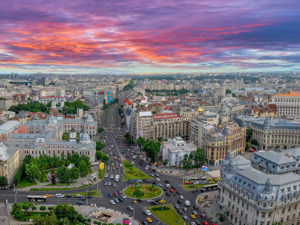 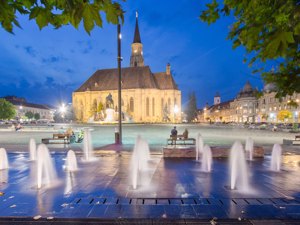 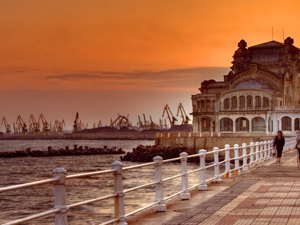 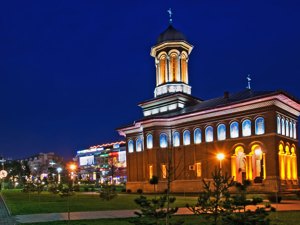 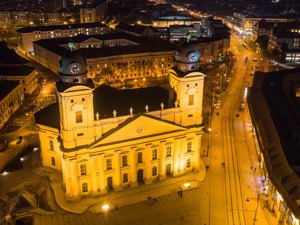 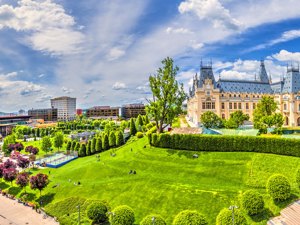 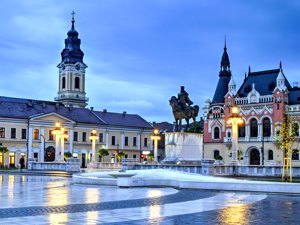 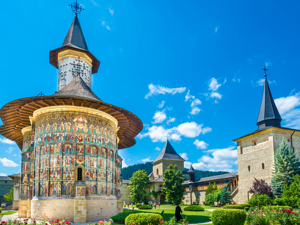 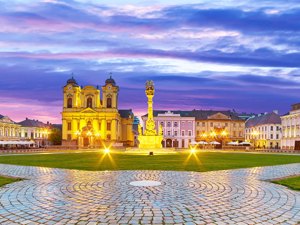 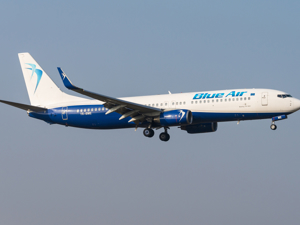 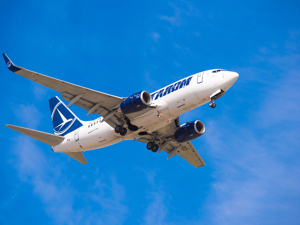