Countach and LM 002: the Lamborghini V12 shows to be milti-purpose

In the year of celebrations for the V12, the story of two models that are diametrically opposed but share the same extraordinary 12-cylinder mechanics
This year, Lamborghini is celebrating its V12, the legendary 12-cylinder engine that for nearly 60 years has equipped the most iconic models of the House of Sant’Agata Bolognese and that, in its final evolution as a “pure” internal combustion engine, will go out of production when the last Aventador Ultimae[1] is produced in late 2022. 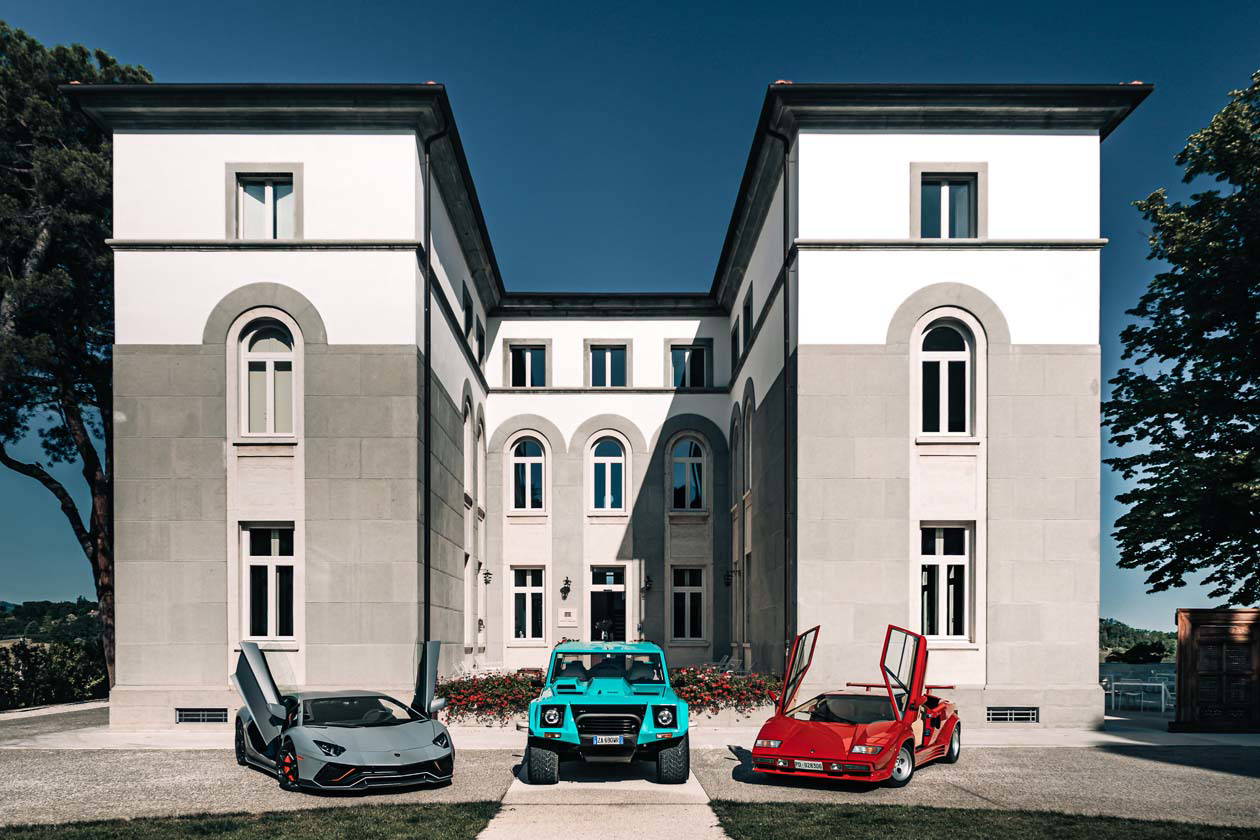 Copyright © Automobili Lamborghini
These models include the Countach, one of the most iconic cars in automotive history, unveiled in 1971 and produced from 1973 to 1990 in 1999 + 1 units, and the LM 002, which went down in history as the first mass-produced ultra-high-performance off-road vehicle, with 300 units produced between 1986 and 1993, that took the performance and driving pleasure of grand tourers off-road. 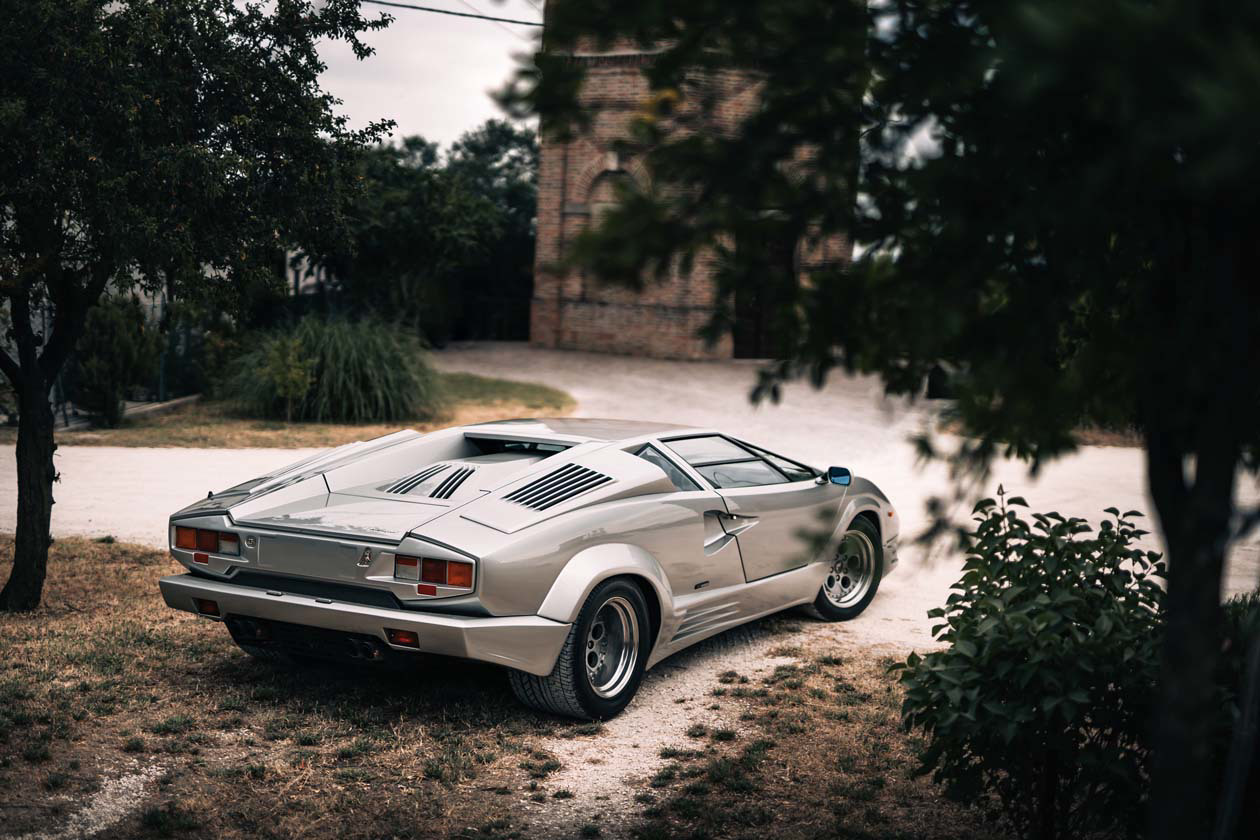 Copyright © Automobili Lamborghini
Countach, an automotive legend that ended up on posters worldwide
Even before its official unveiling at the Geneva Motor Show in March 1971, the LP 500 had astonished the world with its extreme, futuristic appearance. In fact, the exclamation in Piedmontese dialect “Countach”, used to underscore the extraordinary nature of what had just been witnessed, was added to the car’s name just a few days before its official presentation, after a Carrozzeria Bertone technician had seen it under production and couldn’t contain his surprise. Introduced as an “idea car” to see whether the public would be interested in such an advanced and extreme car, it was equipped with the 60° #v12 engine that had already performed so well on previous transverse rear mid-engine Lamborghinis. 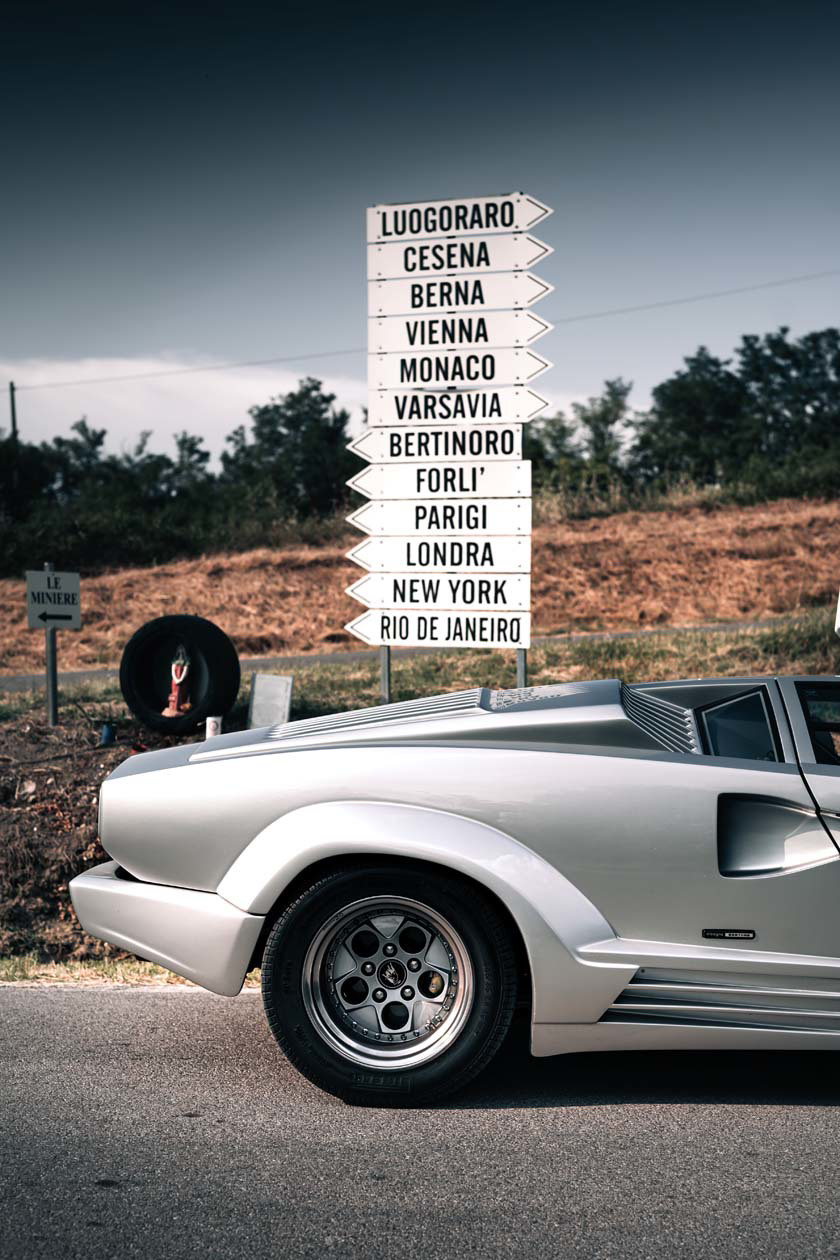 Copyright © Automobili Lamborghini
This time, however, the engine was mounted in the rear-longitudinal position, a new technical solution at Lamborghini, and the displacement was increased from the traditional 4 liters to about 5 (4971 cc) for 440 hp. LP 500 was so successful that, even before the end of the Geneva show, Ferruccio Lamborghini had decided to put it into production. The LP 500 remained a one-off, modified several times during the grueling road tests conducted by test driver Bob Wallace over the next three years, and was then destroyed in the crash tests required for homologation on March 21, 1974. 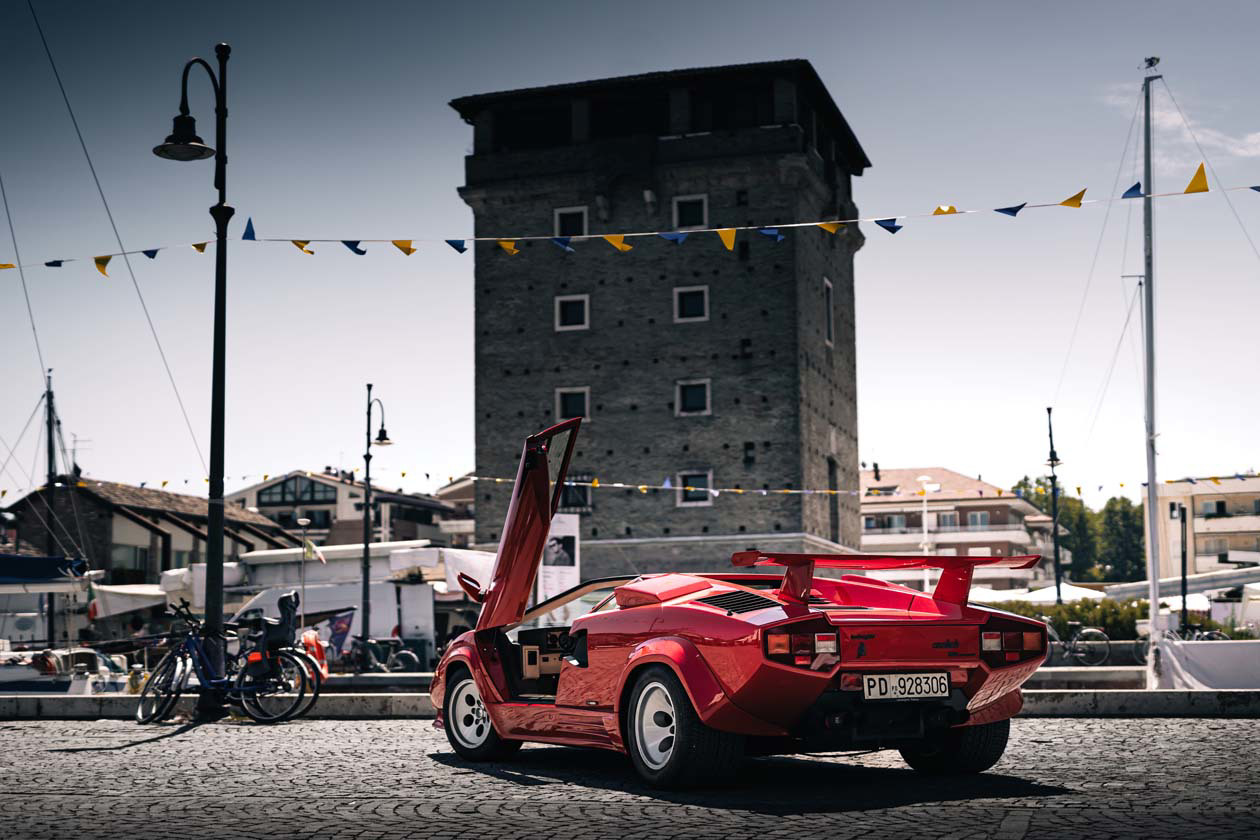 Copyright © Automobili Lamborghini
The first production Countach
From the indications provided by the LP 500, the LP 400 delivering 375 hp at 8000 rpm was born, going into production in late 1973 equipped with the traditional 4-liter engine. Due to the notch in the roof used to improve visibility through the interior rearview mirror, it is now known by the nickname “Periscope”. In 1978, after 152 units had been produced, the Countach LP 400 was transformed into the LP 400 S, acquiring the more elaborate shape that characterized it for the next twelve years. The “S”, in fact, was modified at the level of frame and chassis to make the technical novelty of the period, the super low-profile Pirelli P7 tires, work better, but also at the aesthetic level. To accommodate the new enlarged brakes and wider tires, it became necessary to adopt wheel arche extenders, while the increased performance dictated the use of a more aerodynamic front spoiler. Certain enthusiasts would then also add a rear wing to complete the aerodynamic package. 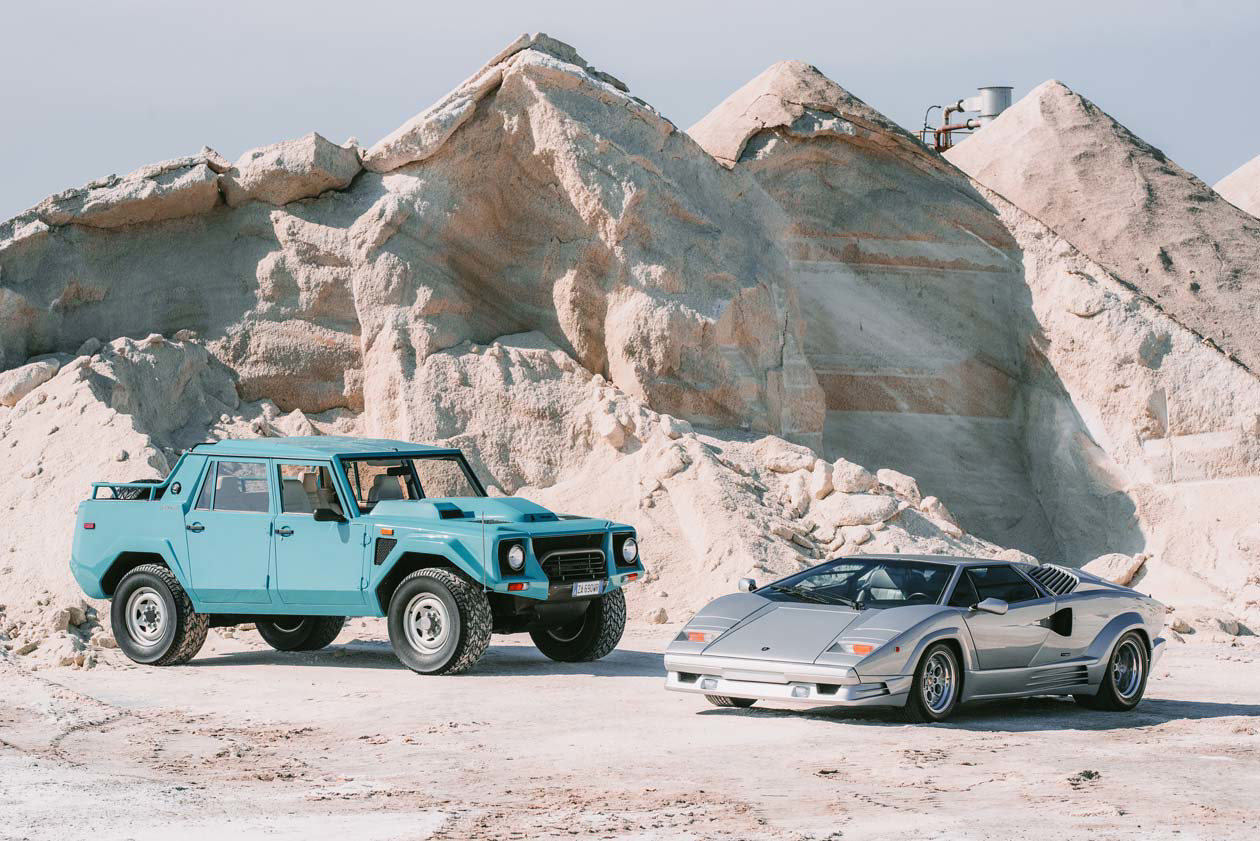 Copyright © Automobili Lamborghini
The Cannonball Run
It was precisely a 1979 LP 400 S model that made its debut on the big screen in 1981 as a leading character in the movie The Cannonball Run. From that moment on, the Countach appeared in the bedrooms of teenagers around the world, hanging on the walls as the favorite poster of an entire generation.
The Countaches with 5-liter engines
In 1982, after 235 units had been produced, the 400 S was replaced by the LP 5000 S, still equipped with the legendary V12 but now increased to a capacity of 4.8 liters (4754 cc) for 375 hp at 7000 rpm. After 323 units were produced through 1984, it was replaced by the Quattrovalvole, considered by many to be the best combination of aesthetics, performance, reliability and comfort. The V12, in addition to the adoption of the four valves per cylinder, was modified to increase the displacement to 5.1 liters (5167 cc) for a maximum power output of 455 hp at 7000 rpm. 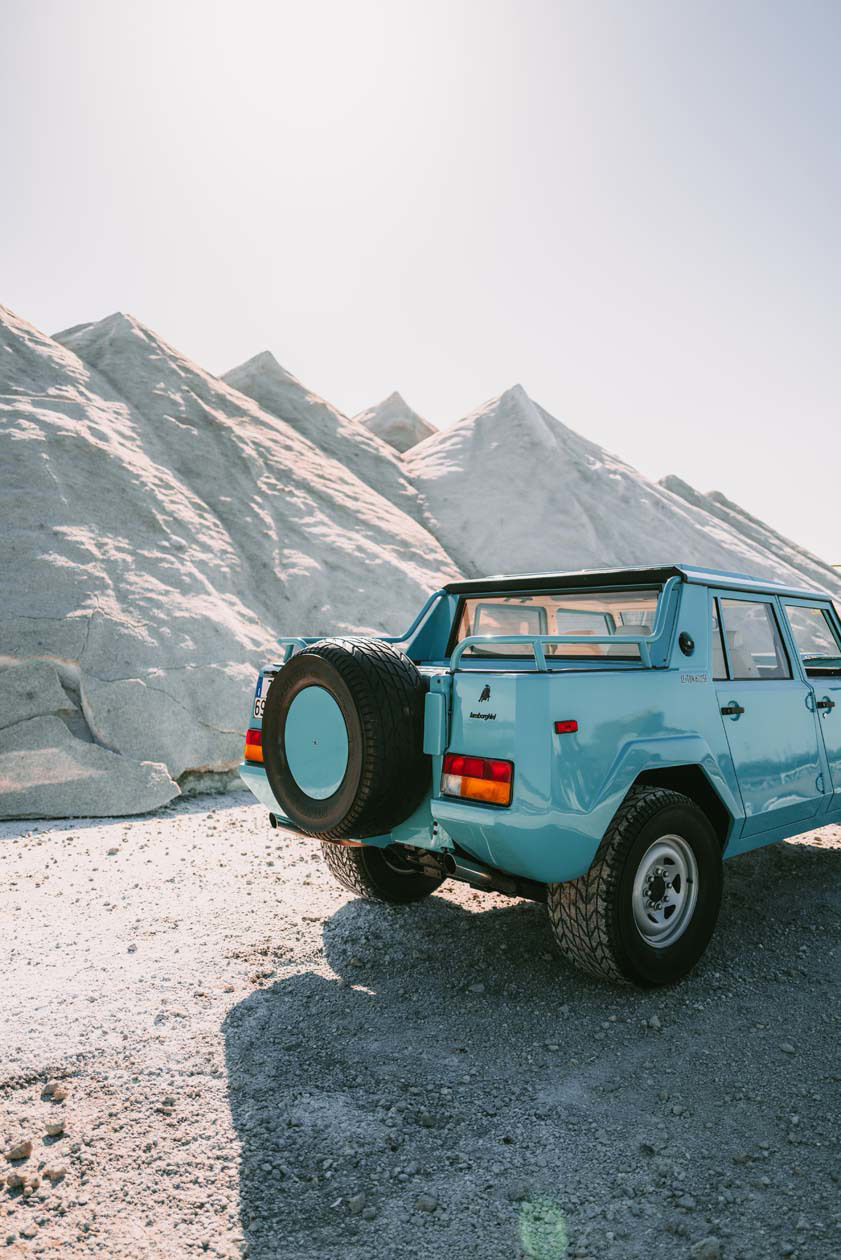 Copyright © Automobili Lamborghini
The Quattrovalvole version was the first to be officially homologated for and imported to the United States, where, however, its carburetors were replaced by electronic fuel injection. The opening of this market allowed new sales volumes, and the Quattrovalvole was produced in 631 units up to 1988, when it was replaced by the Countach 25 Anniversario, so named to celebrate the 25 years since the founding of Automobili Lamborghini. The 25 Anniversario adopted improved aerodynamics, some body panels made of composite material, and a more luxurious interior, while retaining the mechanics of the Quattrovalvole. Incredibly, demonstrating the excellence of the Countach design, still innovative after 17 years of production, the 25 Anniversario was the series with the highest production numbers at 658 units. The last Countach, Grigio Metallizzato (metallic gray) with gray interior, rolled off the assembly line on July 4, 1990, and went straight to the MUDETC, the company museum in Sant’Agata Bolognese.
The magic of the 1999+1
If you’re still wondering why 1999 + 1 units were produced, the reason is simple. The first LP 500, physically made by Bertone, did not have a #Lamborghini chassis number but a Bertone one. Officially, therefore, the first Countach is the LP 400 chassis number 1120001 produced in 1973, initially red and then repainted green, with several aesthetic differences from the cars that would follow. 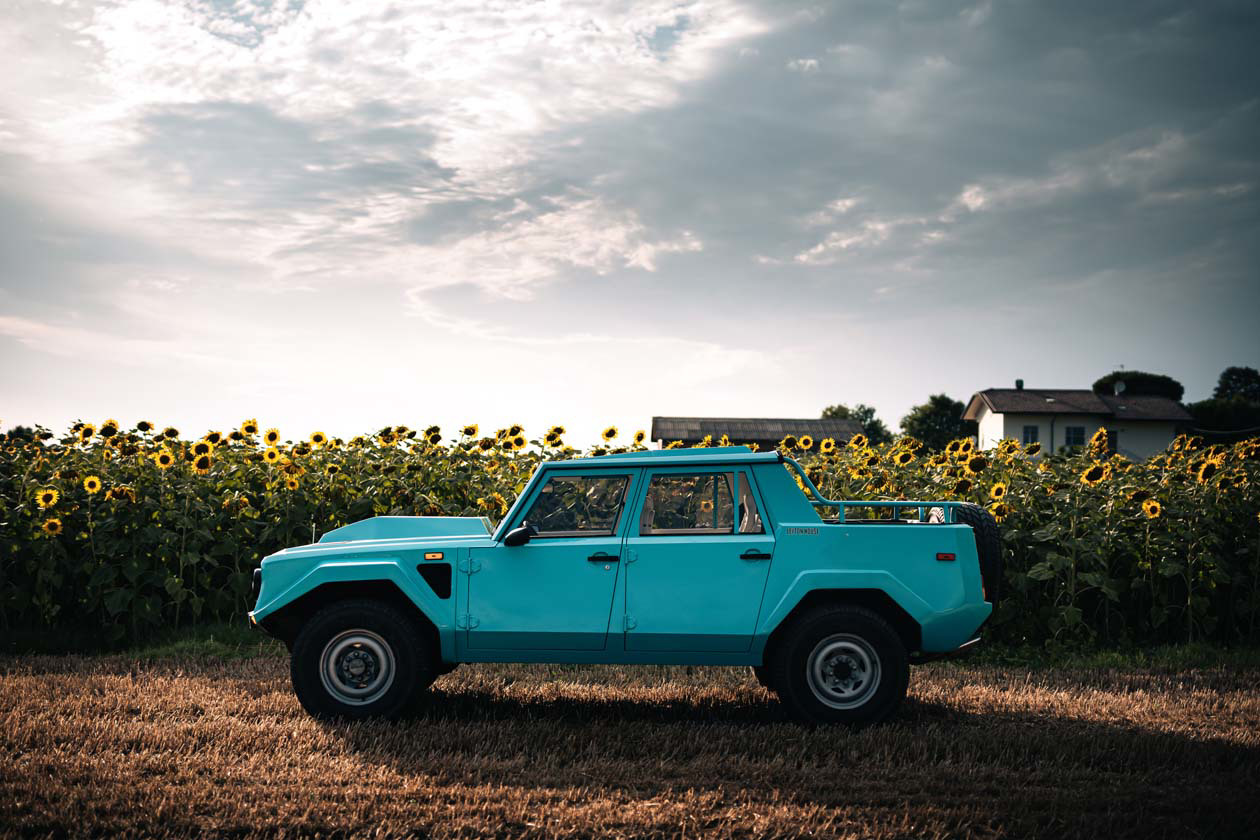 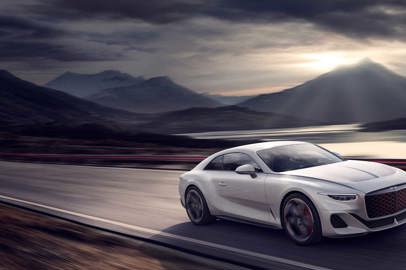 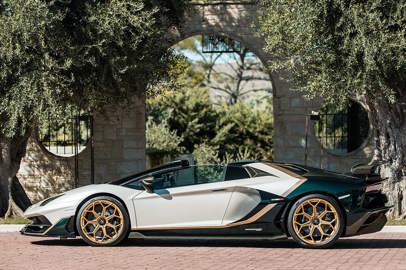 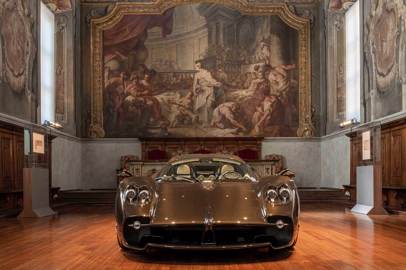