The airport
How to get there
Near by
Moscow Domodedovo Airport is the largest air Hub in Russia that dominates among the biggest airports in Europe. It became the first Russian airport to join the category of the largest Hubs in Europe with annual passenger traffic exceeding 30 million people.
The airport is proactive in implementing a number of major projects, such as building the second segment of the passenger terminal, which will increase the capacity of the airport complex. Another large-scale project is reconstruction of the runway (Runway 2).
It is the base airport in Moscow for member airlines of two largest global airline alliances, Star Alliance and Oneworld.
Moscow Domodedovo Airport is Russia's only airport regularly handling flights operated by Airbus A380 and Airbus A350-900.
INFORMATION
Management company: Moscow Domodedovo Airport
Address: JSC Domodedovo Passenger Terminal - 142015 - Moscow Region - Domodedovo Distric (Russia)
Telephone no.: +7 495 933-66-66
Website: www.domodedovo.ru
TECHNICAL DATA
IATA Code: DME
ICAO Code: UUDD
Country code: RU
Flights 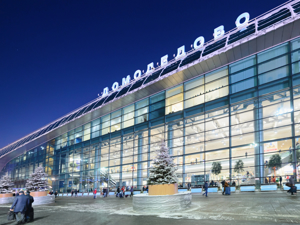 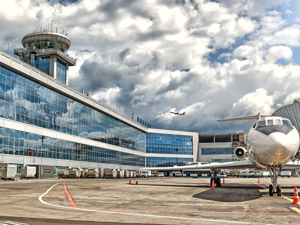 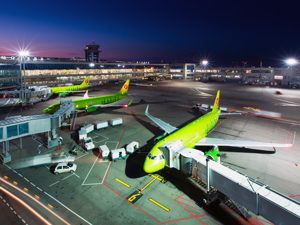 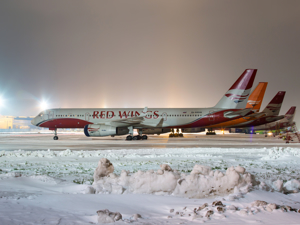