LDE Airport
Lourdes
LDE Airport
Lourdes
The airport
How to get there
Near by
Tarbes-Lourdes Pyrénées Airport, is located in the center of the South-west Region and serves the city of Tarbes and Lourdes (located 10 km from each other).
The airport allows you to combine all the tourist sites of the Hautes-Pyrenees, including the Pic du Midi and the Cirque de Gavarnie, the ski resorts, the Marian city of Lourdes but also the Atlantic Ocean and the cities in the south-west of Spain.
Tarbes-Lourdes Pyrénées Airport is the 3rd largest airport in the Midi-Pyrénées region for passenger traffic (after the airports of Toulouse Blagnac and Montpellier Méditerranée) and is characterized by a predominantly charter traffic activity due to its proximity to the city of Lourdes, but also by direct scheduled flights operated by traditional and low-cost airlines.
The destinations in Europe and world-wide are served each year by different airlines, including Albastar, the top European carrier for connections to Lourdes.
The airport has a 3,000 meter runway that allows it to accommodate all types of aircraft such as the A380 and the Beluga for training flights.
In 2011, the development of private and business General Aviation operations, allowed the construction of a Business Terminal for private flights.

Transportation to/from the airport
Bus
Bus lines active all year
The bus line n.2 "Maligne des gaves" serves the railway stations of Tarbes and Lourdes. The stop is at the "Arrivals" level of the airport. No bus connection on Sundays and public holidays.
Seasonal Shuttle Bus
Car
The Tarbes-Lourdes Pyrénées Airport is located 15 minutes from the town of Lourdes (road N21) and 20 minutes from the city of Tarbes (road N21).
Taxi
Taxi companies authorized by the airport are: Taxi Juillan, Taxi Tarbes and Taxi Lourdes.
Car hire
The rental companies in the airport (arrivals hall) are: Avis, Enterprise, Europcar and Hertz.
Text by Alisè Vitri
Photos for editorial use only: Sisterscom.com, Shutterstock
Copyright © Sisterscom.com
Update: November 2019
Hotels 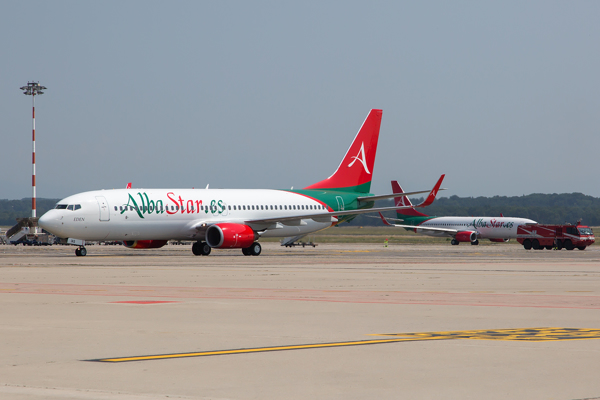