GMT Earth: a watch in titanium by Greubel Forsey

A new titanium case, adorned with an even more elegant intense black finish: limited edition of 11 pieces
The Atelier unveils the third terrestrial interpretation of its GMT Earth, a unique and now even more modern creation. The Earth turns and Greubel Forsey keeps moving. The Earth is a global village that man cannot explore in a single glance: the vastness of its spaces and curved geometry present us with an never-ending horizon. At least, until now. With the GMT Earth, Greubel Forsey has created a watch that, for the first time, makes it possible to appreciate the entirety of the world in a single glance. 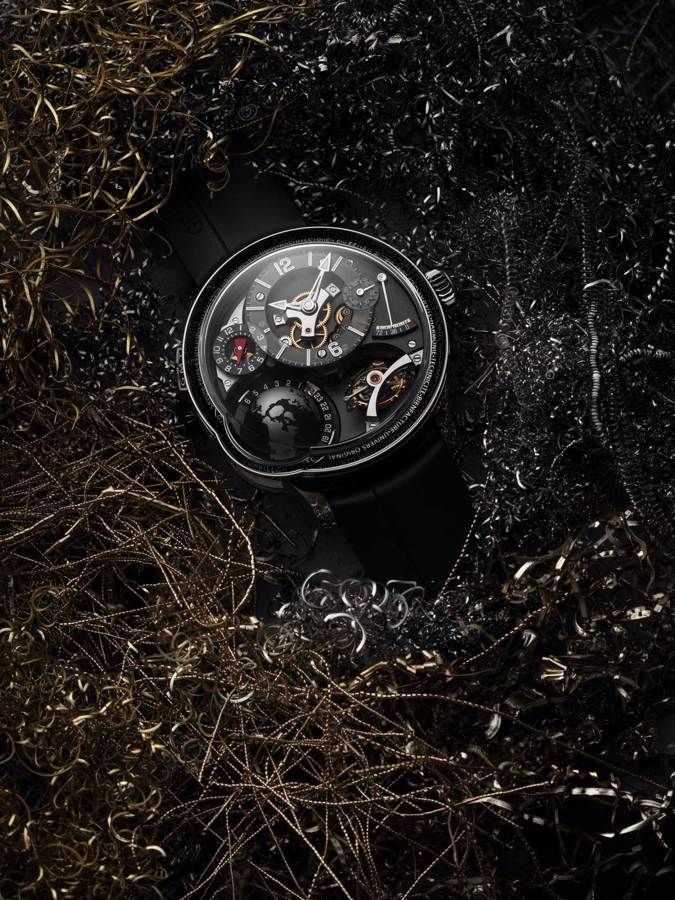 GMT Earth, in titanium by Greubel Forsey. Photo: Copyright © Greubel Forsey.
This technical feat first appeared in 2011. At the time of the first "GMT", the Earth was not yet fully revealed. Seven years later, the design of the Earth was finally complete: visible from all angles in its new sapphire alcove, it appears as though it is floating in space. On the front as well as the back, the laser-engraved Earth shows world times that are both quick and easy to read. 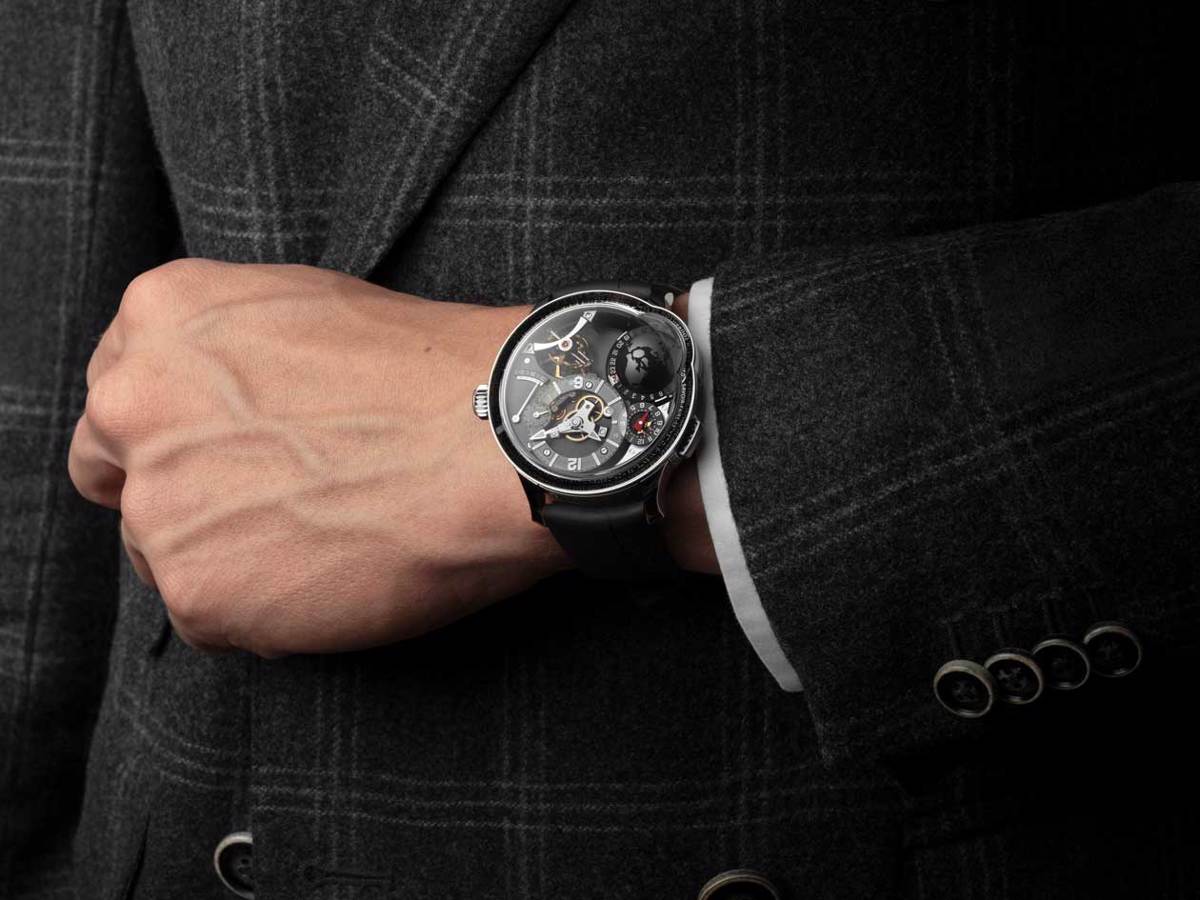 GMT Earth, in titanium by Greubel Forsey. Photo: Copyright © Greubel Forsey.
A third version in titanium of GMT Earth
The first version of the GMT Earth was in white gold. The second, in platinum. Today, this timepiece is available with a new titanium case. Almost twice as light as steel, it is impervious to temperature variations, non-magnetic, hypo-allergenic and eight times stronger than gold or platinum, but requires extremely technical know-how and equipment to be manufactured and finished.
The GMT Earth in titanium will be available in a limited edition of 11 pieces, three times less than the original version. Weighing just 117 g, the weight of the strap has been reduced by two-thirds. The case has lost just over a third of its weight. Titanium is used not only for the entire case, but also the bridges, the GMT push-piece, the crown and the folding buckle, the latter two being the components most exposed to shocks and scratches. 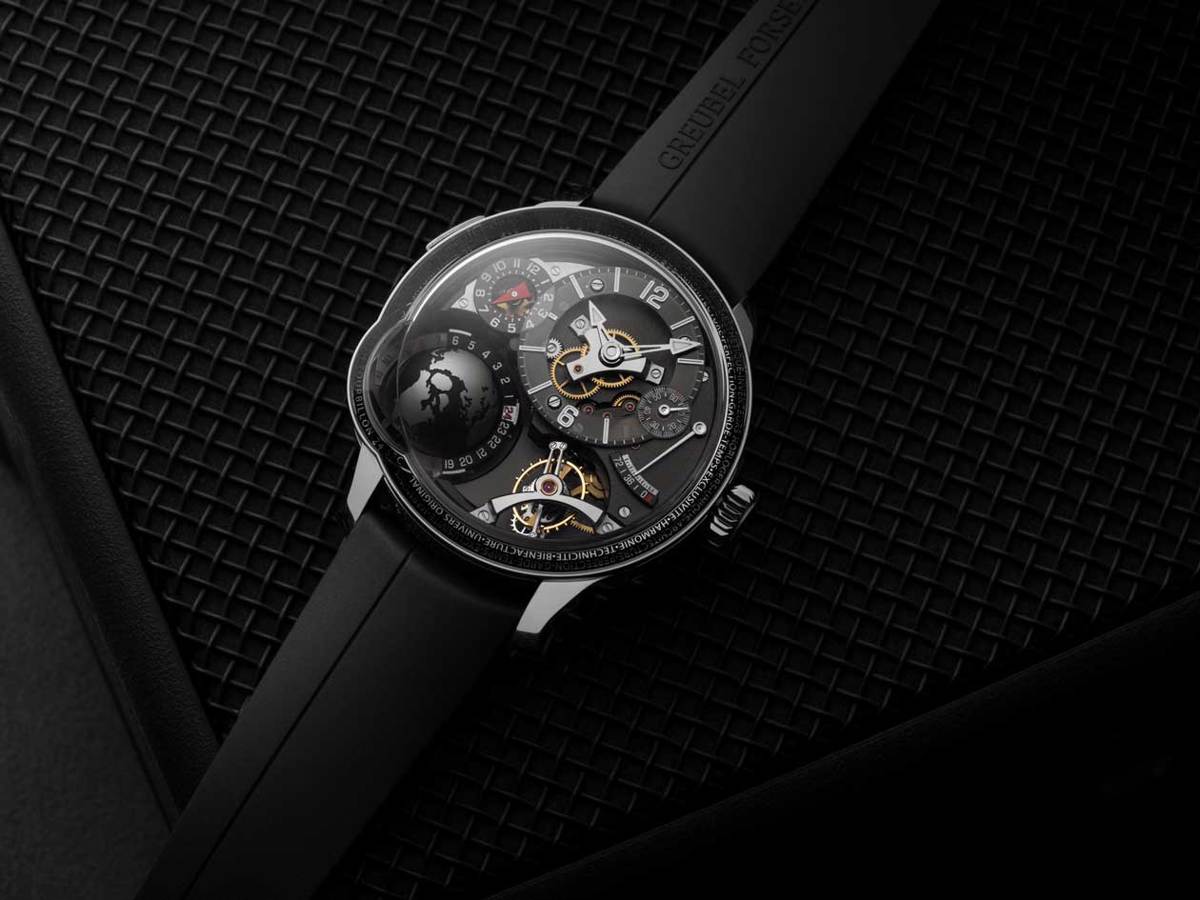 GMT Earth, in titanium by Greubel Forsey. Photo: Copyright © Greubel Forsey.
To accompany the light and matt tones of titanium, Greubel Forsey opted for a black finish on the dial. It is applied to the spotted bottom plate and to all the frosted bridges, with straight flanks, polished bevelling and countersinks. This finish is also featured on an all-black natural rubber strap, whose inner face is engraved with the cardinal values of the Greubel Forsey Atelier and which are visible on the bezel.
Edited by Lisa Maria River
Avion Luxury Magazine
Text source and photos: Ufficio Stampa Greubel Forsey
Photos: Copyright © Greubel Forsey
All rights reserved. Reproduction prohibited.
Private jet flights 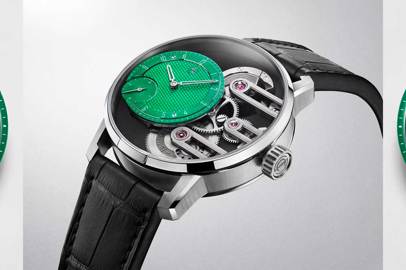 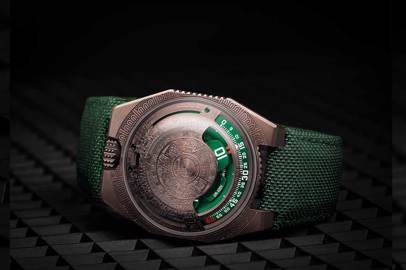 The timepiece UR-100V Time and Culture line by Urwerk
A journey through space-time with the UR -100V that takes us to the lands of Central America, around the year 1479, to the Aztec calendar
Lifestyle 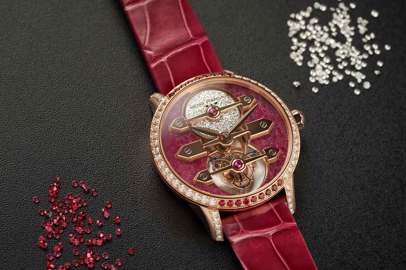