Iris van Herpen presents the short film entitled ‘Transmotion’ in collaboration with Carice van Houten, as part of the digital Paris Haute Couture week on July 6th, 2020
For many, the year 2020 will go down in history books to mark a poignant chapter in their lives. Amidst tension and turmoil, silence has been brewing; clearing the ground for a seed to be planted, an opportunity to incite new growth. In the right conditions, positive change can emerge to welcome first breath. 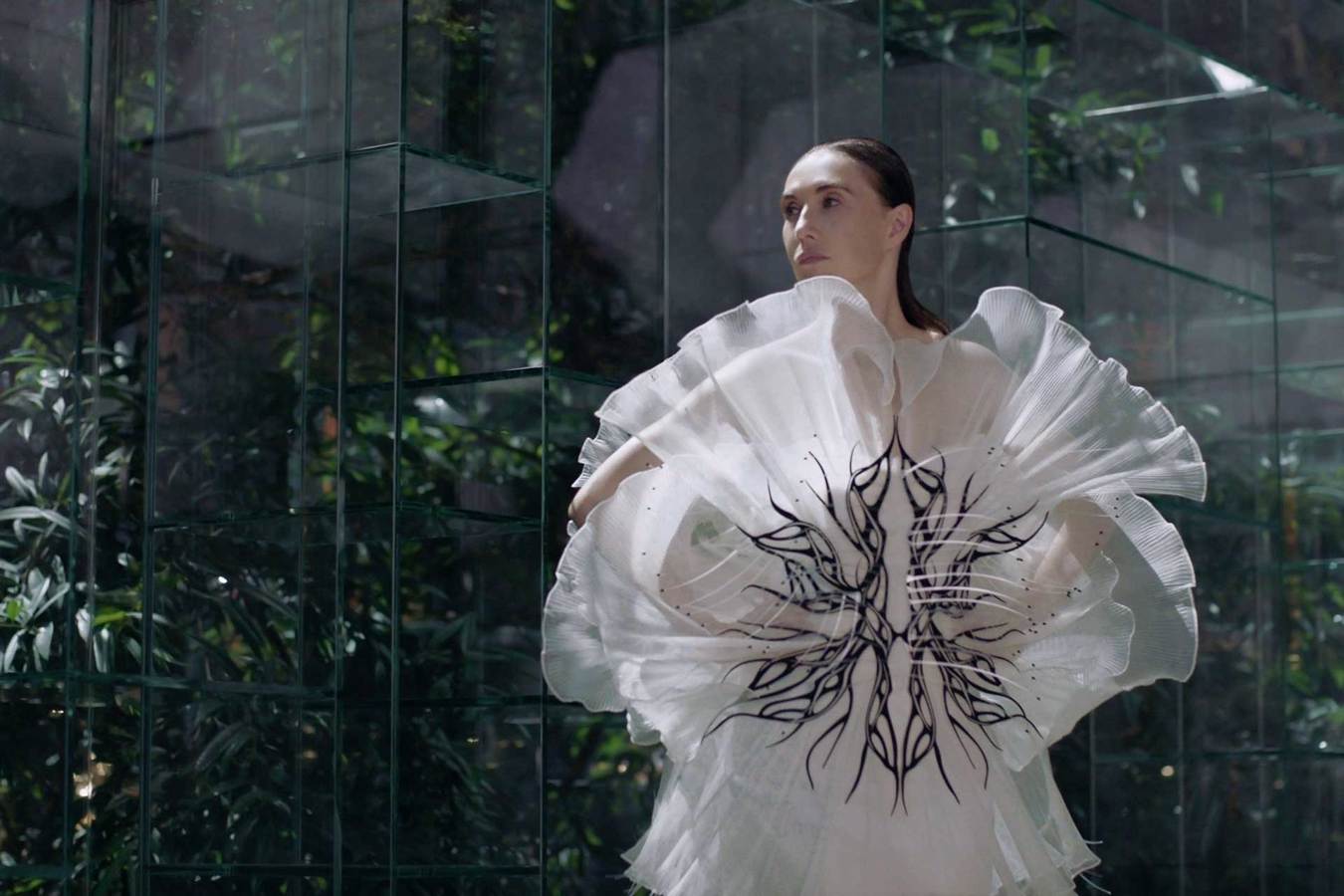 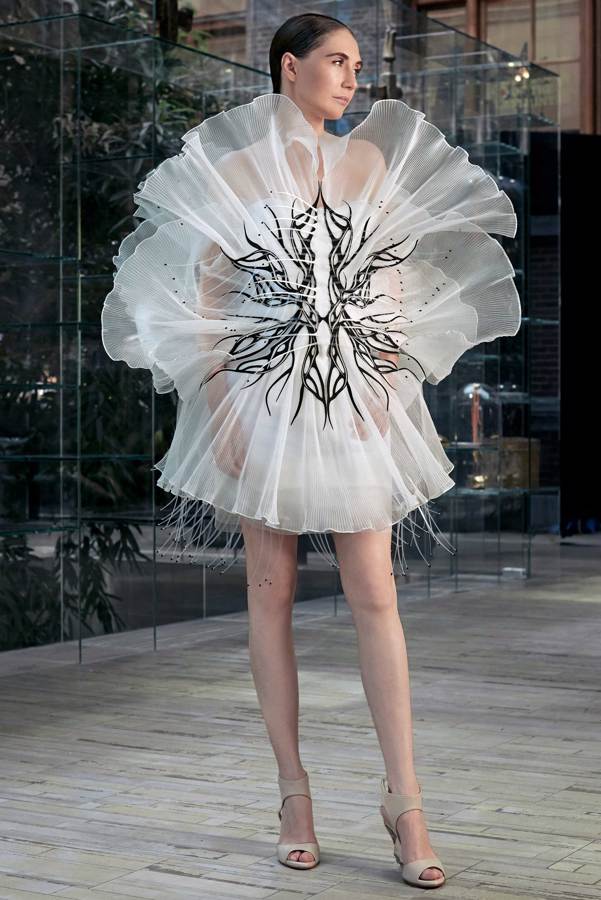 Iris van Herpen, Transmotion, Carice van Houten by Valentine Bouquet. Paris Haute Couture Week 2020.
The term transmotion not only depicts the process of change from one state, form, style or place to another, it is also the visionary perceptions of the seasons and the visual scenes of motion in art and literature. In parallel to Iris van Herpen’s drive to visualise the invisible, her quest to question reality and urge to explore the realms of impossibility, the project aims to narrate the process that ushers change, to materialise an unconscious state of meditation. 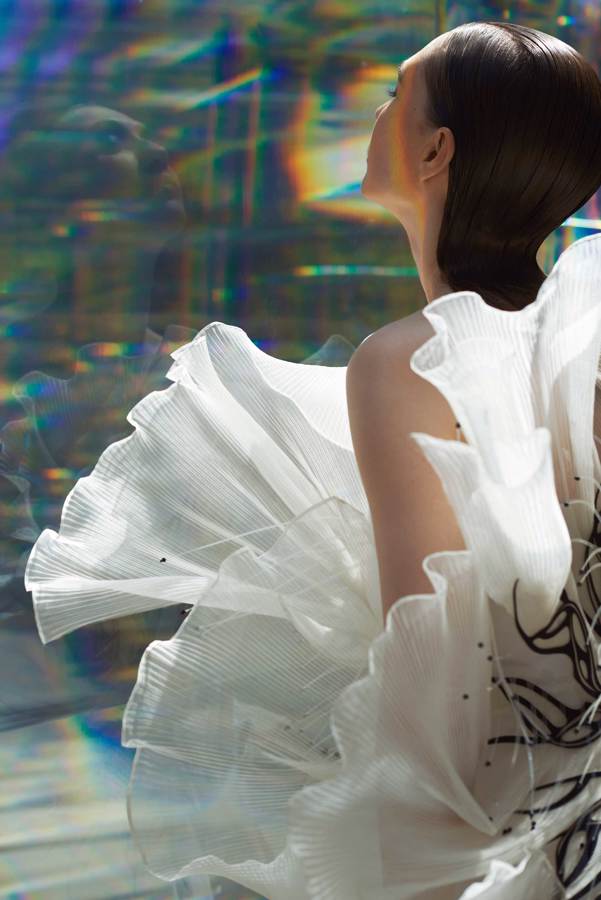 Iris van Herpen, Transmotion, Carice van Houten by Valentine Bouquet. Paris Haute Couture Week 2020.
The ‘Transmotion’ dress radiates in a diaphanous bloom of white silk organza, translucent layers pleated within the confines of an undulating form, tracing the fluid outline of the creation. Contrasted against the frailty of sheer petals, black branches of duchess satin were laser-cut, hand-stitched and form the central roots of the garment. 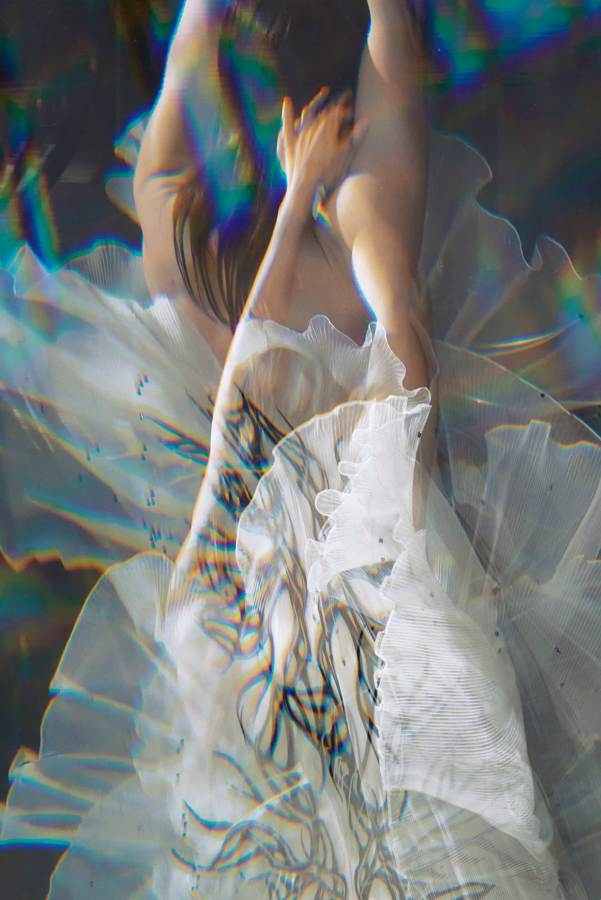 Iris van Herpen, Transmotion, Carice van Houten by Valentine Bouquet. Paris Haute Couture Week 2020.
Threads of inspiration for the graphic yet organic extensions derive from the intricate art of Ruth Asawa. This geometric lattice recalls humankind’s inclination to tame nature. Beneath the surface, the branching also reveals the synonymity of mycorrhizal networks (the Wood Wide Web) and the symbiotic nature within human communities. Like fronds frozen in time, crystalline filaments sprout from the heart of the dress. Portraying delicate new life, black seed-like crystals punctuate the tip of each stamen-like strand. 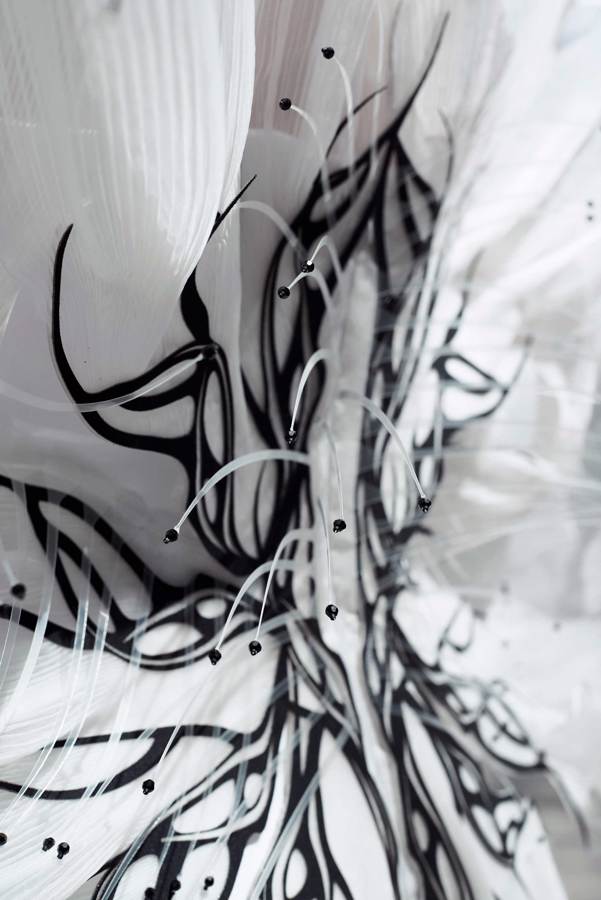 Iris van Herpen, Transmotion, Carice van Houten by Valentine Bouquet. Paris Haute Couture Week 2020.
The concept of the creation stems from the notion of growth and regeneration. The seemingly simple seed is the embodiment of life and the potential that comes with it. A seed embedded upside down in dirt still sees the seedling growing the right way up. The dress follows symmetry in both its axis and without context, indiscernible which way is up or down. Motion and fluidity involved in the formation of tessellations highlight the capacity to shift between negatives and positives. Amidst an era when polarising ideologies are heightened, the work reflects upon the nature of perception.
Optics is the study of sight and the behaviour of light, or the properties of transmission, deflection and radiation. Optics is also defined as the way an event or course of action is perceived by the public. Refracted light illuminates the film, igniting a movement for growth.
Resembling iridescent flames, pulsating lights and dappled shadows caress Carice van Houten. The facets of perception oscillate between blur and clarity. 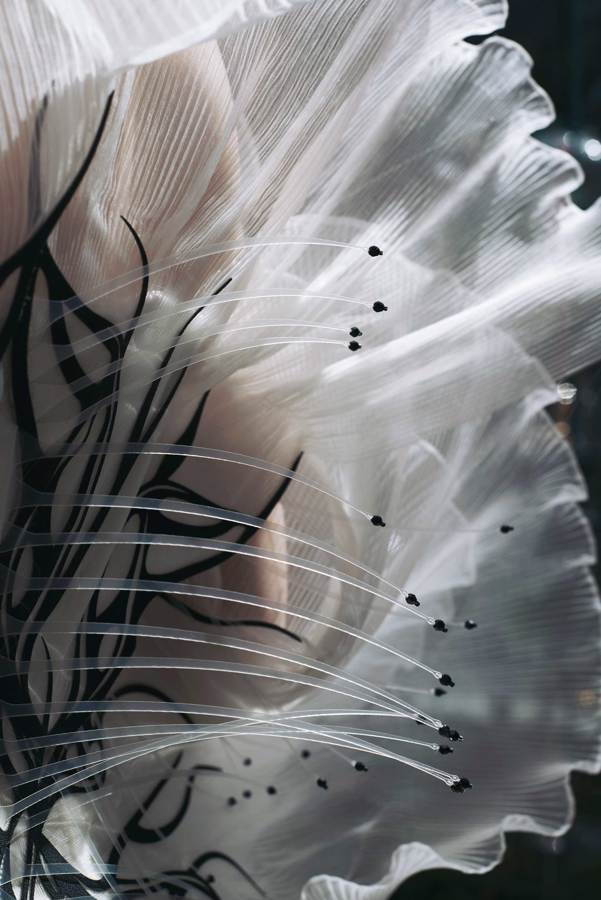 Iris van Herpen, Transmotion, Carice van Houten by Valentine Bouquet. Paris Haute Couture Week 2020.
Intertwining craftsmanship and innovation, the project is rooted in dichotomy and duality. In line with Iris van Herpen’s continuous pursuit to traverse the organic and the synthetic, the film explores the relationship between structure and fluidity. Within nature and societal terms, exist a paradox in how chaos can forge harmony, how destruction can enable regeneration. The process of metamorphosis at its peak is muddled and turbulent. 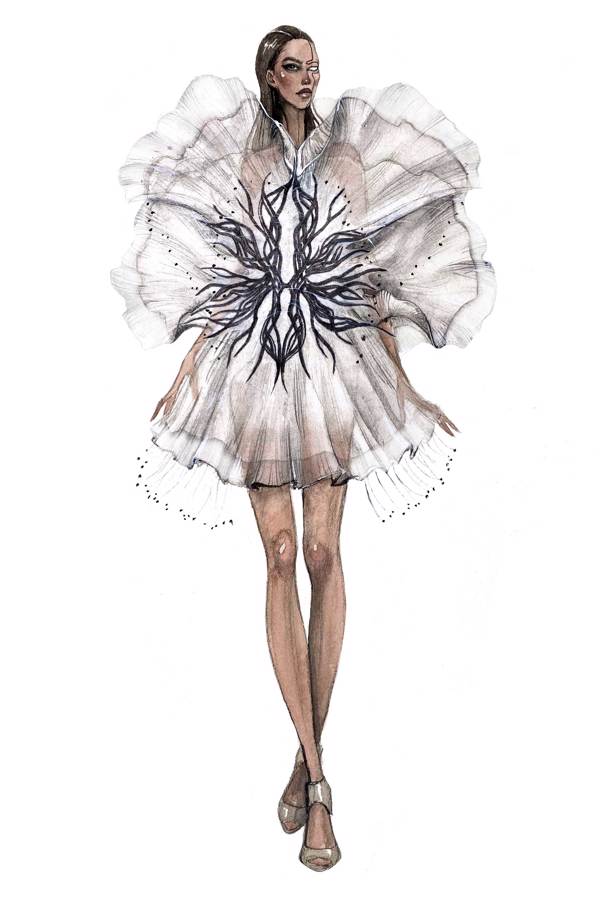 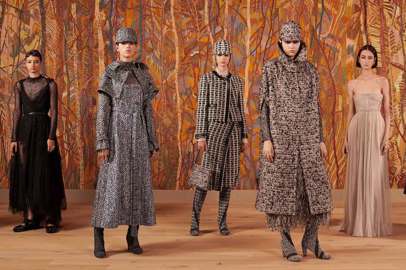 The Haute Couture to wear on special days
Special days are characterized by unique sensations and emotions and what you choose to wear is always the mirror of the soul that dialogues in harmony with the outside world through lively emotions, dreams, desires and a pinch of mystery
Lifestyle 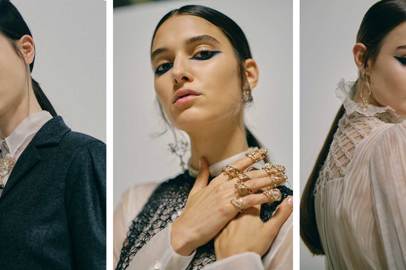 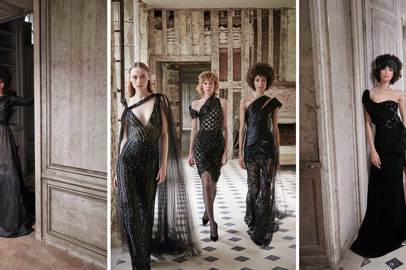