Today’s flight was the 22nd test flight of VSS Unity and the first test flight with a full crew in the cabin, including the Company’s founder, Sir Richard Branson
“I have dreamt about this moment since I was a child, but nothing could have prepared me for the view of Earth from space. We are at the vanguard of a new space age. As Virgin’s founder, I was honoured to test the incredible customer experience as part of this remarkable crew of mission specialists and now astronauts. I can’t wait to share this experience with aspiring astronauts around the world.”
Sir Richard Branson 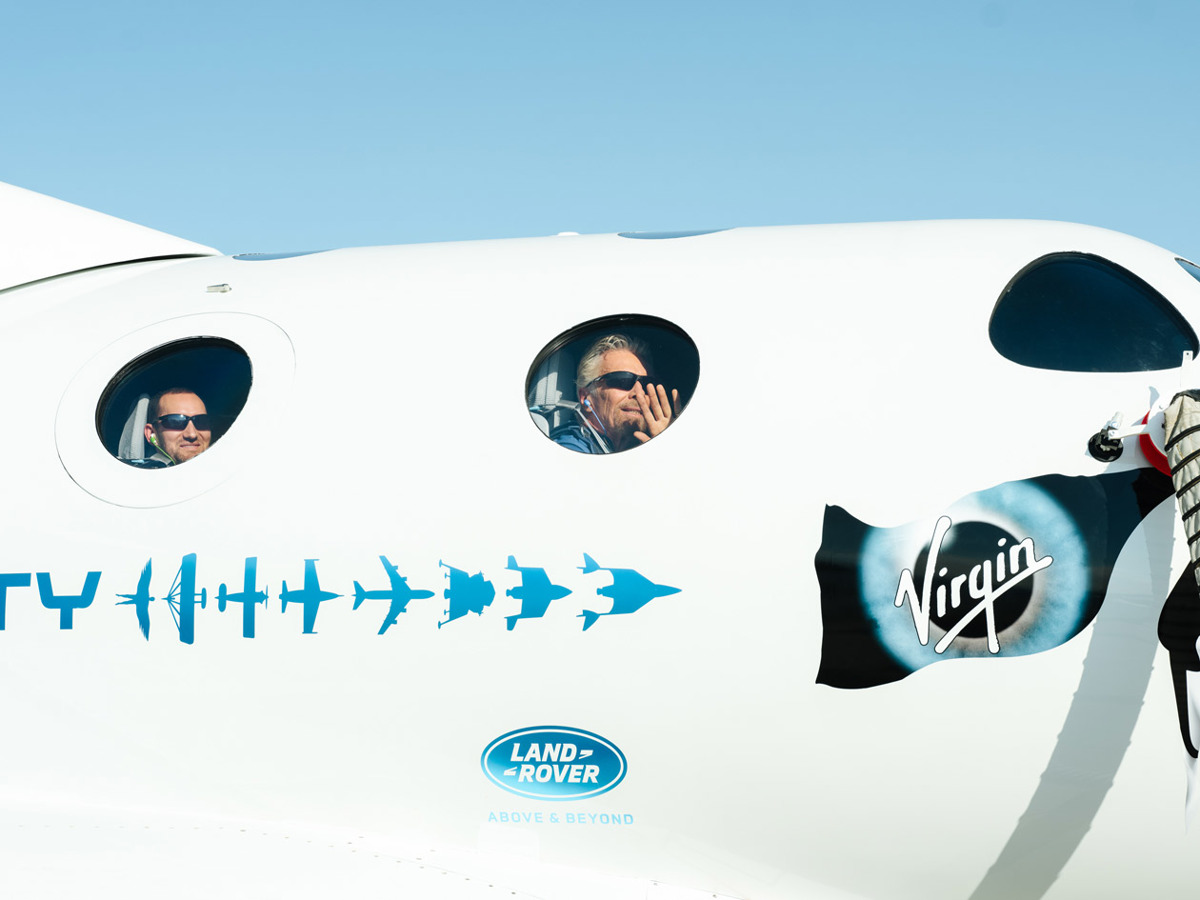 Unity22 crew on their way to space. Da sinistra a destra: Colin Bennett, Lead Operations Engineer, Sir Richard Branson, Founder Virgin Galactic. Photo: Copyright © Virgin Galactic.
Virgin Galactic today announced that VSS Unity successfully reached space, completing the Company’s fourth rocket-powered spaceflight. The crew fulfilled a number of test objectives related to the cabin and customer experience, including evaluating the commercial customer cabin, the views of Earth from space, the conditions for conducting research and the effectiveness of the five-day pre-flight training program at Spaceport America.
Virgin Galactic's First Fully Crewed Spaceflight. Video: Copyright © Virgin Galactic.
Michael Colglazier, Chief Executive Officer of Virgin Galactic, said: “Today is a landmark achievement for the Company and a historic moment for the new commercial space industry. With each successful mission we are paving the way for the next generation of astronauts. I want to thank our talented team, including our pilots and crew, whose dedication and commitment made today possible. They are helping open the door for greater access to space – so it can be for the many and not just for the few.” 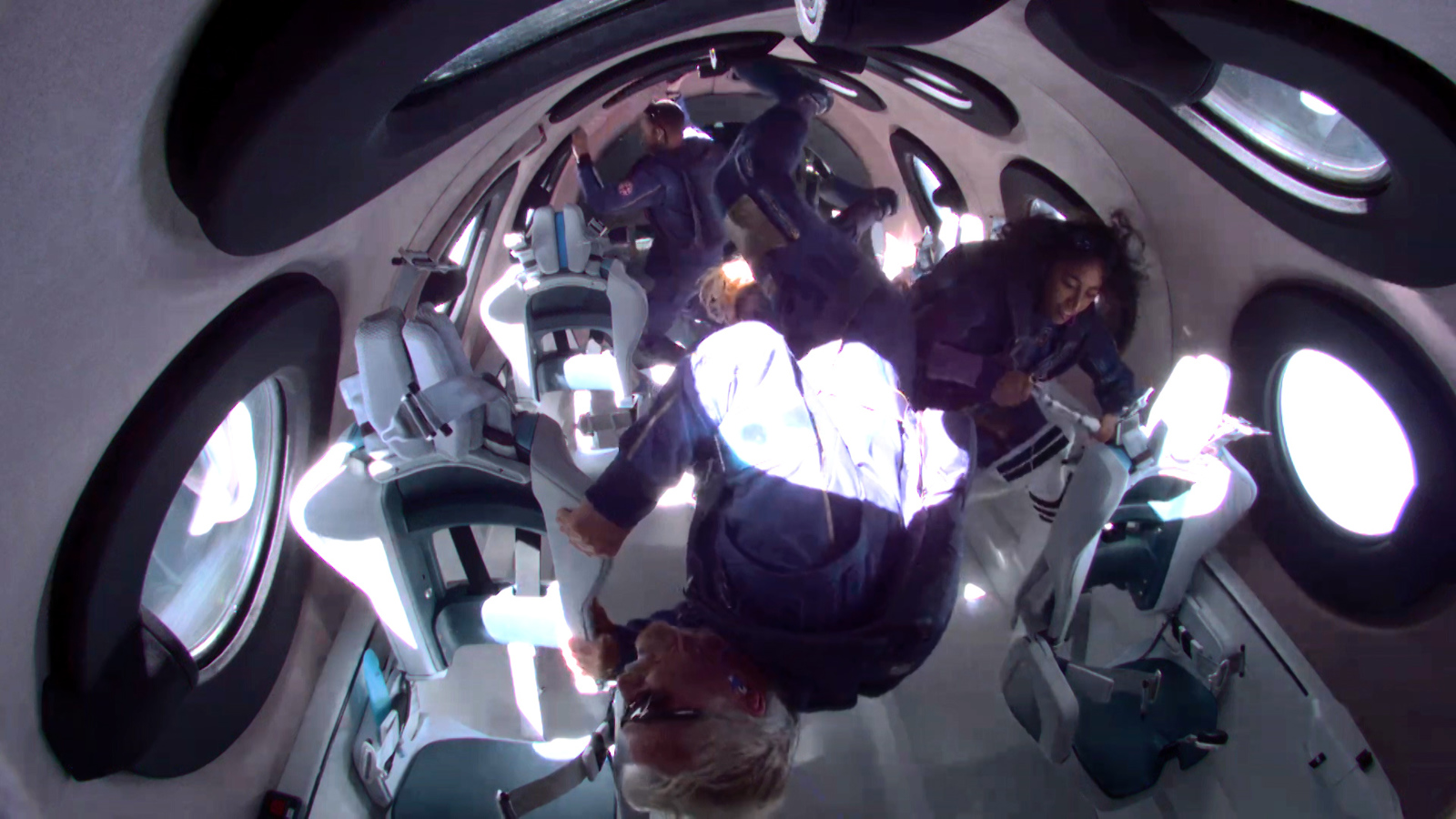 Unity22 crew at zero gravity. Photo: Copyright © Virgin Galactic.
VSS Unity achieved a speed of Mach 3 after being released from the mothership, VMS Eve. The vehicle reached space, at an altitude of 53.5 miles, before gliding smoothly to a runway landing at Spaceport America.
This seminal moment for Virgin Galactic and Sir Richard Branson was witnessed by audiences around the world. It gave a glimpse of the journey Virgin Galactic’s Future Astronauts can expect when the Company launches commercial service following the completion of its test flight program. 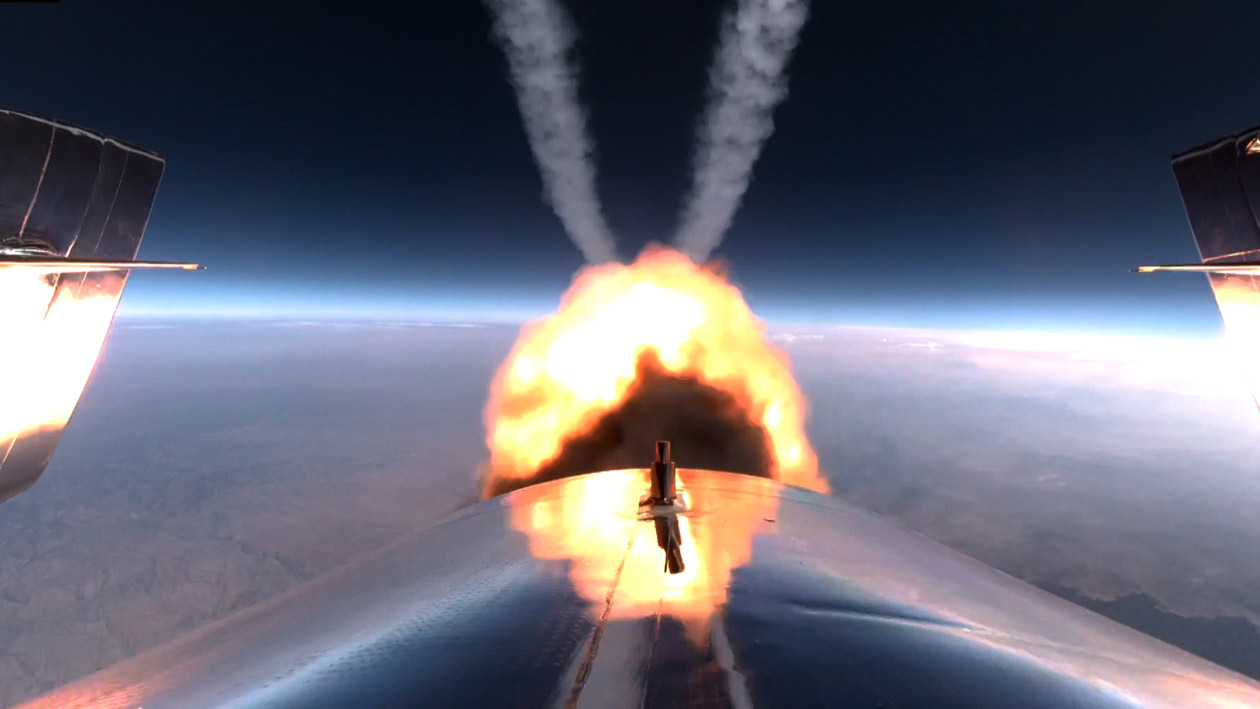 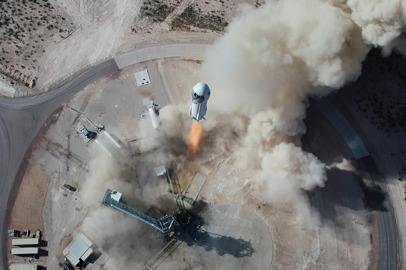